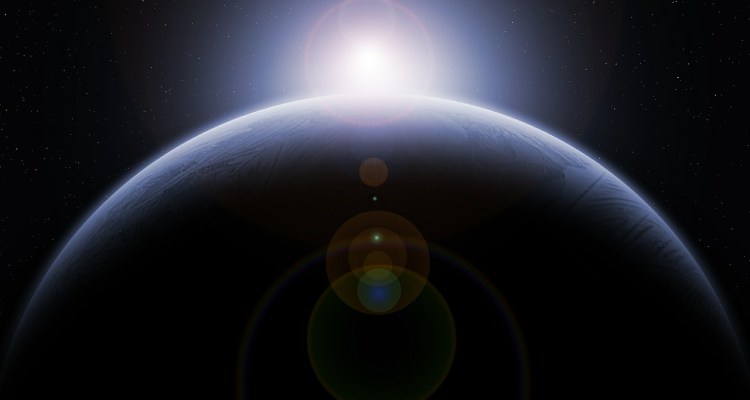 Nationalism — Empathy is Not a Bad Word

Part of humanity’s progress has followed from picking up on ideas learnt from others, using and conserving them. One reason why human beings rule the planet, as opposed to the genetically almost identical great apes, is that we can keep building on what others have already accomplished.

A mental instrument that we often apply to do this is called empathy, also a highly miscomprehended and misrepresented sort of word and concept.

In this text, I will essay to give empathy back its original meaning. The plan is to bring the concept of empathy back to its deserved place and stature – and also to point out why it matters, and matters vitally, to Nationalists of all extractions.

Media, SJW’s and PC flakes have lately taken to fielding empathy as a sort of fashion or buzzword. What they seem to mean, and I am not sure that the majority of them could state this in any intellectually acceptable way, is that everyone has to understand and accept most everything that happens to be going on at a larger scale, at the peril of being accused of having no empathy.

Where they go wrong is exactly here:

a) having empathy means being able to understand another person’s way of thinking, inclusive of his underlying motivations, his possible misunderstandings and his general philosophy, rooted in his feelings (Greek empatheia means feeling or passion), because what and how we feel is just the preamble to what and how we think

b) having empathy has, in and of itself, zero implications for accepting or approving of another person’s way of thinking, or that way of thinking’s consequences – we can accept, sympathize or choose to do the opposite at our discretion, as long as we have an empathy-based basis of insight on which to found our conclusions

We apply empathy when we play chess (at least when we play in any sort of meaningful way). We want to understand our counterpart’s thinking, reasoning and the game plan to which we surmise that these will lead. It does not follow that we would think any differently about trying to win the game itself. We also apply empathy in team sports, both in understanding members of our own side and members of the opposite side. We have no less intention of winning the game because we take care to understand what the participants are thinking.

Partly because the enemy – media, SJW’s and PC flakes to mention just a few – doesn’t really understand empathy or how to apply it, his propaganda game is very often a joke. The enemy embraces globalization’s agenda of Islamism, mass migration, social disintegration, offshoring of jobs from the Occident and the complete dismantling of the national state, all in the name of understanding and tolerance.

Just because these phenomena have cropped up and seem to be going on of their own mystical accord, the enemy feels that this is somehow a natural progression of affairs and that understanding and acceptance is in order, inclusive of migrants, robber barons and crooked politicians… Empathy? No, anarchism, indifference and contempt of humanity. How have they managed to sell all this to the public over the last few years? F is the only possible grade they can get, and one preponderant reason is that the enemy and his shills can’t think outside of the narrow box in which they are jammed – they just can’t muster the empathy to understand how worried the public is about the many negative goings-on that globalization entails. With a minimum of empathy, they could have fooled a lot of the people, for a lot of the remaining time before the showdown.

Further, the enemy understands zero about Nationalism and the Alt-Right and the only feeling about us that he allows himself is unreserved revulsion. Just listen to him around sabotaged Trump rallies, for instance: “Who shuts **** down? WE shut **** down!”. Or any other similar example from anywhere around the world – no real way to endear yourself to your target audience, or getting them to see what it is that you want. This has a way of obstructing his analysis and the crafting of solutions to counter-act us.

It seems clear that it just isn’t the done thing in enemy circles to even try to empathize with us, to understand anything about us, who we are, where we are coming from or what we are doing. It is a low-status sort of endeavor to even study us – mainly relegated to B-grade journalists when there is not enough to do in the way of reporting from dog shows or the like. The results come out as you might expect, and there is no real reason to worry that the enemy will understand anything material about us until it is too late. For him.

It is a critical strategical advantage that we hold that the enemy neither understands the concept of empathy, nor holds any real capacity for empathy. The message to me is that this is an advantage that we should press.

Nationalism and the Alt-Right Need to use Empathy for Leverage

If the enemy doesn’t want to put empathy to meaningful use, this is all the more reason why we should pick up what he dropped. We don’t need to compromise for as much as plugged nickel’s worth about our core values, or about our end objectives, just because we have our listening ears on and take time out to understand other people – other Nationalists and Alt-Right sympathizers as well as enemy representatives, and most importantly of all, the public that we need to get on our side.

We need to state our case in a way that is tailored to the way that the, as yet, unconvinced portions of the public can most easily accept. It may not always be the most elegant way, or the dialectically most impressive way. Think what you will about Dale Carnegie (he lived in a different world, where mass migration was not allowed to displace civilizations), but his basic message is for everybody with an ambition for reaching out to the public – try to mentally walk a mile in any targeted person’s moccasins, understand what drives him (and what doesn’t), and see if his self-interest, as you can best understand it, isn’t the right way to win his heart and mind. Above all, we must be patient and gracious. No hard feelings for late-comers, just think about the Bible’s Prodigal Son and the message of that story to us, today.

We need to have our conflict with the enemy in the way that most efficiently demoralizes and confuses him, and also in the way that most efficiently wins the public to our side. There is no substitute for studying and understanding the enemy, in order to exploit his deficiencies. There is very often a kind of method in his madness (unlike Hamlet, the enemy doesn’t have to pretend that he is mad, he just is mad), and we need to understand it so we can pick it apart. Empathy – again, not the same as sympathy – is a critical tool in the toolbox.

What I hope comes across as a meaningful general message here is, of course and necessarily, embedded in portions of what may be self-evident to a number of sophisticated readers. As always, I welcome a follow-on discussion and constructive criticism.

Topicsnationalism
Share on FacebookShare on TwitterShare on RedditShare on VKontakte