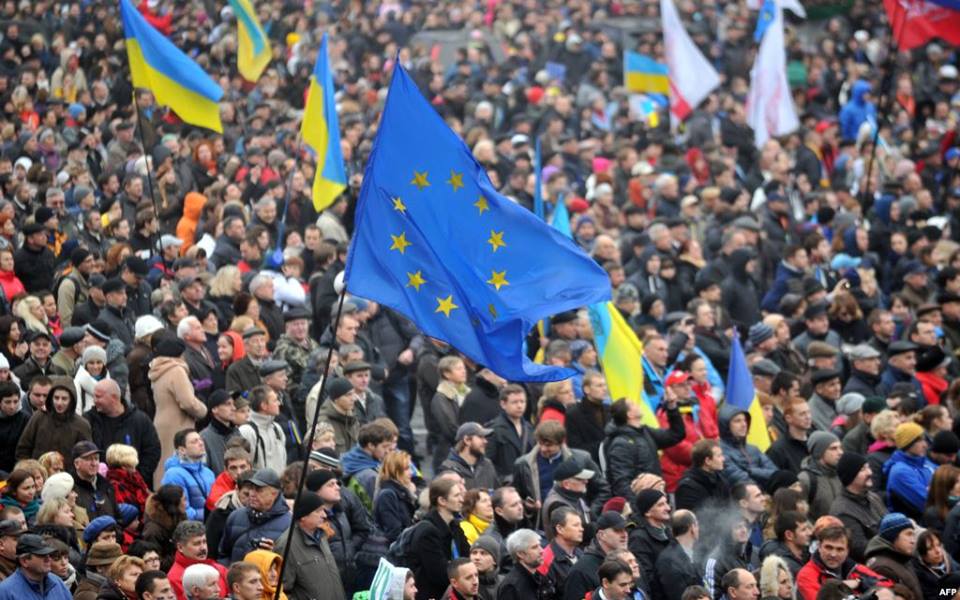 The Geopolitics of the Color Revolutions

The battle between Eurasianism and Atlanticism within the post-Soviet space and the integrational processes of the CIS, on one hand, and the color revolutions on the other, was so evident that it is unlikely that any sober-minded Atlanticist could fail to understand what was put into action there.

One of the primary reasons we created Arktos in 2010 was to make the groundbreaking works of the Russian philosopher, Alexander Dugin, available in English, and toward this end we acquired the rights to most of his corpus early on. (…) The books we plan to publish are: The Rise of The Fourth Political Theory, Ethnosociology: The Foundations, and Ethnos and society. (…)

If we can raise at least 70 000 SEK towards translation and editing costs, there is nothing that can stop us from getting these three important books published over the next six months, with the first two being published in the first quarter of 2017.

In the same period, opposite geopolitical tendencies, “color revolutions,” began to unfold intensely. Their meaning consisted in bringing to power openly anti-Russian, pro-Western, and often nationalistic political forces in the countries of the CIS, and thereby finally tearing these countries away from Russia, to frustrate integration, and in the long term to include them in NATO as occurred in the Baltic countries. The peculiarity of these revolutions was that they were all aimed at bringing about closer relations of the countries in which they occurred with the USA and the West, and they followed the method of “non-violent resistance,”1 which American strategists had elaborated in the framework of the “Freedom House” project.2 This was carried out through subversive measures and the organization of revolutions that had been executed in the Third World under the direction of the CIA.

In November 2003, the “Rose Revolution” happened in Georgia, where the evasive Eduard Shevardnadze, who had been wavering between the West and Moscow, was replaced by the strictly pro-Western, radically Atlanticist, and pro-American politician Mikhail Saakashvili. An active role in the events of the “Rose Revolution” was played by the youth organization Kmara (literally “Enough!”), which acted in accordance with the ideas of the primary theoretician of analogous networks of protest organizations, Gene Sharp, and with the methods of “Freedom House.” These techniques had already been tested in other places; in particular in Yugoslavia during the overthrow of Slobodan Milošević, using the pro-Western Serbian youth organization Otpor.

After coming to power, Saakashvili headed immediately for a swift deviation from Russia and for closer relations with the USA and NATO. He set about actively sabotaging any initiatives for integrating into the framework of the CIS and attempted to revive the essentially anti-Russian unification of the governments of the CIS with the GUAM bloc: Georgia, Ukraine, Azerbaijan, and Moldova. Saakashvili’s circle consisted mainly of advisors who had received their education abroad and were not historically connected to the Soviet experience. After this time, Georgia stood in the avant-garde of the Atlanticist strategy in the post-Soviet space and took an active role in the opposition to Eurasianist tendencies. Putin and his policy became Georgia’s main adversaries. Later, this spilled over into the events of August 2008, when it became the Russia-Georgian War.

In December 2004, in a similar scenario, the “Orange Revolution” happened in Ukraine. Elections were held, in a race between the protégé of Kuchma,3 who followed an ambivalent policy between the West and Russia; V. Yanukovich;4 and the entirely pro-Western and strictly anti-Russian nationalist politicians, V. Yushchenko5 and Y. Timoshenko.6 The forces were approximately even, and the outcome was decided by the mobilization of the masses and particularly by those youths who supported the “orange” cause through massive demonstrations, organized along Gene Sharp’s model. The youth movement Pora7 played an important role in these processes. After Yushchenko’s victory, Ukraine took a firm anti-Russian position, started to actively counteract any Russian initiatives, began an attack on the use of the Russian language, and began to rewrite history, representing Ukrainians as a “people colonized by Russians.” Geopolitically, Orange Ukraine became the conductor of a distinctly Atlanticist, thalassocratic policy, directed against Russia, Eurasianism, tellurocracy, and integration, and durable ties were established between the two most active Atlanticists in the post-Soviet space, Saakashvili and Yushchenko. Geopolitical projects for the formation of a Baltic-Black Sea community arose, which, theoretically, comprised the countries of the Baltic, Ukraine, Moldova, Georgia, and the countries of Eastern Europe, Poland, and Hungary, who are, like the Baltic countries, members of NATO. This was a project for the establishment of a cordon sanitaire between Russia and Europe, built in accordance with the maps of the classical thalassocratic geopoliticians.

The positions of the other members of GUAM — Moldova and Azerbaijan — were not as radical and were largely dictated by local problems: Moscow’s support for the mutinous Trans-Dniester Republic, which had announced its independence from Moldova in 1991, and the military collaboration between Russia and Armenia, that shared insoluble antagonisms with Azerbaijan over the occupation of Karabakh. The entire picture of the post-Soviet space in Putin’s era was characterized by the transparent and distinct opposition of the civilization of Land (embodied in Russia and its allies) and the civilization of the Sea (embodied in the GUAM countries, led by Georgia and Ukraine). The Heartland strove to expand its sphere of influence in the CIS through processes of integration, while the USA strove through its satellites to limit the spread of Russian influence in this zone and to lock Russia within its own borders, and to gradually integrate the new countries surrounding it into NATO.

The battle between Eurasianism and Atlanticism within the post-Soviet space and the integrational processes of the CIS, on one hand, and the color revolutions on the other, was so evident that it is unlikely that any sober-minded Atlanticist could fail to understand what was put into action there. But the might of the Atlanticist networks of influence in Russia itself again made itself known: there was no broad social understanding of the processes taking place. Experts commented on particulars and details, losing sight of the most important aspects and consciously creating a distorted picture of events. Moreover, Putin’s actions, aimed at deciding the problems of integration, were either suppressed or criticized, while candid Russophobia, which ruled in Georgia or Ukraine, was overlooked or reinterpreted neutrally.

The Russian media and the community of experts not only did not help Putin conduct his Eurasian campaign but, more often, prevented him from carrying it out. This was yet another paradox of Putin’s first period of rule.

1 Gene Sharp, From Dictatorship to Democracy: The Strategy and Tactics of Liberation (Boston: Albert Einstein Institution, 1994).

2 Freedom House is an American non-governmental organization that was founded in 1941. Its stated goal is to spread democratic ideals throughout the world. It receives funding from the US government, and many countries have accused it of interfering with their internal affairs, claiming that Freedom House has links to the State Department and the CIA.

3 Leonid Kuchma (b. 1938) was President of Ukraine from 1994 until 2005. He sought a balanced approach to Ukrainian foreign relations that would include relations with both the EU and the CIS.—Ed.

4 Viktor Yanukovich (b. 1950) initially won the 2004 election, but widespread allegations of election fraud led to the Orange Revolution, and Yuschchenko became President instead. He was elected in 2010, but was overthrown by the Euromaidan revolution in February 2014 following his announcement of his plan to abandon integration with the EU in favor of closer economic relations with the CIS.—Ed.

5 Viktor Yuschchenko (b. 1954) was President of Ukraine from 2005 until 2010. Following an assassination attempt which nearly killed him, he was brought to power following the Orange Revolution.—Ed.

6 Yulia Timoshenko (b. 1960) was one of the leaders of the Orange Revolution and served twice as Prime Minister of Ukraine, subsequently.—Ed.