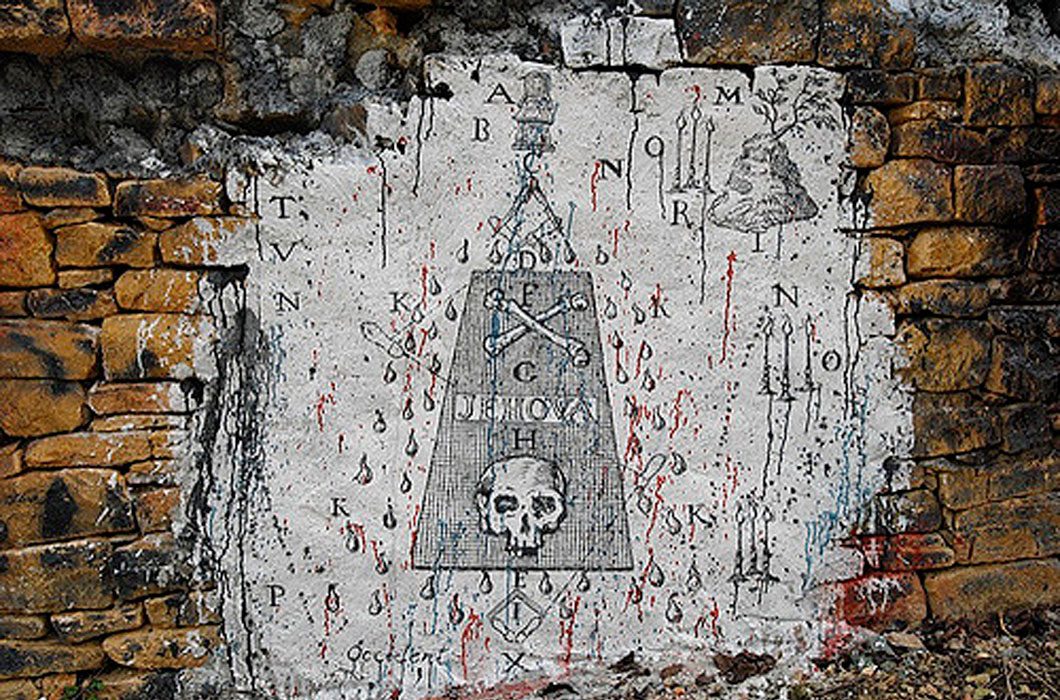 Archeofuturism 2.0 is a full-on future dystopia, predicting that the entire globalist civilization will collapse like a cheese-and-hummus soufflé by 2025.

June, 1914. Europe is at the height of her power, and summer enters proudly, ready to shine with all her fire. It’s the final summer of the Belle Epoque; the last beautiful days before the iron hurricane. And although international tensions continually unnerve the public mind, in high society, everyone is serene: this crisis will surely blow over like the rest, like the one in 1910, won’t it? The Kaiser will never go for war. He’s not mad!

So! The leaders of the “liberal” democracies of Europe are sort of waking up to the fact that welcoming millions of carriers of an ideology that reviles you and your liberal democracy might not be the best way to run said racket. This has not been achieved without ceremonially scolding a few Geert Wilders along the way—but at least Angela Merkel has realized she needs to cover her ass by calling for a jihad on cloth for heads, thereby relieving the fabric shortage caused by her ample Teutonic behind.

While the migrant crisis has been extreme enough to make it clear to pretty much any sentient being that Islam is incompatible with pretty much anything, the French journalist Guillaume Faye has been saying so for long enough that he’s apparently  grown bored of writing essays about it, and has spun off into science fiction instead.

Faye is perhaps best-known these days for Archeofuturism, a book-length 1999 essay (re-released by Arktos in 2010) that predicted the cataclysmic end of our technological age. The end times will be brought about by a “convergence of catastrophes,” both ecological and economic, facilitated by the globalist attempt to smush incompatible cultures together just for shits and giggles (or divide and conquer). He predicts the collapse will bring about a return to a patriarchal, pastoral, medieval-type society—that’s the “archeo” in the term archeofuturism—letting loose the mead-horn-swinging man’s world that is only ever barely fettered by civilisation anyway. The feminised civilisation that can’t help trying to mother bearded 10-year-olds has dug its own grave.

The long-awaited fictional sequel, Archeofuturism 2.0, has now appeared for the first time in English, in my translation, published by Arktos.

Although the first book was somewhat fatalistic—Faye didn’t seem to think anyone in power will listen to him—there was still a hint of warning and encouragement. Archeofuturism 2.0 is a full-on future dystopia, predicting that the whole thing will collapse like a cheese-and-hummus soufflé by 2025.

Normally, injecting obvious politics into fiction is the quickest way to get your book thrown across my living room. And although some of Faye’s predictions have come true so far, the “utter collapse by 2025” trope, as fun as it sounds, is melodrama. (And I can’t say I’m with him when he gets on his miscegenation hobbyhorse.)

But as I went through Archeofuturism 2.0, I began to suspect that the reason most political fiction is excrement is because most people write political fiction while they’re still high on whatever ideology they’re so excited to write a book about. The virtuous heroes and predictable tin-can villains that result are about as much fun to read about as the instruction booklet for a dishwasher.

As the socialist George Orwell wrote brilliant satires of groupthink when he was at the end of his rope with socialism, Faye, now that he’s worn himself out warning people off mass immigration, has been able to make entertaining post-apocalyptic fiction which touches on the topic and then takes off into the realms of the imagination. Faye hasn’t written Archeofuturism 2.0 to tell us how we should live; it’s an exploration of how we will live, should his predictions come true, delivered in a droll tone and sub specie aeternitatis.

In the introduction he sells the narrative as a series of stories that are tenuously linked and could stand alone, but frankly the later stories don’t make all that much sense without the opening tales; fortunately, they’re all sold as a unit. It is what reviewers should call a “sweeping tale”; they seem to use that term for everything now, unfortunately, but this is the real enchilada, following the globalist civilisation as it collapses in Faye’s native France, and then all around the globe, and then stretching forward in time toward eternity. For a moment the embers of human civilisation are banked and nearly snuffed; but legends of a golden past inspire intrepid individuals, and one day a time capsule is unearthed…

The situations and characters are as varied as they are fun: there’s a young Italian engineer who time-travels from the present to 2065 and finds herself in a forced marriage with a smelly medieval warrior; a French-Canadian king whose paranoia destroys what’s left of North American civilisation; there are brave sailors from North America who discover the New Continent of Europe, an inventor who rediscovers paper, and an advanced species evolved from dolphins who, for all their wonderfulness, still can’t manage to exist in academia without being unintentionally funny jackasses. The prose is clear, unpretentious, and sprightly; as I joked while working on the English translation, when I was tired, I would choose to work on translating Faye rather than reading Huysmans, as the former  activity is considerably easier. (Yeah, translator humor isn’t all that humorous.) Here’s a bit of dialogue from a character who is thrilled to have reinvented writing paper:

“MY INVENTION WILL DETHRONE THE COMPUTERS!”

I remained speechless, and he explained: “As you will have noticed, I wrote this sentence without the aid of any electronic device whatsoever. … Neither my ultra-flat screen, nor my chtilett, nor my bottle of liquid will ever have any kind of breakdown! … I’ve gotten rid of the interface! It’s my brain that has replaced it. My research into the brain indicated to me that the human hand could write directly, without having to pass through the computer interface. But I took it further than that. I can prove to you that we can even bypass the machines to do calculations!’

Thinking of paper as an ultra-thin version of a computer screen is one of the more polite and trivial tidbits of food for thought Faye scatters throughout the collection; human foolishness is an even more fundamental theme in literature than is love, but Faye’s take on it does not feel shopworn (although some will find his grasp of physics, which is tenuous, distracting). There is a tendency to wordiness and repetition in some dialogue and descriptions, and I felt tempted to overstep my bounds as a translator and edit; then again, writing for the Internet has probably given me ADHD by now.

As Faye and many others have pointed out elsewhere, there is a tipping point, at which the mass of conquest-minded colonists may be in a position to kill off Europe as a meaningful civilisational unit. If we reach that point, the best-case scenario is a legislative takeover à la Houellebecq in Soumission; worst-case scenario is a maelstrom-level civil war that leaves everything in smoking ruins, as in Faye’s vision

I do not expect the current standoff in France to end well, at least not with any sort of ease, and there will be more blood (on Merkel’s hands). The country has been under a state of emergency, prompted by the Friday the 13th massacre, for 13 months, and the National Assembly this week has extended it a fifth time—to last out the elections and into next summer, making it the longest state of emergency since the Algerian War. The French police say they are losing control as it is, while overtly hostile fighting-age men continue to arrive.

But as unpleasant and dangerous as the situation in Europe seems to be, particularly for women, the tipping point is not inevitable. As Brexit has shown, Europeans are not literally sheep, and as the bodies and rape victims pile up, non-Muslims are going to get annoyed enough with their leadership that their own need for votes may force the Merkels to do more than ban burkas. (Actually jailing or deporting migrants who commit grotesque crimes that anyone else would be locked up for would be a nice start—but what Europe has really got to do is end the welfare state. Paying revenge-minded colonists to reproduce at your expense is insane.) As much as I like to complain about the depressingly stupid and shoddy contents of most of the Internet, at least it allows European peons to do an end run around the mainstream press and compare notes on the migrant crisis. (Although if you want news that is professionally done and not choked with ideology, try the nice center-right publication Le Figaro; I find it worth forking over for a premium subscription.)

On the other hand, not only is Western civilisation unlikely to last in a recognisable form forever, Faye predicts, the chances of our species attaining immortality are nearly as low. He uses the death of the nation to ease the reader into meditations on the end of the species; he uses the turnover of biological groups in ascendency as a metaphor for the turnover of regimes, and vice versa. It’s in part chilling, but “stoic” would probably better describe the tone. Civilisations rise and fall, but life itself is annoyingly tenacious; the last few chapters come off as a fond “Fare thee well, suckers!” to whatever species supplants us, and whatever supplants them. Or to borrow a line from Aaron Clarey, “Enjoy the decline”… however long that takes.