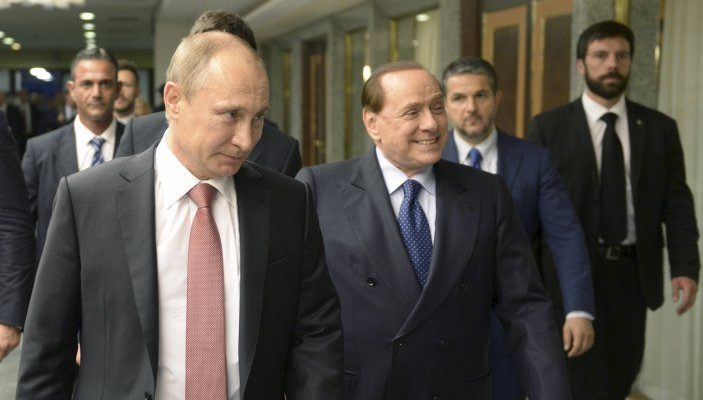 The Atlanticist Network of Influence in Putin’s Russia

The fact that Putin’s strategy did not receive its proper formulation, while the influence of the pro-American, liberal, thalassocratic networks were not ended and were preserved in full measure during Putin’s rule, should be stated as an empirical fact and an important circumstance in the general geopolitical evaluation of his governance.

The abrupt change of course of Russian policy during Putin’s rule, following a vector that was the opposite of the one that had preceded it, was nevertheless not fixed, neither in Russia’s strategic doctrine, nor in the government’s ideological programs and manifestos, nor in the specification of national interests and the methods of their realization, nor in the systematic increase in Russia’s geopolitical, economic, and political might. Putin normalized the situation and ended the most destructive and catastrophic phenomena. This was the meaning of his mission. But there was no real project for Russia’s future geopolitical development, and no Eurasian agreement was worked out during the two terms of his presidency. Everything was limited by practical steps, directed toward controlling the most destructive processes without an orderly and consistent civilizational plan. Putin adapted himself to the situation, striving at every opportunity to strengthen Russia’s position, but if no such situations turned up, he focused his attention on the resolution of purely technical problems.

Thus the specific practical-technical style of his administration was worked out. The general line of development of his policy was directed along a Eurasian, land-based, tellurocratic vector, and this predetermined the primary substance of his reforms. But this line did not receive a conceptual and theoretical formulation. Instead, the policy was carried out entirely by technical political methods; often one thing was proclaimed, while in practice something entirely different was done. Official discourse contained deliberate or accidental contradictions and appeals to a thalassocratic system of values; liberalism and Westernism were alternated with patriotism, tellurocracy, and the affirmation of the values and uniqueness of Russian civilization. Overall, this produced an eclectic atmosphere, and all sharp corners were avoided by means of confusing public relations campaigns. It is common to tie this style of contradiction, of purely technical and vacuous policy, to the Kremlin’s main ideologue during Putin’s reign, Vladislav Surkov.1 Surkov took strict care that in almost every political declaration, appeals to incompatible values and sociological, political, and geopolitical models were preserved. There were appeals to statehood and liberalism, to the West and to Russian uniqueness, to hierarchical authority and to democratization, to sovereignty and to globalization, to a multipolar world and to a unipolar one, to Atlanticism and to Eurasianism. All the while, none of these orientations was supposed to have any greater validity than its opposite.

The pool of experts at the Kremlin was preserved unchanged from the 1990s and represented the prevalence of liberal and pro-Western, pro-American analysts, and were often also the West’s direct agents of influence. It is revealing that, from the end of 2002, the journal Russia in Global Affairs started to circulate, openly declaring that it was a subsidiary publication of the American journal Foreign Affairs, published by the Council on Foreign Relations, the center for the elaboration of the Atlanticist, thalassocratic, and globalist strategy. During Putin’s presidency, this journal was not only published officially and openly, detailing the main geopolitical and strategic projects of the USA for the unipolar organization of the world, it also included on its editorial committee the following exceedingly influential and high-placed figures: A. L. Adamishin, the extraordinary and plenipotentiary ambassador of the Russian Federation; A. G. Arbatov, the Director of the Center of International Security of IMEMO; A. G. Vishnevsky, the Director of the Center for Demography and Human Ecology of the Institute of Economic Forecasting; A. D. Zhukova, First Deputy Chairperson of the Russian Federation; S. B. Ivanov, once secretary of the Security Council of the Russian Federation, later Minister of Defense and First Deputy Prime Minister; S. A. Karaganov, who was curator of the publication and Chairman of the Presidium of the Council on Foreign and Defense Policy (created as an affiliate of the CFR in Russia in 1991); A. A. Kokoshin, a distinguished figure of “United Russia”; Y. I. Kuz’minov, chancellor of the State University Higher School of Economics; S. V. Lavrov, Foreign Minister of the Russian Federation, an excellent and plenipotentiary ambassador of the Russian Federation; V. P. Lukin, Commission of the Russian Federation for Human Rights; F. A. Luk’yanova, the editor-in-chief of the journal Russia in Global Affairs; V. A. May, the chancellor of the Academy of the Narodni Economy under the Government of the Russian Federation; V. A. Nikonov, the President of the “Policy” and “Russian World” foundations; V. V. Posner, the President of the Academy of Russian Television; S. E. Prikhod’ko, assistant to the President of the Russian Federation; V. A. Ryzhkov, former Deputy and eminent member of the liberal opposition; A. V. Torkunov, chancellor of the Moscow State Institute of International Relations; I. M. Khakamada, a politician of the ultra-liberal opposition; and I. J. Jurgens, Director of the Institute of Contemporary Development, as well as Vice-President and Executive Secretary of the Russian Union of Industrialists and Entrepreneurs (Employers) and others.

It is difficult to imagine that such highly placed actors — among whom we also see the President’s counsellor on foreign policy, the Minister of Foreign Affairs, highly placed officials of the special services, and elite managers from the scientific community — did not know the nature of the editorial board of the organ they had chosen to join. Consequently, this group, which united those closest to Putin with ardent members of the opposition, was consciously formed on a pro-American, thalassocratic, liberal, globalist, and Atlanticist basis. After this, it is not surprising that Putin’s Eurasian and tellurocratic policy did not receive a fitting and consistent formulation: the American network of agents of influence, which reached to the heights of Russia’s authorities, immediately extinguished any attempt to develop Putin’s actions to the level of a system or to fix its logic as a program, project, doctrine, or strategy.

And again, the manager responsible for domestic policy in the President’s administration, Vladislav Surkov, played the key role in ensuring that no serious steps toward the creation of such a strategy took place, and were instead replaced by empty tricks of political manipulation. Being very experienced in such techniques and understanding how information and image strategies work, he single-handedly established a political system in Russia in which everything was knowingly based on postmodern paradoxes, on the conscious entanglement of all political forces, and on hybrid crosses of patriotic elements with liberal-Western ones.

We can raise the question: were Surkov and the highly placed Russian bureaucrats of the first tier acting independently when they supported Atlanticism and the consistent sabotage of the development of a real strategy? Instead, there were only caricatures and vapid public relations events in the spirit of Strategy 20202 or the pompous and pointless forums held under the aegis of “United Russia.”3 Or did Putin consciously veil his reforms behind the smokescreen of an endless sequence of pointless and contradictory pronouncements and actions, confusing both his enemies and his friends? We cannot answer this question today, since time must pass for many things to become clear. We cannot rule out that this was his policy for the disinformation of the adversary (Atlanticism, the USA, globalism) and had been intended to divert attention while he latently undertook a series of concrete steps directed toward securing Russia’s might, accumulating its resources, and consolidating its energy management and major economic policies. But we are probably dealing with a case of the planned sabotage of Putin’s Eurasian initiatives by Atlanticism’s agents of influence, retained at the upper levels of power and at the head of the highest institutions of learning from the time of Gorbachev and Yeltsin, when orientation toward the West and to the unipolar world was the official policy of the Russian government.

The fact that Putin’s strategy did not receive its proper formulation, while the influence of the pro-American, liberal, thalassocratic networks were not ended and were preserved in full measure during Putin’s rule, should be stated as an empirical fact and an important circumstance in the general geopolitical evaluation of his governance.

Besides the editorial committee of the journal Russia in Global Affairs, the most influential experts of an openly Atlanticist persuasion (in part overlapping the membership of its editorial committee) made up the basis of the intellectual club “Valdai,”4 with whom Putin, and later his successor, Medvedev, regularly met. The peculiarity of this group is that American and European experts were included side by side with Russian agents of influence, including a group of figures who had a direct and manifest relation to American intelligence agencies; in particular, A. Cohen,5 A. Kuchins,6 C. Kupchan,7 and F. Hill.8

1 Vladislav Surkov (b. 1964) was First Deputy of the Presidential Administration from 1999 until 2011, and is regarded as the chief ideologue and architect of the Russian political system as it exists today.—Ed.

3 United Russia is currently the largest political party in Russia, and is the party of Putin.—Ed.

4 The Valdai International Discussion Club was founded in 2004 to provide a forum for international experts to gather and discuss the future of Russia.—Ed.

5 A senior researcher at the American “Heritage Foundation,” specializing in the study of Russia, Eurasia, and international energy security.

6 Director of the Russian-Eurasian program and a senior researcher at the Carnegie Foundation for International Peace USA.

7 Director of the Europe and Eurasia section of the “Eurasia Group.”

8 Heads the “Russian section” of the National Intelligence Council.