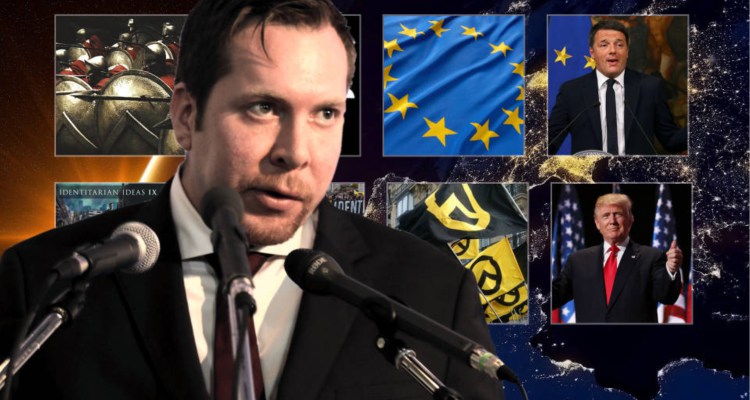 Rising From the Ruins: Identitarian Movement in Europe

I had the privilege of once again being a guest on the latest episode of Red Ice Radio, where we discussed Trump’s victory and it’s effects on the rest of the World, the upcoming Identitarian Ideas conference, the recent political victories and losses in Italy and Austria, as well as a number of other current topics.

Daniel Friberg holds an MBA from the Gothenburg Business School, and former CEO of the Swedish mining company Wiking Mineral, and a founding member of the Swedish metapolitical think-tank Motpol. He is one of the founders of Arktos Media Ltd. He is also the author of Högern kommer tillbaka: Handbok för den äkta oppositionen (Arktos, 2015), and its English translation, The Real Right Returns: A Handbook for the True Opposition (Arktos, 2015). He was also the translator of the Swedish-language edition of Michael O’Meara’s New Culture, New Right: Anti-Liberalism in Postmodern Europe, Den nya högern (Arktos, 2015).

The show begins Daniel sharing with us his thoughts on Trump’s recent victory, which he believes will prove quite beneficial to the Alt-Right. We briefly discuss the Alt-Right’s history thus far, with Daniel pointing out that our movement draws people from both sides of the political spectrum. We then consider what the establishment can do to thwart the Alt-Right’s rise to power. Daniel argues that any attempts to crack down on us will only ensure that we remain in the spotlight. Switching gears, we discuss the Trump effect, including the various ways in which world leaders have responded to his victory. The first hour also touches on the Identitarian movement in Europe, and the future of Arktos.

In the members’ hour, we begin by discussing the situation in Europe. Daniel points out that mass multiculturalism has initiated a process of polarization, by which people are forced to pick a side. He also reminds us that the defining dialectic of our day is not left versus right, but rather nationalism versus globalism. This polarization, Daniel argues, will cause civic nationalists to drift towards the Alt-Right. This leads to further discussion on our nascent movement, including what we need to do over the course of the next year. Daniel advises that us to never get lazy, and to be relentless in working towards our interests. Our show concludes with a consideration of how we can appeal to newcomers.