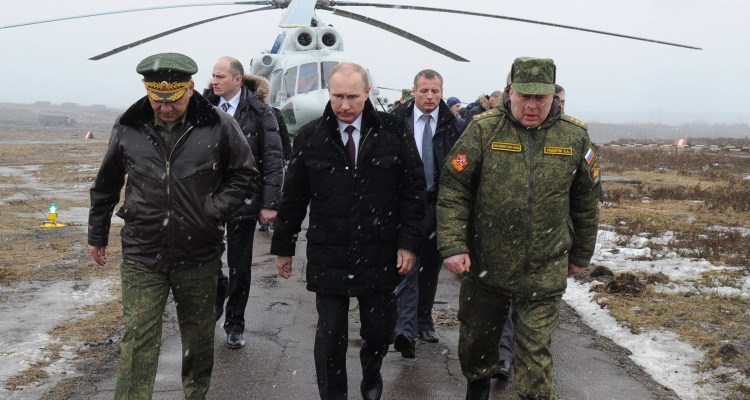 The Geopolitical Significance of Putin’s Reforms

If the actions of Gorbachev and Yeltsin were in glaring conflict with the trajectory of Russian geopolitics, then Putin’s rule, on the contrary, restored Russia’s traditional path, returning it to its customary continental, tellurocratic orbit.

Other steps taken by Putin during his first two terms as President between 2000 and 2004 were generally marked by the same sovereign, Eurasian spirit. This approach, clearly followed in the Second Chechen War, was developed and consolidated in a series of reforms that changed the political, ideological, and geopolitical course along which the country had been moving under Gorbachev and Yeltsin. The main symbolic acts in Putin’s reforms, endowed with clear geopolitical content, were the following:

Putin and his policy expressed the geopolitical, sociological, and ideological tendencies corresponding, mostly, to the main features of the civilization of Land and to the constants of Russian geopolitical history. If the actions of Gorbachev and Yeltsin were in glaring conflict with the trajectory of Russian geopolitics, then Putin’s rule, on the contrary, restored Russia’s traditional path, returning it to its customary continental, tellurocratic orbit. Thus, with Putin, the Heartland got a new historic opportunity, and the process of establishing a unipolar world hit a real obstacle. It became clear that despite all the weakness and confusion, Russia-Eurasia did not ultimately disappear from the geopolitical map of the world and is still, though in a reduced condition, the core of an alternative civilization, the civilization of Land.