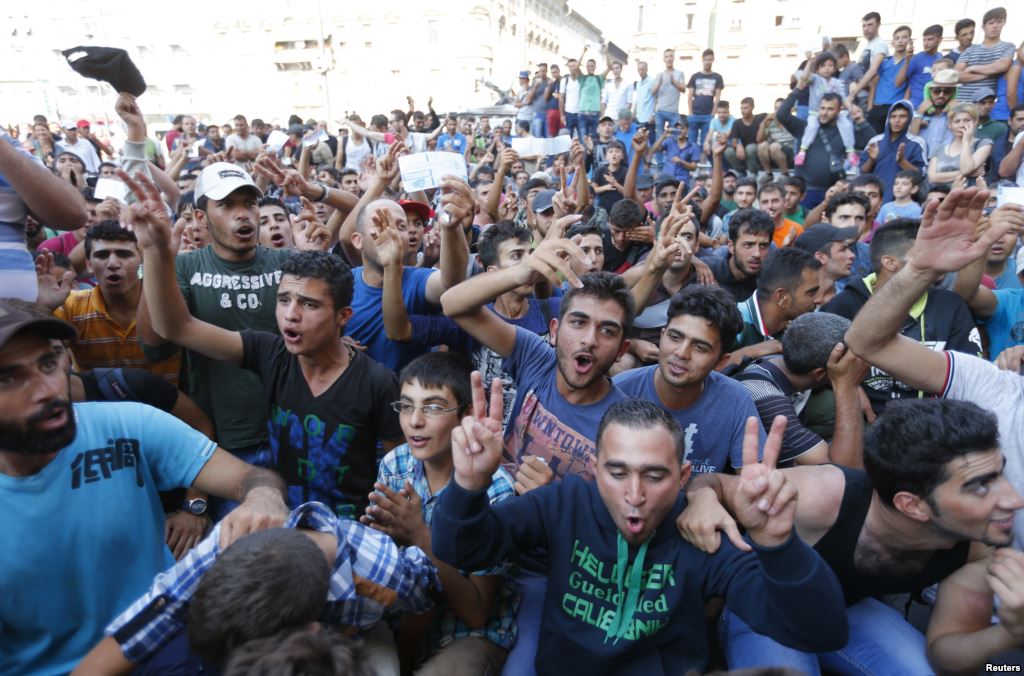 Breaking the Thermometer to Evade the Facts

What characterises any period of decline is the effort to mask this deterioration, as well as to censor those that herald the impending doom.

It is impossible for the government to know the exact number of non-Europeans present in France, since it has proceeded to break the thermometer: our statistical services do not have the right to enquire about the origins of our inhabitants.

What characterises any period of decline is the effort to mask this deterioration, as well as to censor those that herald the impending doom. One either denies the figures — which is hardly possible — or, more frequently, argues that this ethnic and demographic maelstrom is not a threat and breeds unjustified fears and ‘fantasies’. Through intellectualist cowardice, one remains oblivious to reality, or rather to its consequences.

‘Psychiatrists agree on the fact that we fear what we do not know’, Véziane de Vézin wrote (Le Figaro, 1 April 1999). Such psychiatrists simply strive to exorcise whatever is real until reality catches up with everyone. The same Véziane of Vézin deplores the ‘impossibilities set by the INSEE with regard to determining the exact origins of the people during each census’. The official doctrine is therefore that the government and particularly our public should be kept in the dark about the real immigration figures and the extent of our colonisation. Unfortunately for them, what we witness in the street, outside school premises, and as part of immigrant criminality is bound to reveal much more to our people than the reassuring statements made by the political-media class, which whispers, ‘We are well in control of the situation. The police keep a watchful eye on things. Integration is being achieved, one way or another. All is well. The inflow is being reduced.’ Unfortunately, this is a fallacy. A wild colonisation process is actually taking place. It is as if we were living in third-century Rome without even realising it.

In the 1999 population census, the INSEE did everything to exclude immigrants from it. The form itself excluded any and all questions on the topic of ethnicity and religion. They contented themselves with an ‘associated investigation’ concerning the origins of the parents, merely probing one person per hundred and by county. Max Clos wrote in Le Figaro (5 March 1999), ‘A certain sociologist has explained that drawing attention to the ethnic or religious traits of a city may cause racist reactions. People would be tempted to equate the local population of Maghrebian or African origin with insecurity.’ As if those ‘people’ were unaware of our reality when descending into the streets… That’s another fine example of how the powers-that-be scorn our people and hold the famous principle of democratic transparency in contempt.

They smash the thermometer so that the patient does not become aware of his own fever. Since those in power deny that immigration could ever be a social cataclysm which bears a striking resemblance to a settlement activity, they act as if immigration did not exist. This kind of behaviour would be beyond comprehension in Anglo-Saxon countries, where no such ethnic taboos exist and where all censuses are careful to specify the national origin, racial group, and religious affiliation of individuals.

Michèle Tribalat, the research director at the National Institute of Demographic Studies who protested against this censorship, was accused of ‘extremist inclinations’ because she thought it was necessary to know the approximate number of Maghrebians and Africans in France. Far from being a crypto-fascist, she naïvely explained, ‘It is still the only way to understand the ghettos in some neighbourhoods, as well as to investigate possible discrimination both in the employment sphere and elsewhere.’ In short, this antiracist, noble lady is considered implicitly racist because she wants to ‘know’…

Hervé Le Bras, a demographer close to Claude Allègre,1 accused the INED of ‘Rightist tendencies’, although the Institute is widely known to be composed of Leftist researchers. He denounced ‘a risk of discrimination within the census should people’s ethnic origins be taken into consideration’. False morality always takes priority over reality.

TopicsEuropeGuillaume Fayeimmigration
Share on FacebookShare on TwitterShare on RedditShare on VKontakte