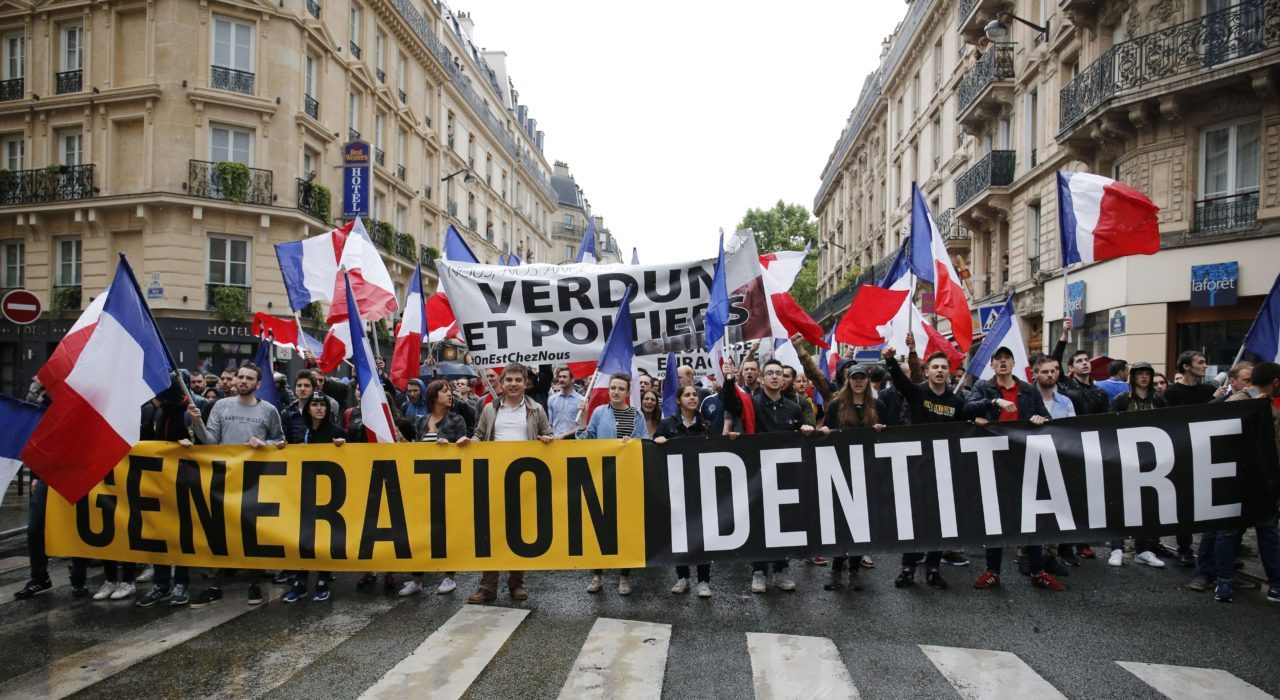 A Call to the European Youth – Part 1

Historically speaking, only active minorities matter. Masses simply follow those wilful minorities, as Lenin understood. Elite youths are the ones who must be trained, prepared, and toughened, taking account of the fact that at the time of the crisis, many will collapse mentally and new fighters will gather around the nucleus because they will be personally involved in ensuring their own safety and survival.

Jean Raspail’s novel, The Camp of the Saints, written in 1973, was a prescient work. Writing such a novel would be unthinkable today, as every major publisher would turn it down. The more specific the danger, the more the taboo is strengthened, and the more the immune system collapses the greater the silence that sets in, as is common practice with patients suffering from an incurable disease. Hush! No one ever considers having a look and facing the truth head on, nor do they ever describe the issue, analyse it, and formulate remedies to combat its presence, because even the most lucid individuals fear the judgement of the clerics and the punishment wrought by the system and its (written or unwritten) laws.

No, I am not making things up. In 1997, the Institute of France, chaired by Pierre Messmer, organised a symposium on this topic, in which all those present, from Jean-Claude Casanova to Alain Peyrefitte, felt that immigration was the key issue afflicting French society and would soon rage throughout Europe. Alain Griotteray published an article (Le Figaro Magazine, 13 December 1997) entitled ‘Immigration Could Destroy France’. His stipulation was that the Fourth Republic had met its end because of its inability to resolve the Algerian problem, while the Fifth might perish not as a result of failing to hinder and stop the ongoing colonisation process, but worse still, due to the fact that it has been denying and encouraging the latter. However, these great and well-aware minds are not really mobilising themselves in the struggle. Contrary to de Gaulle, a man who they glorify and whose attitude of resistance they rightfully admire, they never actually practice what they preach. Will we have to raise the elites’ awareness? No. It is always within every nation’s depth and thanks to the mysterious energy that arises from it that salvation is found. Peoples are akin to a land that is fertilised by the seeds of certain ideas. And the essence of every people lies in its youth, meaning in the aristocracy of its youths.

Let’s be pessimistic: it is likely that in the near future, France, and then other European countries, will stand helpless as entire cities and regions fall into the hands of immigrants or Islamist parties for purely demographic reasons. The latter are already beginning to make their presence felt, just like in England and Belgium. Due to their lack of interest, Maghrebians do not vote for ‘European’ parties right now, but they will certainly do so once they have their own candidates and parties. When entire segments of our elected authorities have fallen into the hands of non-indigenous people, which is bound to happen on all levels, some Europeans shall awaken from their torpor, but it may be too late by then.

Commenting on the Islamic threat, General Jordis von Lohausen, the Austrian geopolitician, acknowledges that Islam, which is already in full expansion and attacking Europe simultaneously from the Mediterranean, the Caucasus, and Central Asia, ‘has set up its outposts in all European capitals’. Pointing out the existence of a US-Islamic collusion, he adds:

Despite the American alliance with the princes of oil, the war in the Gulf has managed to reopen, in the minds of the Arabs, the painful wounds of humiliation inflicted upon them by the European colonial powers. […] The rulers of the Islamic states always stress the words of the Qur’an that command them to ‘kiss the hand one cannot repel’. Located at the gates of Islam, it is indeed Europe, and not the United States, that will inevitably be the first to suffer the consequences. The ageing of the population, its lack of interest in military matters, the inconsistencies of European immigration policies, the cowardice of politicians, and the blindness of the masses who have now been conditioned by unbridled consumerism all promise a bleak future. One day, Muslims may well take advantage of all this.

France has experienced many military invasions; invasions that have never, however, left any indelible marks. The latest to date, the German occupation of 1940–1944, did not Germanise France at all. Its impact is not even a patch on what is currently happening to us. For the first time since the birth of its history and since the fall of the Roman Empire, Europe is being colonised by peoples that are radically different from its own. Even the Muslim-Arab invasions that occurred in Spain, the Aquitaine area, and the Provence during the Medieval period were much less massive and severe than what we are currently experiencing. Cultural, strategic, and economic Americanisation is being combined with Arabisation, biological Africanisation, and Islamisation. We have never experienced such a worrying historical situation. Truly, Europe is the world’s sick man.

Does this mean that we are doomed and that our civilisation and ancient European ethnic groups are on the threshold of a terminal decline, a prelude to their demise and dissolution in the magma of history? The answer is clear, drawing inspiration from Nietzsche’s active pessimism. It comprises five points:

The aim is therefore to prepare European youths both mentally and ideologically to face the chaos that is likely to arise, and to restore security in the post-chaotic aftermath. Of course, the majority of our youths are incapable of reacting. They have become too mindless and too mired in ethnomasochism. Terrorised by the spectre of unemployment and economic insecurity, a high percentage of them now takes refuge in petty-bourgeois values and the dream of attaining civil servant status.

However, it is indeed the case that, historically speaking, only active minorities matter. Masses simply follow those wilful minorities, as Lenin understood. Elite youths are the ones who must be trained, prepared, and toughened, taking account of the fact that at the time of the crisis, many will collapse mentally and new fighters will gather around the nucleus because they will be personally involved in ensuring their own safety and survival.

This topic is covered in the famous monologue of Corneille’s El Cid,1 a monologue that is found at the beginning of the book and which would be considered politically incorrect today. Attempting to repel the landing Moors, a small group of volunteers led by El Cid is galvanised and loses heart, but is soon joined by crowds of new fighters. Their unlikely victory turns into a genuine triumph.

TopicsGuillaume Fayereconquista
Share on FacebookShare on TwitterShare on RedditShare on VKontakte