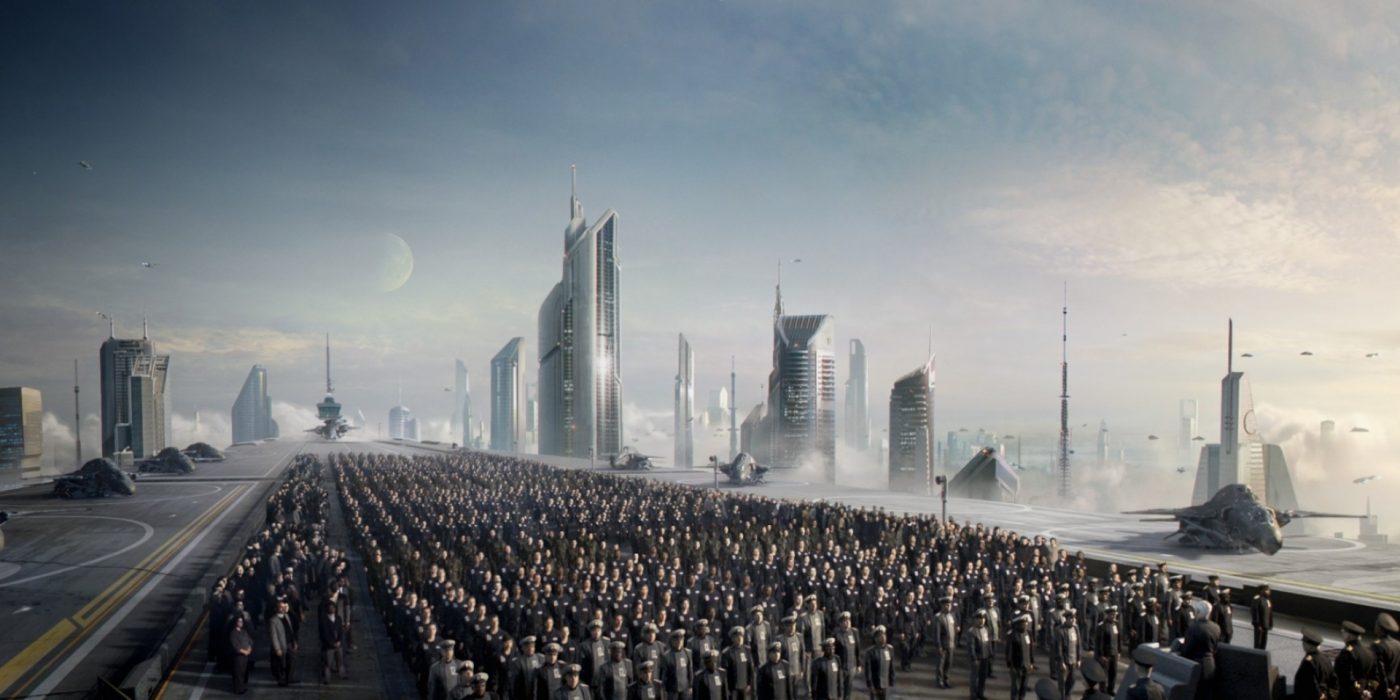 Toward a Eurosiberian Strategic Doctrine

Because a Russian alliance is preferable to an American alliance, Europeans need to stop seeing themselves as ‘the pillar of NATO’ and start dismantling NATO for the sake of an integrated military alliance (including the defence industry) that links the EU, Eastern Europe, and the Russian Federation.

Our future strategic doctrine is clear. Here are its principal axes:

1. Europeans need to form a land army, made up of native Europeans and adequate to fighting a possible religious-ethnic civil war. But is this possible with the professionalisation of the military and the abandonment of conscription? Everything depends on the criteria used to select recruits. The stakes are high. The massive presence of non-indigenous elements within the present armed forces makes them a possible fifth column.

2. Europeans need to develop an autonomous nuclear capacity, complete with full tactical and strategic assets. Given that nuclear arms are credible only when there’s a unity of decision-making behind their possible use, there will have to be a common sovereignty, and if this is not possible, then France and Russia will have to assume a ‘defensive and deterrent pact’ for Europe, like the present American nuclear umbrella. Since Great Britain is not an independent nuclear power, but a U.S. appendage, it will have to be excluded from such a pact.

3. Because a Russian alliance is preferable to an American alliance, Europeans need to stop seeing themselves as ‘the pillar of NATO’ and start dismantling NATO for the sake of an integrated military alliance (including the defence industry) that links the EU, Eastern Europe, and the Russian Federation. As the strategic prelude to Eurosiberia, this geopolitical vision of ‘armed neutrality’, perfectly anti-imperialist and defensive, corresponds to the ‘giant hedgehog’ doctrine that Robert Steuckers has formulated in his many geopolitical writings. Quite simply, we need to form a new Warsaw Pact, from the Atlantic to the Pacific!

4. Threatened by Islam and the South and by the U.S., Eurosiberia has a long-range interest in forming military and economic alliances with China and India, for they too have the same enemy as us: Islam.

5. Again, in the long-term, a future Great-European diplomacy will need to persuade the Americans that they are on the wrong path in allying with Islam and the South, and in playing their anti-European card. Even in their own strategic terms, they will not always be a thalassocratic superpower. From a visionary historical perspective, it would seem that their vocation is to return to the bosom of their motherland, Great Europe. This would be like the return of the prodigal son, as European-Americans finally realise the error of their secession. But that’s something for the day after tomorrow.

6. Good relations with the Arab-Islamic world cannot but take the form of an armed peace that never lowers its guard. The sine qua non of such a condition will entail the end of its colonisation of Europe. As the Qur’an says, Islam needs ‘to put down its hand to avoid having it cut off’. It won’t do this if there’s a sword in its hand. The idea of a ‘European-Arab Mediterranean alliance’ based on allegedly common interests is a fool’s errand, without any historical or economic basis. Europe has no need of Africa or the Middle East, which are a drag on her, a financial, economic, and human burden, and increasingly a menace. Russia is overflowing with oil, gas, and nearly inexhaustible uranium mines. It’s toward the East, toward the rising sun, that we must turn.

Our future strategic doctrine is clear. Eurosiberia will have need of no one. It would threaten no one, and no one would be able to threaten it. ‘At the European level’, as Pierre Vial puts it in Une Terre, un people (One Land, One People), page 134, ‘Europe’s objective is to form a Eurosiberian union, an imperial confederation, based on military, diplomatic, monetary, and commercial competencies, constituting a vast market in the form of a self-centred space. Capable of showing its teeth whenever necessary, such a giant power would be able to convince the other continental blocs to give up their colonising schemes — doing so without excluding the possibility of establishing bilateral relations that would serve each of their interests.’ This says it all, for only in this way can humanity’s great civilisations, each in conserving their distinct identity, cooperate to preserve the common human heritage of this planet we call ‘Earth’.

Eurosiberia is obviously a long-term perspective. A heartland to hold, an objective comparable to a ship sailing toward its destination, to the inspiration of pioneers conquering an unknown land.  Such a Grand Political perspective will undoubtedly make myopic ‘specialists’ and bourgeois politicians (always fooled by history) turn away in fright. As yet we still don’t know how we’re going to realise this great Eurosiberian project, which will entail a true metamorphic — and archeofuturist — renaissance of the ancient European idea of Empire. The road will be difficult — and stodgy intellectuals, as well as ‘realistic’ politicians, will never cease objecting to it — like sailors refusing to take to the sea because of an unfavourable wind.

Evoking a future historic alliance between Europe and Russia, Gorbachev, the visionary, spoke of ‘constructing our Common House’.