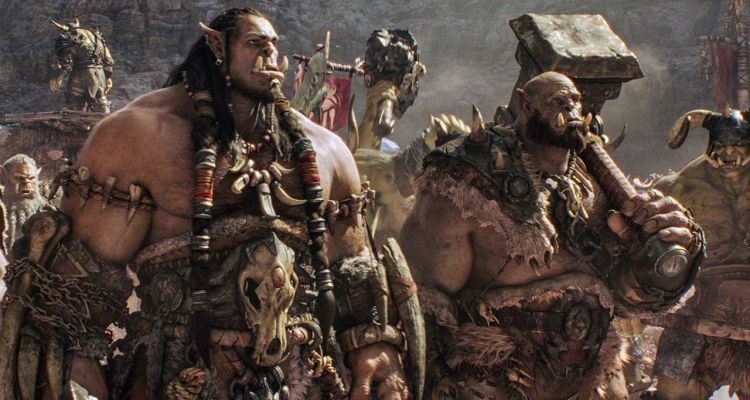 The Warcraft computer games present a world in which races have to fight for survival against other races by unequivocally pursuing their own interests against those who seek to destroy them. The film Warcraft: The Beginning instead takes this concept and turns it into a nightmare of political correctness.

I was born in 1991 and grew up playing Warcraft III: Reign of Chaos, the fantasy game in which the player must utilise strategy and tactics in order to achieve victory for a chosen race. Yes, all the factions in WC3 (as it shall be referred to henceforth) are based on race. Humans, orcs, night elves, blood elves, undead, and so forth, make up the main factions, and it is up to the player to lead them to victory. The storylines often center upon a particular race being in a state of emergency; most often a result of the aggression and advances of another race.

As far as computer games go, the lore of WC3 is well developed, and while the number of brain-dead computer games is quite vast, WC3 does not belong to this lot. All the races are set up with detailed biographies and advanced internal cultures, such that the player must learn about and get a sense of the particular struggles of this or that race. One of the longest-running and intense struggles is the one between orcs and humans, and we shall say more about this conflict, because it is the primary theme of the film, Warcraft: The Beginning.

Despite some decent CGI and a good effort from Travis Fimmel as the warrior Lothar, the film was a disappointment from beginning to end. And if this seems harsh, I am still passing a generous judgement, since it presupposes that I had some slight expectation that the film would actually be worth watching. I had expected that it, like most Hollywood productions, would be simple and adapted for a younger audience. But the real problem with the production is that the entire concept that is Warcraft has been perverted by the workings of political correctness and Cultural Marxism.

We are by now used to political correctness in films, and yet another PC film does not really merit even a raising of the eyebrows. However, the problem here is that the true essence of Warcraft is so contrary to what is put forward in this film that it is appropriate to call it a corruption or perversion of something which should have remained undefiled. As I stated above, the concept of race lays at the heart of Warcraft. And in the game, every race, without exception, chooses its own side when in conflict. If a character acts in any other way, that character is then branded a traitor, and retribution is exacted upon him before the campaign is over.

The film’s storyline, which is based on the orcs versus humans storyline of the game, goes something like this: the orcs have destroyed their own homeland, Draenor, because their use of demonic magic has burned away all life from it, rendering it a vast desert. The orcs believe that they would have better prospects if they were to conquer someone else’s territory – namely, that of the humans. The orcs therefore decide to emigrate from the land that they have themselves destroyed into the homeland of the humans. It is then up to the humans to deal with this unfortunate situation as best they can.

An interesting aspect of this conflict which should be mentioned is that the orcs became enslaved by those demons from which they had received this destructive magic in the first place. The demons became aware that they could control the orcs by, interestingly enough, destroying their traditional culture and replacing it with something of their own creation. The guardians of their tradition, the shamans, were done away with and replaced with warlocks. Without their tradition to sustain them, the orcs then fell sway to the manipulative demons, and now carry out their will. Perhaps this sounds familiar?

This part of the lore is not fully explored in the film, although we are at least shown the demon magic and informed that it has destroyed the orcs’ traditional orc way of life by ruining their homeland and subjecting its tribes to the nefarious will of the Warlock, Gul’dan. This storyline is fully explored in WC3 for the benefit of those who want to research the game’s background. In the game, we see some orcs who revolt against the demonic rule of their people, but even these “good orcs” are nevertheless in complete agreement with their brethren that the land of the humans is theirs for the taking. And even the “good orcs” are still depicted as essentially hostile, and have no sympathy for the humans in their own plight. The orcs are utterly vicious invaders in their entirety, and destroy every human whom they encounter.

And as for the humans themselves, in the film the King of the humans, Llane, valiantly leads his armies in defence of his people, but all the other main characters nevertheless display a less courageous, cuckish behavior. For some reason, all the human leaders, including the King, are depicted as believing that their ultimate goal must not be the complete annihilation of the orc invaders, but rather to achieve peaceful coexistence with them. It would be impossible to be more opposed to the spirit of the game than this. The humans are a gang of low-energy cucks who only reluctantly defend themselves, but really only want to come to terms with those who are seeking to destroy them. Just as in the game, however, the orcs show no mercy and care nothing about them.

This is therefore not a film about Warcraft as much as it is a film about Cuckcraft. It is the Cultural Marxist perversion of a game in which race, and the virtue of taking your race’s side, is the important thing. The parallel between the world of the film and the real world around us is altogether clear: a people which have destroyed its own homeland decides to seek its happiness somewhere else, and at the expense of someone else. Those who are being invaded respond in a very weak and non-assertive way and, rather than wanting to expel the invaders, feel the need to come to terms with those who obviously hate them. Perhaps the assimilation of the orcs will be the theme of the sequel?

This film cannot be said to be worth watching in any way. It is politically correct to the core, which makes the plotline completely illogical and the film as a whole an abomination to all those who know something about the Warcraft universe. The Warcraft games contain some very interesting lore that, in its own way, deals with themes of nationalism and traditionalism. It is truly a shame that the Warcraft concept could not be left undefiled.

This film merits zero Evolian tigers and will instead receive a smack to the heads of its creators – the very worst grade which can be given by an otherwise generous reviewer.

TopicsmoviesreviewWarcraft
Share on FacebookShare on TwitterShare on RedditShare on VKontakte