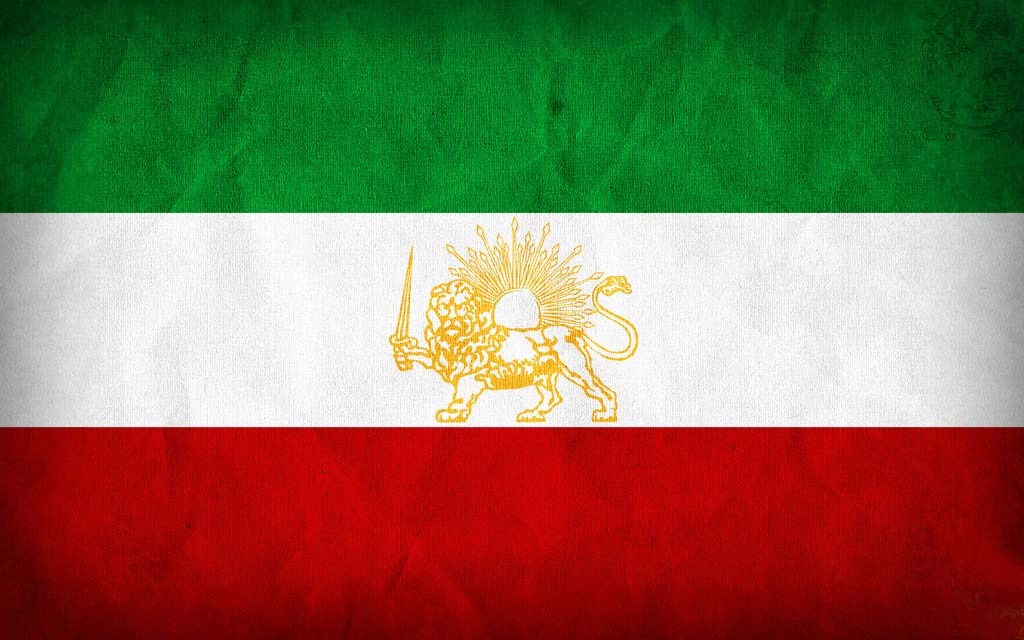 Iranian Nationalism and the Globalist Agenda

What I am about to share with you is to date one of the most important political statements of the 21st century.

The open letter following this preface, which could fit on a single page, is as important on account of the signatories that it brings together as it is because of its content. The letter emphatically reaffirms the commitment of all Iranian nationalists to the preservation of the territorial integrity of Iran on the basis of the country’s ancient heritage and enduring sense of national unity.

In a recently published five part article series entitled, “The Return of Zarathustra”, I have made the case that European civilization is inconceivable without the extensive contributions that the people of Iran have made at various formative phases in the culture of classical Greece and Rome, the Germanic middle ages, the Italian Renaissance, and the Enlightenment. Moreover, such examples of cultural influence were not intended to be of purely historical interest. The aim was to acquaint Europeans with a contemporary movement known as the Iranian Renaissance, which offers the possibility of bringing about a profound cultural revolution within Iran that would reconnect the country to Europe through the revival of their shared Indo-European heritage. The triumph of this movement even offers the possibility that the defenders of Europe would gain a uniquely positioned ally in the struggle against the nascent Islamic caliphate and a titanic bulwark against what Iranian Renaissance leaders refer to as “the invisible government of global finance” that is fostering the latest Islamic conquest of Europe.

These globalists of the Council on Foreign Relations, Trilateral Commission, and the Bilderberg Group played a significant role in establishing the Islamic Republic, as what appears now to have been an intermediate stage in a long-term plan to destroy Iran. They make the grave mistake of conflating Iran with Iraq, Afghanistan, Syria, Libya, and other artificial colonial constructions with borders that can be redrawn as easily as they were first contrived. Many of these artificial countries, such as Afghanistan and Iraq, were carved out of the millennia-old nation of Iran, the legitimate cultural and historical scope of which extends far beyond its present borders. The letter following this preface was written to ensure that, at the very least, the territorial integrity of Iran is defended against any further balkanization orchestrated by foreign agencies and against both the will and the interests of the Iranian nation.

Although the letter emphasizes three disputed Iranian islands in the Persian Gulf, what is at stake is the loss of more than a third of Iran’s remaining territory to Kurdish, Turkic, Baluchi, and Arab separatists who are funded and fueled by foreign interests. This would mean the loss of nearly all of Iran’s oil reserves and other resources. What could also be more explicitly stated, and is very much in the minds of the signatories of this letter, is that the propagandized adoption of federalism and the displacement of Persian as Iran’s national language are machinations to this end.

At one point in the letter a reference is made to factions within the Islamic Republic who have fostered tribalism and separatism in order to pressure other factions within the regime. Allow me to clarify why this seemingly obscure reference to the internal politics of Iran is relevant to Europeans. The Islamic Republic, and its globalist backers in the power structure of the European Union, NATO, and the United States, are trying to engineer the specter of a catastrophic disintegration of Iran in order to convince Iranians that they ought not to overthrow this regime since its Islamist ideology and vast apparatus of suppression is all that is holding their country together. This is the second time that they have endeavored to cement the Islamic Republic by engendering a state of emergency, the first being at its inception by means of Saddam Hussein’s 1980 invasion of Iran (without which the regime would not have survived even for a couple of years). Certain factions within the regime are aligned with foreign interests in this dangerous game (of threatening their own territorial integrity to remain in power).

It is because the Iranian Renaissance has defined itself as a cultural movement more fundamental than party politics, as what those in the European New Right would call a “metapolitical” movement, that it has been able to draw together signatories that represent what has hitherto been a very fractious and fragmented nationalist opposition to the Islamic Republic. Consequently, the letter signifies nothing less than the birth of a distinct and cohesive vanguard of Iranian nationalists who could begin to coordinate with European patriots to secure our shared victory over our common enemies.

It also signifies the emergence of a vigilant group with an eye out for those who befriend enemies of the Iranian nation. Sometimes the enemy of my enemy is just another enemy. The Islamic Republic and those Islamist groups supported by it do not share any fundamental principles or cultural values in common with Europeans, let alone with those who consider themselves in the New Right or Alt Right. On the other hand, Iranian nationalists are the defenders of an Indo-European heritage that is the wellspring for the glorious accomplishments of both Europe and Iran throughout the course of history. The globalists and Islamists who confront us today are small-minded and little men who hate anything and everything that exudes greatness. Undoubtedly, one reason that they want to carve up what is left of Iran is because they are profiteers and thieves, but what drives them at an even deeper level is the desire to put out the glorious light of the Indo-European world because in its radiance they behold their own degeneracy and spiritual bankruptcy. Stand with us – against those who would divide and conquer us both. Hail Victory!

Proclamation of Iranian Nationalists Regarding Recent Events of Concern

Our Dear Compatriots of the Iranian nation, who have long suffered hardships,

As you have likely gathered from current events and the media coverage of them, purposeful and long-term programs on the part of certain globalist power structures are underway towards the end of dividing up Iranians and damaging our national unity. With their extensive and deliberate plans in the guise of “the rights of ethnic minorities”, “the issue of peoples”, “education in the mother tongue”, “the struggle against Persian governance”, they have been for some years now targeting the fabric of our territorial integrity.

Those societies and round tables that have dreamed of the balkanization of Iran, patterned on their exploitation of ethnic tensions and religious enmities in countries such as Iraq, Syria, Libya, and Afghanistan, have now placed their apparatuses of propaganda in the service of this end. Unlike these other countries that in recent centuries, or even only in the 20th century, were constituted with direct colonial intervention and in a contractual manner, Iran is a country that came into being in ancient times, and the heartfelt unity of the Iranian cultural continent has been forged in the furnace of a tumultuous history of shared glories and hardships. Our Iran did not gain its official recognition through a meeting of United Nations representatives or at their behest, such that now with provocations on the part of some of them, it should relinquish its existence. Sovereignty in Iran is indivisible, and furthermore the optimal governance for Iranians is one grounded on a powerful national government and not on the basis of any multi-ethnic or tribal structure.

The economic bankruptcy of the nation, political oppression, cultural impoverishment, and significant social problems that have fostered a widespread hopelessness in Iranian society, have set the stage for the growth and spread of ethno-tribal trends that, however limited, are still dangerous and poisonous. Unfortunately, certain factions of the country’s regime have, to the end of pressuring other factions, entered this ugly anti-Iranian game so that they can turn the country’s situation from bad to worse. We condemn and take a stand against any undermining of the pillars of Iranian identity, national sovereignty, and the nation of Iran’s consensus regarding the maintenance of its territorial integrity, on account of such rivalries within the present regime.

Meanwhile, outside of the country, we have witnessed concerning interviews regarding these foundational and non-negotiable principles. Iranians are monitoring the interviews of some well known personalities with foreign media and expect from them that they take special care in how they respond to insidiously phrased questions that are put to them. Inattention on the part of those being interviewed in these kinds of media programs is a cause for concern and disappointment for patriots, who may be left with the impression of appeasement on the part of those falling short of giving careful attention to what they are saying. With respect to these concerns, it must be added that the three Iranian islands of the forever-Persian Gulf just like all other parts of our country, are among the indivisible components of our homeland. The ownership of these islands and Iran’s sovereign jurisdiction over them cannot, on account of the wrong-minded politics and regional provocations of the current regime, become subject to bargaining or playing with words.

We, the organizations and individuals who are signatories of this statement, regardless of any differences in our political outlooks, certainly are of one mind and united with one voice in declaring that Iran is not a country of ethnicities and peoples. Iran is the country of only one folk, namely the nation of Iran. Just as all Iranians of whatever kind, regardless of dialect, religion, or sex, are subject to the country’s suffering and hardship, they should also share equally in the benefits and blessings of our one nation. We do not believe in any form of separation of the Iranian nation into a majority and minorities, and we take such subdivision to be contrary to the concept of citizenship and social justice. The territorial integrity of Iran, national sovereignty and the need for a powerful and all-pervasive government in the country, has been and will continue to be one of our non-negotiable principles and we see this as the red line that defines Iranian patriotism.

Signatory organizations (in English, based on their alphabetical order in Persian):