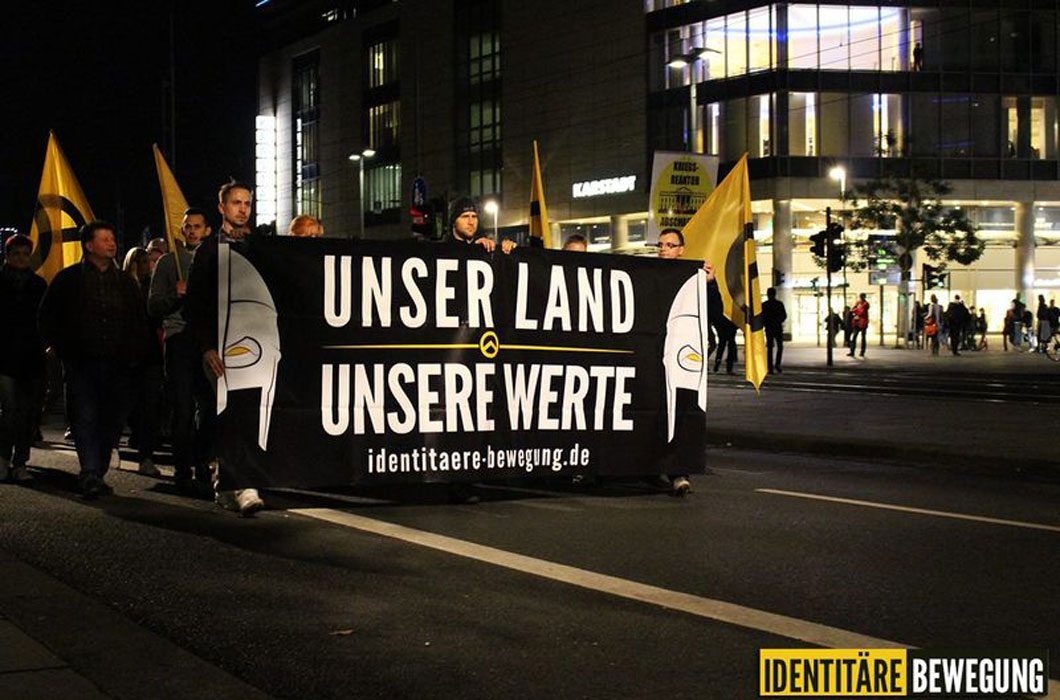 The Return of the Titans

The ‘law of war’ is going to cease to exist. There will no longer be a clear frontier between war and peace. Everything will be war, from the microcosm to the macrocosm, from each person’s daily life to international relations. This situation will be dialectically normal: an overpopulated planet where the ideology of the ‘modern’ West, clinging stubbornly to its errors, wants to amalgamate all peoples in a pacified and mongrelised world state, will, by inversion, end in a general explosion.

One hundred years ago, Europe was at the height of its power, although it was divided into rival nations. European civilisation dominated the world in every area, as no other had done since the beginning of recorded history. But the Tarpeian Rock is next to the Capitol. Three generations later, domination has become subjection, because of internal conquest by the Third World and Islam, American suzerainty, serious ethical and cultural decadence, global loss of the sovereignty of European nations, which have been diluted into a European Union without coherence or will, etc. Who, at the beginning of the Twentieth century, could have foreseen this fantastic and cataclysmic turnabout?

Some people, although very few, had foreseen it, for the worm was in the apple, and the virus had been introduced. European colonialism was waking up its subjects to political consciousness. Nowadays, the trends toward economic modernity and the demographic vigour of the civilisations of the global South that were asleep or backward are stirring, and they will not fail, if awakened by a shock, to eventually overwhelm us. The chauvinisms of the triumphant European nation-states only succeeded in provoking a suicidal intra-European civil war in two acts (1914-1918 and 1939-1945). Marxist thought, degenerate artistic schools, and ideological poisons opposed to all our traditions began to spread, sapping the foundations of the formidable edifice of European civilisation. The ideal of a large family had already been shaken by bourgeois individualism.

A hundred years later, we are in a situation at once of pre-implosion and pre-explosion. And Europe is clearly not the only party concerned. Let us summarise what we should expect, just around the corner, in the first decades of the Twenty-first century:

1) In Europe, especially France, ethnic civil war will break out, with Islam for its banner. It has already begun in a diffuse but clear fashion, a war of internal conquest that aims quite simply at making our continent a new Muslim land (Dar al-Islam) where people of European stock are called upon to become subject minorities and the populations that came from the South intend to become the majority. If the initiative succeeds, it will be a case of the pure and simple disappearance of European civilisation, which was born 3,500 years ago.

2) On the world scale, we are going to witness a global Islamic offensive, on the European front (from France to the Balkans) and the African front, but also in Russia, Central Asia, the Indian subcontinent and the Far East.

3) The American superpower can only decline, especially in the face of the formidable rise in Chinese power. Taking account of the atavistic militarism of the USA, a major confrontation between Americans and Chinese cannot be excluded. All the same, we can count on America’s clumsy militarism, which starts fires without ever succeeding in eliminating its designated enemies, to multiply hotbeds of war throughout the world.

Each one of these conflicts piled one on top of the others (not to mention the return of those movements in Islam bent on conquest in accordance with the doctrines of their ancestors, this simplistic, violent and primitive civilisation, absolutely incompatible with the other great civilisations) will create in the Twenty-first century a general conflagration of the Earth in what will be globalised war, and no longer a world war.

The kinds of war we can expect will be total and global, in Europe and everywhere else. They will mix and add on to the classic convulsions between nation-states (India-Pakistan, China-USA, etc.), probably including nuclear strikes, religious wars, civil war and two forms of terrorism, micro-terrorism and macro-terrorism.

In a Europe open to the four winds, the increasingly large presence of immigrants from Muslim countries allows us to predict the impossibility of escaping major terrorist attacks in Europe that will be added into the insurrectional climate. The coming economic crisis — provoked by the ageing of the population — will only amplify the gravity of the situation.

One novelty is that the most diverse mafias, just like the Islamic terror networks, are going to join in the wild dance of the general criminalisation of the planet.

Paradoxically, just when there is general chatter — with tears in every eye — of the world state, international law, international courts to judge ‘crimes against humanity’ and other ‘war crimes’, the rule of human rights and human solidarity, we are entering a century where pacifist ideology has never been stronger, but where war, in all its different forms, will never be so widespread. The overpopulated planet will burn with conflagrations and every kind of conflict is going to increase in number and mingle with one another in the most complete anarchy.

The absolute reign of the rule of law (the domain of the word) is only the failure of every law and the dreamy compensation of the absolute reign of Force — and violence — that will be the law of the Twenty-first century. A general planetary insecurity will result that will overwhelm all the ‘forces of order’. It will take place in front of the backdrop of an accelerated destruction of the ecosystem and a global warming that will provoke climatic catastrophes.

This description does not include the intensification of the Israeli-Palestinian conflict that will probably end with the defeat of the Hebrew state.

The ‘law of war’ is going to cease to exist. There will no longer be a clear frontier between war and peace. Everything will be war, from the microcosm to the macrocosm, from each person’s daily life to international relations. This situation will be dialectically normal: an overpopulated planet where the ideology of the ‘modern’ West, clinging stubbornly to its errors, wants to amalgamate all peoples in a pacified and mongrelised world state, will, by inversion, end in a general explosion.

By a dialectical turnabout the ideology of tolerance, well-being, laissez-faire and a general cosmopolitanism (two of its masters were Kant and Rousseau, both much more infectious than Marx for broken dreams) will give way to a gigantic law of the jungle. We are quite certainly going to enter an age that will resemble the early Middle Ages, but ten times more violent.

We cannot put the current planetary civilisation back together again. Our children are going to live through a fantastic reshuffling and dealing of the cards. Unheard-of violence awaits them. The Twenty-first will be a century of fire and blood, the end of a cycle. Of course, Parisian intellectual cretins do not suspect for one second what is doing to happen. They do not know the historical weather forecast. They do not know how to see the coming storms.