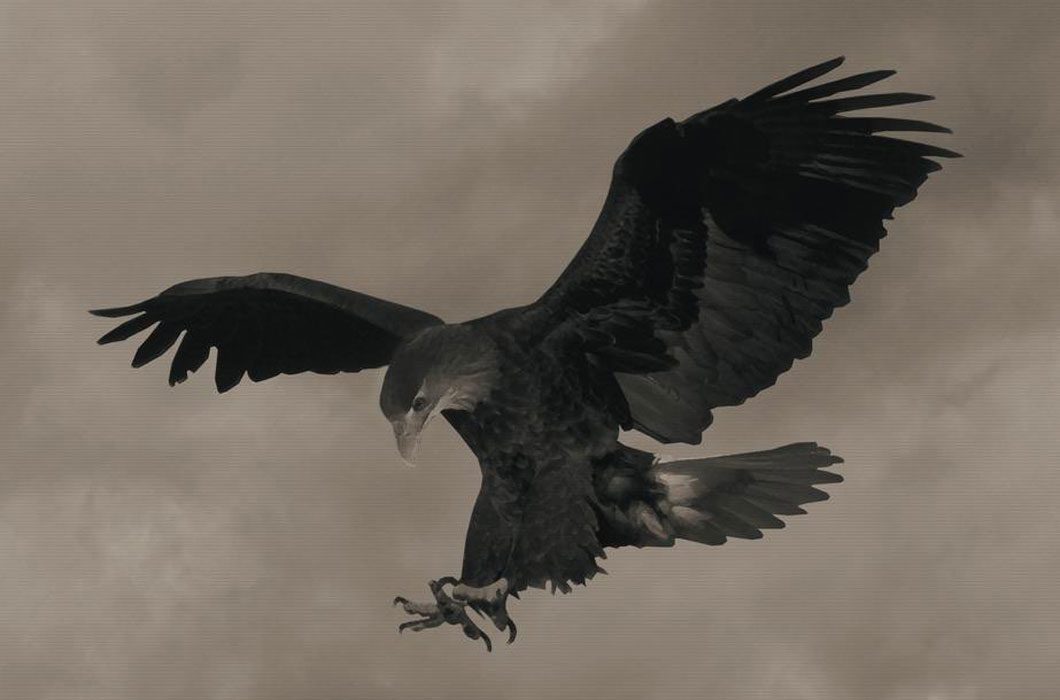 Unite Around Clear Ideas Against the Common Enemy

The worst wars are the undeclared ones. They break out quietly, like an uneasy breeze, and are the harshest, most deadly.

Europe today faces the greatest danger in her history, a danger threatening the very existence of her civilisation. For she is at war and doesn’t even know it. She may sense the danger, but refuses to see it, burying her head in the sand, like the ostrich, hoping to conjure it away.

We Europeans are rapidly and massively being occupied and colonised by peoples from the South and by Islam. We are subject to America’s economic, strategic, and cultural New World Order. The two march hand in hand. We are emasculated by ideologies of decline and by those of a facile optimism, we are menaced by a regression of culture and education toward primitivism and by the faint simulation of prosperity.

Europe is the sick man of the world. It’s obvious in her demographic decline, in her physiological devirilisation, and in the reigning ideology of ethnomasochism, imposed by politically correct censors and the controlled media. We are gnawed at from within and attacked from without. We are set upon by assailants, occupiers, and collaborators, who make up the majority of the political, media, and intellectual classes, whether of the Right or the Left. The people have yet to see it because their shopping carts are still full. And though everyone may secretly suspect that the war has begun, the majority denies it, because for the moment no one has the courage to fight it. For the moment . . .

The deepening crisis and the march toward the enveloping chaos are requisite to an awakening and a revolt. And we haven’t seen anything yet. The tragedy is still early in its first act.

Like every war, the defenders’ freedom of expression is compromised. There is no use complaining: such are the rules of the game. Throughout Europe, we possess immense resources. Nothing yet is lost and pessimism is no option.

In history it’s always struggling minorities who make the difference, not the amorphous masses. And it’s no longer a matter of Left or Right either, but whether you’re part of the resistance.

Given the tragedy bearing down on Europeans and the futile disputes dividing identitarians, there’s an evident need for a worldview powerful enough to rally the Continent — to rally our great fatherland, that family of kindred spirits, however politically fragmented, which is united on the essentials, favouring thus the defence of our civilisation and our imperilled identity, but especially favouring the principles of our regeneration.

Everywhere, one awaits a mobilisation based on a clear, federating discourse of resistance and reconquest — free of outdated ideas, sectarianism, and the paralysis of nostalgia. Never before has the urgency for such a discourse been so great. What matters most at this point is a unifying ideological platform that goes beyond sectarianism in the sincerity and lucidity of its reflections. When the house is on fire, domestic disputes are put on hold.

An ideological regrounding is necessary — a regrounding that is both a synthesising affirmation of a general doctrine and, at the same time, a rigorous definition of concepts, arguments, and propaganda.

Doctrinal confusion, phony debates, artificial oppositions, intellectual approximations and misunderstandings, sectarian skirmishes, the blunting of ideas for respectability’s sake — they have gone on for far too long. What’s needed is a clear line. A strongly formulated minimum around which the largest number of sensibilities and wills can coalesce.

We have entered a period when things no longer need to be said in half-measures, as we amuse ourselves with ‘two-faced discourses’. What we need now is radical thought — not in the guise of extremist gestures, but in getting to the root of things. The truth is always a winner and it’s the most effective ruse.

The time has come for identitarianism, in the broadest sense, to reaffirm itself as the most lucid and ambitious form of thought. The identitarian view of the world is simply more realistic and better adapted to the future than the dominant egalitarian and cosmopolitan ideology, which affects everyone from soft Rightists to the craziest neo-Trotskyites. All the facts, whether historical, geopolitical, demographic, ethnic, economic, or social, substantiate the identitarian and inegalitarian view of the world. Its vision — the sole authentically rebellious and dissident form of thought — is bound to prevail everywhere in Europe, for once the Twenty-first century succumbs to the approaching crises, the slate will be wiped clean — as ideological revisions, unexpected designations, and surprising radicalisations arrive with the force of circumstances.

Sterile disputes and sectarian divisions divide and neutralise those who ought to be in solidarity with one another. This contrasts with the enemy, who, however protean, knows how to close ranks. Our disputes and divisions are superficial — and cause us to spar with those sharing similar beliefs — those having the same intuitive identitarian vision of the world, designating the same enemy, and implicitly defending the same people and aspiring to the same goals — but who are still attached to unclear ideas, emotional conflicts, badly posed debates (‘France’ or ‘Europe’, ‘sovereignism’ or ‘federalism’, ‘Catholicism’ or ‘paganism’, etc.). Without well-defined ideas, clear and unifying concepts, serene reflections, and a sense of urgency, it will be difficult to be understood and thus difficult to establish an effective ideological line. According to an old adage, whose origin I will not reveal, we need now to lay the basis, throughout Europe, for ‘a form of positive, wilful thought creative of order’.