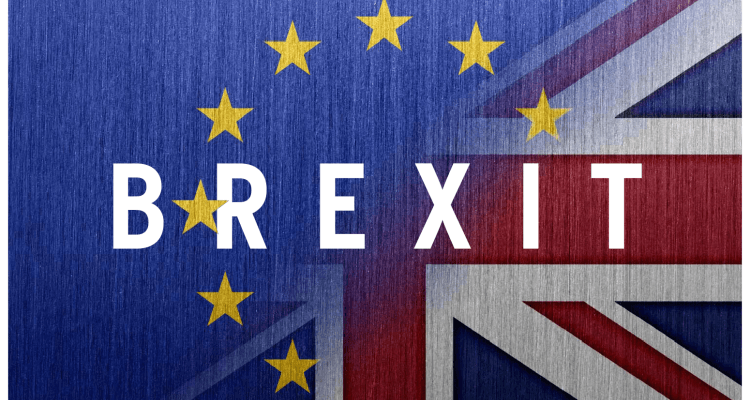 Brexit: Towards a Domino Effect in Europe?

We can only understand the meaning of this vote by placing it in a larger perspective, namely the global revolt against the self proclaimed elites, of which the rise of populism only constitutes the most visible political translation and the “no” to the referendum of 2005 regarding the project of the European Constitution represents the symbolic departure point.

Brexit resounded like a thunderclap, which seems to have surprised even its partisans. How did we come to this? And what is the deep meaning of this event?

The English have fired the first shots: it’s actually a historic event. But first a remark: to begin with, they should have never have had to enter it. As General de Gaulle understood very well in his time, England has always felt closer to the United States (“the call of the open sea) than to Europe, where it never ceased to play the role of Atlanticist Trojan horse and never fully accepted the rules. In this sense, the divorce put an end to a marriage that was never truly consummated.

The principal motivations of this vote are, as has often been said, the question of immigration and above all a feeling of social, political, and cultural abandonment that feeds a formidable resentment towards the traditional political class and the globalized elites. Besides, the British vote did not contrast the members of the Conservative and Labour parties, but the partisans and adversaries of Brexit in both camps, which signifies that it transcended the left-right divide.

We note, finally, that the liberal and business milieus were themselves divided. If the majority was favorable to keeping Great Britain in the European Union, some among them nevertheless militated for Brexit for the sole reason that the European Union had not yet acquiesced enough to the ideal of a generalized deregulation (Nigel Farage, do not forget, is an ultra-liberal in economics). It’s a big difference between France and England. If, among us, the majority of liberals remain convinced that the essential goal of European treaties is to impose liberal principles, to begin with the free circulation of goods and services, of people and capital, many in England think that the market requires neither treaties nor institutions. Hence a sovereignism whose motor is not so much concerned with national identity, cultural insecurity, or popular sovereignty as insularity, linked to the idea that the commercial values of the Sea must take precedence over the continental, telluric, and political values of the Earth – the same people dreaming of a fruitful alliance with the Commonwealth and the United States.

But we can only understand the meaning of this vote by placing it in a larger perspective, namely the global revolt against the self proclaimed elites, of which the rise of populism only constitutes the most visible political translation and the “no” to the referendum of 2005 regarding the project of the European Constitution represents the symbolic departure point. Brexit is inseparable from the rise of the Front National in France as well as that of the FPÖ in Austria, Syriza in Greece, or Podemos in Spain, the election of a representative of the Five Star Movement to the mayoralty of Rome, the Trump and Sanders phenomena in the United States, etc. Everywhere, the people revolt against a transnational oligarchy that they no longer support. It is therein that Brexit is essential: it confirms a fundamental movement. After decades of “expansion,” we enter into an era of secessions.

Contrary to what is often said, the principal consequences will not be economic or financial, but political. In Great Britain, where the vote has already opened a political crisis, Brexit will provoke a revival of the Scottish independence movement and reanimate the debate on the status of Ulster, even that of Gibraltar. The City of London will more than ever recenter itself in its role of fiscal paradise. In Europe, where the European Union rested previously on the equilibrium of three Great Powers (France, Germany, United Kingdom), Germany will become the sole dominant great power – it now accounts for nearly a third of GDP and 40% of new industry of the new European Union as a whole – but it loses the benefits that it drew from its de facto alliance with England, often to the detriment of French interests.

But above all it’s the domino effect, that is to say contagion, which will be felt. The choice of the English shows that there can be life after the European Union – and that we can conceive another Europe. The Slovaks, who will take the presidency of the European Union these days, are themselves Euroskeptics. Unfavorable opinions of the European Union already prevail over the favorable opinions in France, Spain, and Greece. In other countries, like the Netherlands, Denmark, Finland, Portugal, Hungary, even Poland, other referendums are not to be excluded.

Is it the beginning of European deconstruction or the commencement of a new start?

In theory, the departure of the English could permit the revival of the European construction on healthier bases. But in practice, that won’t happen. In order to “re-found Europe,” as some do not hesitate to say, the “Eurocrats” would have to take full measure of what happened, that is to say understand what the citizens no longer want. But it’s the opposite of what happened, because they insist day after day that those who grumble are ignorant, tasteless, xenophobes, elderly, etc. and that in order to make them accept the potion it will suffice to double the dose. Flabbergasted as rabbits caught in the headlights, the leaders of the European Union lick their wounds but refuse to question themselves: the only lesson they will draw from this vote is that they must do everything to prevent the people from expressing themselves. Who said that madness consists of always redoing the same thing hoping to obtain different results each time? The same causes provoke the same results, they will continue to throw gasoline on the fire that will eventually engulf everything.

This interview with Alain de Benoist was posted in French on 29 June 2016, on the Boulevard Voltaire Website. Nicolas Gauthier was the interviewer. It was translated by Eugene Montsalvat.