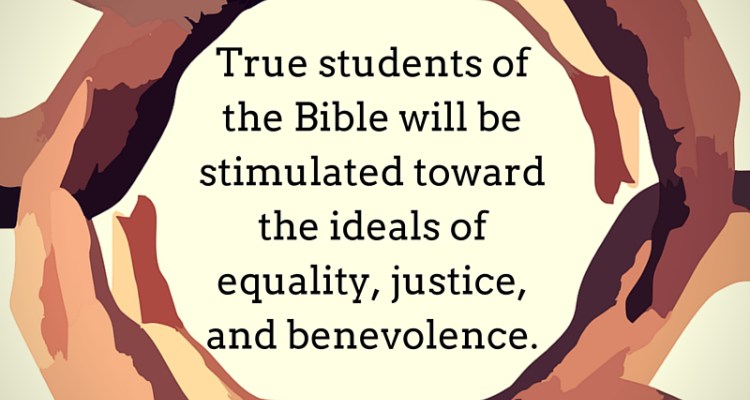 The Church and Human Rights

The theological roots of the ideology of human rights have been described many times. For a long time, however, as Jacques Maritain wrote, ‘the affirmation of rights themselves based on Christian principles appeared revolutionary with regard to the Christian tradition’.

The reason for that is well-known. It rests, from the historical point of view, in the aggressive rationalist character of the modern formulation of these rights, in the climate of anti-clericalism that has surrounded their proclamation, as well as in the anti-religious persecutions of the Revolution that followed it. Besides, from the doctrinal point of view, the Catholic critique could not admit the elimination of all dimensions of transcendence implied by the integral subjectivisation of rights, an elimination which tends to transfer to man a certain number of divine prerogatives, nor the fact that this subjectivisation opens the way to an unending demand which, not being founded on any standard, leads to relativism.

On 23 April 1791, Pope Pius VI expressly condemned the Declaration of Rights of 1789, accusing the articles which composed it of being ‘contrary to religion and society’. This condemnation was renewed for exactly a century. In 1832, for example, Gregory XVI qualified the theory of human rights as a ‘veritable delirium’, the same opinion being formulated again in the encyclical Quanta Cura of 1864.

Matters begin to evolve from the encyclical Rerum Novarum (1891) of Leo XIII. From this date, under the influence, most notably, of the thought of Father Luigi Taparelli d’Azeglio, whose Essai théorique sur le droit naturel (1855) sought to give (or to give again) a theological content to subjective right, the notion of human rights begins to be introduced into the social thought of the Church.

Immediately after the Second World War, this development was rapidly accelerated. In 1963, in the encyclical Pacem in Terris, Pope John XXIII declared that he saw in the Universal Declaration of Human Rights of 1948 ‘a step in the right direction, an approach toward the establishment of a juridical and political ordering of the world community’ (§ 144). On 7 December 1965, the pastoral constitution Gaudium et Spes, adopted in the context of the Second Vatican Council, affirmed that ‘the Church, therefore, by virtue of the Gospel committed to her, proclaims the rights of man; she acknowledges and greatly esteems the dynamic movements of today by which these rights are everywhere fostered’. Three years later, Paul VI declared in his turn, ‘To speak of human rights is to affirm a common property of humanity’. In 1974, before the General Assembly of the United Nations, he specified, ‘The Holy See gives its full moral support to the ideal contained in the Universal Declaration as to the progressive deepening of the human rights that are expressed therein’. John Paul II, finally, would declare in 1979 that the Universal Declaration of Human Rights ‘is a milestone on the long and difficult path of the human race’.

The traditionalist Catholic milieus have, of course, interpreted this change as a sign, among others, of the ‘rallying’ of the Church to ‘modern ideas’. Even though this point of view contains some truth, the reality is a little more complex. In declaring that it admits human rights, the Church understands above all that it recognises (and causes to be recognised) that part in their genealogy that returns to it. It does not, however, subscribe to the aspects which remain in its eyes contestable in their present formulation. In other words, the approval in principle given henceforth by the Church to the doctrine of human rights refers, first of all, to the Christian version of these rights. As François Vallançaon writes, ‘The Church is no more for human rights than against them. It is favourable to human rights when they are well and rightly interpreted. It is hostile to them when they are badly and wrongly interpreted’.

The above text is an excerpt from Alain de Benoist’s Beyond Human Rights (Arktos, 2011). If you liked this selection, be sure to check out the whole book.