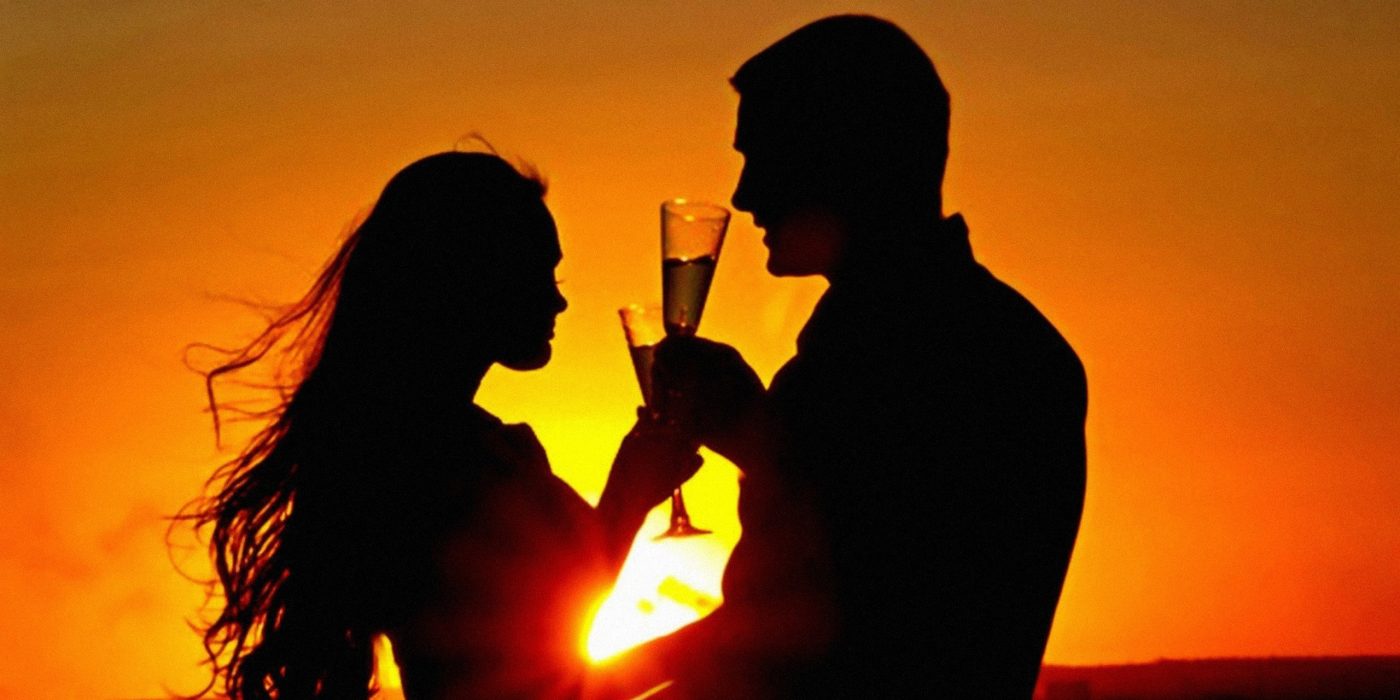 Love is Not a Gift, but a Calculation

Apart from rare exceptions, the sentiments grouped under the word ‘love’ are not jewels of altruism. The various forms of love are self-interested strategies. Moreover, egoism and altruism are not opposites but complementary, like yin and yang. Love is always an investment from which one expects a return.

Even parental love, often presented as disinterested, is not really so; one expects benefits in return: family pride, a return of affections, solidarity in one’s old age, and so forth. Conjugal love obeys the same rules, for beyond the parade of apparently gratuitous affection, it must provoke a return of the same from one’s spouse. One loves for the sake of being loved, not for the sake of loving. Love is a gift that supposes a return. But one must not conclude from this that love is a cynical and hypocritical lie. The hypocrisy and cynicism of love are consubstantial with it and necessary to it: a positive thing. Only, one must not blind oneself and think that love is unrequited altruism.

Non-sexual love—friendship—obeys the same rules. All friendship expects solidarity, a return, and is thus not disinterested; but this does not mean that there is no such thing as sincerity in love. The forms of love most free of altruism are romantic love and libidinal love: these, based on the desire for possession, are fragile, ephemeral, and geared to the short term; their aim is that the beloved provide us with pleasure, particularly sexual pleasure. The proof of the egoistical nature (in a non-pejorative sense) of these forms of love is found in romantic disappointment and jealousy: once the partner breaks the romantic pact or refuses to ratify it, love is transformed into hatred or thirst for vengeance. This is natural, and hardly to be criticised.

Christianity has accustomed us to the idea of ‘pure love’, a gift without an expectation of any return, as in the love of God or Christ for men (‘whosoever shall smite thee on the right cheek, turn to him the other also’), i.e., the imperative to love even those who hate you. But there is something pathological in that position which, moreover, the Catholic Church has long muted. (The commandment: ‘Love thy neighbour as thyself’, on the other hand, is restrictive and only applies to neighbours.) But this position, if made absolute, demands that one love one’s enemies, even more than others, with the key imperative being forgiveness. This idea is unrealistic and very dangerous. It is psychologically utopian, for it ends in moral disarmament and masochism. Judaism and Islam, moreover, have never given forgiveness and unrequited love as extreme an interpretation as that of Catholic theology after Vatican II, which in many ways defies common sense. Indeed, in the traditional theology of Judaism, Christianity, and Islam, the love of God for man is calculated and conditional. God loves on the condition that you obey and do not sin; otherwise, punishment will befall. There is no unconditional love involved. It does not exist, and to pretend otherwise falls within the category of utopian deliria. Evangelic Christian love as a gift without return, as love of enemy and executioner, is a blindness and illness of the spirit, that is, a form of fanaticism: not of strength but of weakness, not of affirmation but of collective suicide. It verges on masochism, as we saw in the case of the murder of the monks of Tibhirine.

Let us now turn, more prosaically, to the sexual and conjugal bond. In relation to the permanent couple, that is, in which sexual attraction is moderated, the balance between the benefits and inconveniences of the romantic pact is even; the romantic exchange is stable, for the libidinal elements are balanced by the other terms of the contract (familial, financial, etc.); the emotional-sexual is compensated for by the rational. Even if the couple’s sexual pleasure is moderated, and, indeed, nonexistent after a certain time, the cement of family and social interests predominates in the romantic calculus. Conjugal love, being strongly tinted with friendship and habitual attachment, is nonetheless established. The contract is stable and reinforced by filial love for parents. The couple is not an isolated romantic duo but the central pillar in the architectural structure of a family. This model was championed in Roman antiquity well before Christianisation, and it spread in conquered Gaul.

On the other hand, in the case of an emotional-romantic and libidinal union, egoism (the search for immediate pleasure with one’s partner) overrides altruism, and deliberation regards the short term. It is the casino of pleasure: everything is intensity and superficiality; future plans are lies, vows are false, attachment is simulated. The language of passion is all the stronger the more the bond is transient and hesitant. Moreover, the people involved do not know one another well; only their bodies learn to explore one another. The passion is libidinal (in which the other is only a mirror of oneself) and abolished all insight and judgment, and at the slightest deviation such feelings turn to indifference and hatred. But this sort of amorous storm is perfectly admissible—in spite of its dishonest character—if it limits itself only to a liaison and does not try to transform itself into a conjugal bond.

Romantic friendship: two persons sexually attracted to one another (pure libido) and bound by a sincere friendship free of passionate love is a fairly strong form of bond, although it is rather rare. Paradoxically, the fact of being in love with one another in the emotional sense threatens the bond, for the passion generated by romantic emotion provokes multiple crises. Desire without emotional passion, but with a certain dose of friendship, is as solid as anything. The enemy of the durable bond is, to borrow an expression of Stendhal’s, crystallisation, in other words, fixing the emotion of attraction in ice, in which the partner is idolised and imagined in a false light, but also instrumentalised as a tool of one’s own pleasure.

Intense but fleeting passion is part of life and one of its adornments, but it becomes devastating as soon as it wants to be durable and confuses itself with the conjugal bond, which is for the long term and of moderate intensity. The sex drive is ephemeral and changing, among men especially but also among women. It is based on evolving fantasies. The search for pure, raw sex without attachment, and with a simulation of love, is part of nature (especially masculine nature) and a physiological necessity. Moreover, the purely sexual, libidinal, emotionally superficial, transitory tie, free of the poison of jealousy, renewable with new partners, is greatly preferable and better balanced than romantic love (a mixture of libidinal attraction and emotional amalgamation), which always ends badly and brings more unpleasantness than pleasure to daily life.

There is no such thing as gratuitous feelings. Every loving impulse, sexual or otherwise, is interested. On the other hand, sex can participate in love or not. The loving impulse can stimulate or inhibit sexual desire and capacity. These psychological mechanisms are of an extraordinary complexity. Concerning love at first sight (the ‘coup de foudre’, falling suddenly and deeply in love), neurologists have observed that it unleashes a hormonal storm and modifies the electrical exchanges in the brain. But love at first sight can result in a durable union, though ephemeral unions are more frequent. On the other hand, the most solid as well as sincere conjugal attachments generally do not begin with sudden infatuation, but are a mixture of calculation and an affection that is kept under control.

The orgasmic coalescence of lovers, mixed with their spiritual elevation—the mutual giving of each to the other combined with ineffable sexual pleasure—belongs rather to the realm of literature, poetry, and aesthetic dreaming than to lived reality. The couple is bound together by habit, tenderness, interest, care of children and (a phrase that has been forgotten!) ‘domestic bliss’. Of course, sexual desire persists, secretly present; however, in almost all cases its intensity rapidly drops and ends by disappearing. But the sexual relations of the couple—fertile and cooperative, and which have as their object the maintenance of the union—are of secondary importance.

The most lasting couples—an increasing rarity in Western society—are those who continue the sensible though vilified model of the bourgeois marriage that I spoke of earlier. This model enjoyed its apogee from the nineteenth century to the middle of the twentieth century among the middle class, and collapsed suddenly in the 1960s. Based on the balancing act of the golden mean, bourgeois marriage mixed moderate but continuing sexual attraction, a mutual social and economic interest in living together, respect for the wife, a will to create a lineage, significant socio-cultural similarity, hypocrisy for dissimulating and managing adulterous liaisons (hence the importance of legal prostitution), and the building up of a patrimony to be transmitted. When the couple gets old, this leads to a habitual tenderness much stronger than the passionate and ephemeral simulation of today’s young couples.

A final point: when we consider rape, we can see how the very instrument of love, its outcome—that is to say, copulation—can be transformed into a weapon of aggression and domination. One thinks of the proximity of Eros and Thanatos in this transmutation. The ritual of rape for the purpose of humiliating an enemy population or a hated ethnic group, practiced by today’s suburban thugs, is a very ancient practice. It is not a matter of impulsive rape practiced by frustrated and pathological men, but a behaviour on the part of men, frustrated perhaps, but otherwise normal, and who are often also married fathers. The act of love is absolutely indistinguishable from this heinous act, and its symbolism is completely reversed.

The above text is an excerpt from Guillaume Faye’s Sex and Deviance (Arktos, 2014). If you liked this selection, be sure to check out the whole book.