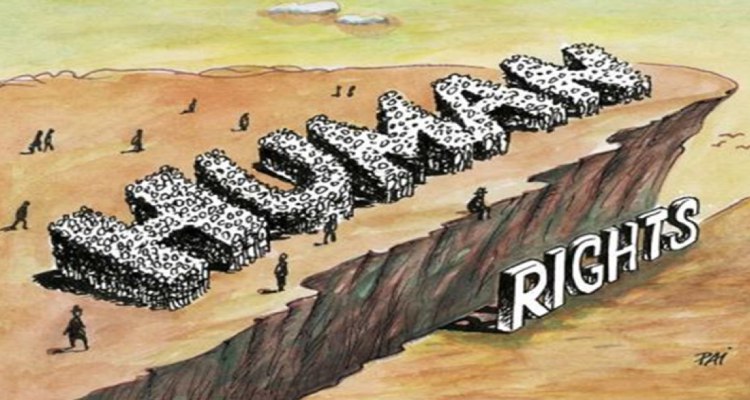 The ideology of human rights is universalist insofar as it wishes to impose itself everywhere without consideration for relationships, traditions and contexts. It is subjectivist insofar as it defines rights as the subjective attributes of a single individual.

One sometimes wonders what Europe has brought to the world, what particularly characterises it. The best reply is perhaps this: the notion of objectivity. Everything else flows from this: the idea of the individual and of the freedom of the individual, the common good insofar as it is distinguished from particular interests, justice as the search for equity (that is to say, the opposite of vengeance), the ethics of science and the respect for empirical data, philosophical thought insofar as it is emancipated from belief and conserves the power of the thinker to think of the world and to question truth by himself, the spirit of restraint and the possibility of self-criticism, the capacity for dialogue, and even the notion of truth.

Universalism is a corruption of objectivity. Whereas objectivity is achieved from particular things, universalism claims to define particularity from an abstract notion posed arbitrarily. Instead of deducing conscience from being, it proceeds in an opposite direction. Universalism does not consist in treating things objectively but from an overarching abstraction from which a knowledge of the nature of things is supposed to follow. It represents the symmetrical opposite of the error of the metaphysics of subjectivity, which reduces the good to that which is good for me or good for us, the true to the judgment of one’s own conscience or to the personal. The European tradition has always affirmed man’s necessity to struggle against his immediate subjectivity. The entire history of modernity, says Heidegger, is a history of the unravelling of the metaphysics of subjectivity.

Subjectivity leads necessarily to relativism (everything is valid), reaching in this way the egalitarian conclusion of universalism (all are important). Relativism cannot be surmounted except by the arbitration of one’s self (or of our selves): my point of view should prevail for the sole reason that it is mine (or that it is ours). The notions of justice and of the common good are destroyed in one blow.

The ideology of human rights combines these two errors. It is universalist insofar as it wishes to impose itself everywhere without consideration for relationships, traditions and contexts. It is subjectivist insofar as it defines rights as the subjective attributes of a single individual.

‘The enthronement of human rights’, writes Marcel Gauchet, ‘is surely the major ideological and political fact of the last twenty years’. Human rights, he adds, have become ‘the ideological centre of gravity’ of everything that we participate in at present. They are on the verge of replacing, in a hegemonic manner, all sorts of political and social discourses which formerly were articulated from the point of view of notions that are today worn out or discredited (tradition, nation, progress, revolution), as well as of becoming the sole compass of a disoriented epoch, and of supplying a minimal morality to a world in disarray. They are the ‘moral horizon of our time’, says Robert Badinter. They should become the ‘foundation of all societies’, adds Kofi Annan. They contain ‘in essence the concept of a true world government’, declares Jean Daniel.

They are even more than that. Based on propositions declared to be ‘evident’ (‘we hold these truths to be self-evident’ can already be found in the American Declaration of Independence of July 1776), they present themselves as a new Ten Commandments. As a new foundation of human order, they seem to have a sacred character. Human rights have thus been able to be defined as the ‘creed of humanity’ (Nadine Gordimer), and as a ‘worldwide secular religion’ (Elie Wiesel). They are, writes Régis Debray, ‘the last, to date, of our civil religions, the soul of a soulless world’.

One proof of this is its dogmatic character: it cannot be debated. That is why it seems today as unsuitable, as blasphemous, as scandalous to criticise the ideology of human rights as it was earlier to doubt the existence of God. Like every religion, the discussion of human rights seeks to pass off its dogmas as so absolute that one could not discuss them without being extremely stupid, dishonest or wicked. By presenting human rights as ‘human’ rights, as ‘universal’ rights, one necessarily withdraws them from criticism – that is to say from the right to question them – and, at the same time, one implicitly places their opponents beyond the pale of humanity, since one cannot fight someone who speaks in the name of humanity while remaining human oneself. Finally, just as, the believers once thought they had the duty to convert, by all means, ‘infidels’ and miscreants, the adherents of the credo of human rights consider themselves as legitimately invested with the mission of imposing these principles on the whole world. Theoretically founded on a principle of tolerance, the ideology of human rights thus reveals itself to be the bearer of the most extreme intolerance, of the most absolute rejection. The Declarations of Rights are not so much declarations of love as declarations of war.

But today the discussion of human rights does not just have as its goal the supply of a substitute ideology after the collapse of the ‘grand narratives’. By seeking to impose a particular moral norm on all peoples, it aims at giving the West a good conscience once again by allowing it to install itself once more as a model and to denounce as ‘barbarian’ those who refuse this model. In history ‘rights’ have only too often been that which the masters of the dominant ideology had decided to define in this way. Associated with the expansion of markets, the discussion of human rights constitutes the ideological armour of globalisation. It is above all an instrument of domination, and should be regarded as such.

Men should be able to fight everywhere against tyranny and oppression. To contest the ideology of human rights is thus evidently not to plead for despotism, it is rather to contest that this ideology is the best means of remedying it. It is to question oneself concerning the validity of the foundations of this theory, on the nomological status of these rights, and on the possibilities of manipulation to which they can be subjected. It is thus to propose another solution.

Freedom is a cardinal virtue. It is the very essence of truth. That is why it should be removed from the rut of universalism and subjectivity. That human rights are proclaimed forcefully in an increasingly dehumanised society, where men themselves tend to become objects, and where the commercialisation of social relationships creates everywhere new phenomena of alienation, is probably not an accident. There are many ways of demonstrating respect and solidarity to men. The question of freedoms cannot be resolved in terms of law or of morality. It is above all a political question. It should be resolved politically.

The above text is an excerpt from Alain de Benoist’s Beyond Human Rights (Arktos, 2011). If you liked this selection, be sure to check out the whole book.