Brexit – The Only Certainty is Uncertainty

While many are celebrating the victory of the Leave campaign, the consequences remain to be seen. Scottish politicians are already calling for a new independence referendum, the leadership of the Conservative Party is undergoing a shakeup, and the economic implications are far-reaching. Regardless of what happens, however, shock-waves are being transmitted around the world.

At 7.20 UK time, the Electoral Commission declared the result of the referendum on UK membership of the European Union. There were cheers as our nation and the world was told that the Leave campaign had won with 17,410,742 votes (51.9%) and the Remain campaign had lost with 16,141,241 votes (48.1%). Within hours David Cameron announced his intention to resign as Prime Minister.

In this article I want to concentrate on the effect on my country, Britain, although the vote will send shockwaves around the world.

Britain was already a divided nation before the referendum. The campaign stoked coal on the fires of that division. The campaign was a dirty one. The Conservatives were bitterly divided on the issue and blue on blue attacks (some very personal) were commonplace.  The resignation of David Cameron will not be the only fall-out. The position of the Chancellor, George Osborne, now also looks untenable. Tories on the Leave side were very angry when he said he would introduce an emergency budget with £30 billion of tax rises and spending cuts that he insisted would be needed if Britain left the European Union. It was soon dubbed the “punishment” budget. There will also be a new leader of the Conservative Party before the October Tory conference. Conservative MPs will vote first to decide two candidates to put before the wider membership. Although Boris Johnson is disliked and distrusted by many Conservative MPs, it is difficult to see how they can avoid putting him on the ballot paper given his popularity among the membership and his prominence in the Leave campaign. The two names most likely to be on the ballot are Boris Johnson and Theresa May. An outside possibility is Michael Gove, though he has previously said he would not stand (but then politicians don’t always keep their word!).

The Labour Party Leader, Jeremy Corbyn, who campaigned for a Remain vote, has said he is ‘absolutely’ staying in position and has rejected suggestions from the Right of his party that he should go. He has pointed out that although some big Labour strongholds such as the North East and North West voted Leave, others, like London and Bristol, voted Remain.  As the majority of trade unions (who have bloc votes within Labour and give it large sums) favoured Remain, he is likely to get his way.

The Scottish National Party is calling for a second referendum on independence. They have a strong argument. Scotland voted 62 per cent to 38 per cent in favour of remaining in the EU. All 32 local council areas in Scotland voted to Remain in the EU. Scotland was the only nation in the UK to have a clean sweep of all local authorities.

Scottish First Minister Nicola Sturgeon said the results in Scotland make clear ‘that the people of Scotland see their future as part of the European Union’.

Her predecessor, Alex Salmond, suggested that the vote to leave in England and Wales (Northern Ireland also voted Remain) should trigger a second referendum on Scottish independence. Speaking of the British exit, he told ITV news: “So whatever that period is – two years, two-and-a-half years, that would have to be the timescale of the next referendum because what you would want to do is remain in the European Union while the rest of the UK moved out.”

Mr Salmond also pointed out that the SNP’s manifesto said if Scotland was ‘dragged out’ of Europe against the will of the Scottish people, then the Scottish parliament should have the right to hold another independence referendum.

The constitutional implications for the UK are not likely to become clear for some time. The two-year period Mr Salmond mentions is specified under Article 50. It kicks in when the Prime Minister of the country leaving formally asks to do so. David Cameron has already said that this should be a decision for his successor. Leave campaigners have already indicated that they want nine months to a year for planning.

Added to this is the uncertainty that a new Tory leader introduces. It is not impossible that they will want to call a General Election to secure a mandate. A majority in Parliament is needed for them to do this and that is by no means certain. In addition, a new General Election could see Labour saying they would over-ride the referendum result if given a new mandate to do so by the electorate. If the economy was looking bad, they might get it.

What of the long-term future for Nigel Farage and UKIP? Whatever UKIP say, they are seen as a single-issue party. What happens to them when their raison d’etre is gone? Not to mention the generous funding they receive from the European Parliament!

The two big issues of the campaign have been identity and the economy. The Leave campaigners generally concentrated on identity issues like migration and border security (dubbed ‘Project Hate’ by Remain) and Remain stressed the negative effects on the economy of leaving (dubbed ‘Project Fear’ Leave). It seems like the identity issue had more resonance with the British people. Many of my own friends told me that whatever the economic consequences, they would vote for an independent Britain able to effectively control who came into our country. They were steadfast in that whatever the Bank of England, the IMF, and the Chancellor said.  The hope of ‘Project Fear’ was that enough of those undecided could be scared into a Remain vote. It didn’t work.

As Dr Paul Craig Roberts neatly summed up: ‘It is a propaganda choice to call these concerns racism rather than cultural defence, and the UK political establishment has made that propaganda choice.  Little wonder so many British citizens no longer believe that the British Establishment represents Britain.’

In the last stages of the campaign we had the tragic assassination of Jo Cox MP. The Remain camp cynically seized on this to boost their campaign. Anyone who voted Leave was a ‘hater’ and the language they had used to criticise immigration and the political class had led to a ‘climate of fear’ which in turn led to her death. Her two children were taken to Parliament to hear MPs pay tributes, and also to a big rally in London’s Trafalgar Square. This attempt to manipulate our emotions also failed. In fact many I know were disgusted by the shameful attempts to use the tragedy to boost a Remain vote. They were also angry at the way that their views were being falsely categorised and denigrated. If anything it made them more likely to vote Leave. I even had some friends who had voted Remain by post earlier, saying that they would have switched to Leave because of the disrespect tht had been shown, had they been given the chance! The ‘love versus hate’ theme has caused a lot of bitterness, anger, and division within our nation. Many Remain supporters are dismayed because it seems as if ‘hate’ has won. That’s one consequence of making the argument seem like a battle between good and evil – something the smug, condescending Left likes to do.

The Remain side also seemed to express social superiority. One YouGov poll showed voters in the highest social class, ABC1, split 53 to 38 per cent for Remain, while those in the lower C2D2 class split 52 to 29 per cent for Leave. The working class supporters of Leave have a big wants list, and they don’t want to wait for delivery. As Times journalist Daniel Finkelstein said: ‘The expectation of these ­voters, certainly their hope, is that leaving the EU can restore to this country control over its own destiny. They are hoping for greater protection from the social and economic change brought by globalisation. They seek more work, better-funded public services, less power to corporations and the elite and, above all, less of the ­immigration that they believe puts pressure on their wages and ­communities.’

They are likely to be disappointed. Corporate Britain doesn’t want to leave the single market. It’s difficult to see how we can stay in and not have free movement of labour. Nor are migrant workers suddenly going to disappear, if at all. Many work in key services and sectors which certainly wouldn’t want to lose them.

Leave voters are likely to end up feeling more and more alienated and betrayed as they find their expectations of change disappointed. Just this very morning, the spokesman for the Leave campaign was back-tracking and qualifying their poster pledge to spend money saved from the EU contributions on our National Health Service. It was always a very stupid tactic. UKIP Leader Nigel Farage said it was a ‘mistake’ to promise that in the first place. For a start, the figure was wrong. In 2015, the UK paid the EU an estimated £13 billion, or £250 million a week. Of course some of that money came back in EU payments funnelled through the government, so the government’s ‘net contribution’ was around £8.5 billion, or £160 million a week. A lot to be sure, but not what was stated. Nor is any government going to spend savings made from not contributing to the EU on one area. Leave never had a mandate to promise that – it’s up to the government of the day. So no surprise that the Leave spokesman was squirming and trying to avoid questions on our TVs this morning!

That’s on day one! I fear that’s just the start of the backtracking, qualification, and excuses.

The economic consequences are already kicking in with the pound and stocks crashing. The market will adjust somewhat as it was taken by surprise by the result (as were the pollsters and bookies), yet UK growth may well fall with effects on living standards, at least in the short-term. Negotiations with the 53 nations with whom we currently trade under EU rules are also unpredictable. Many EU politicians may give Britain a hard time because they fear the rise of opposition politicians in their own countries. Already Marine Le Pen has called for a French referendum. The Eurocrats will want to discourage that.

The British people have spoken, deciding to roll the dice in the hope that we can protect our identity and achieve independence and prosperity. Let’s hope we win our gamble! 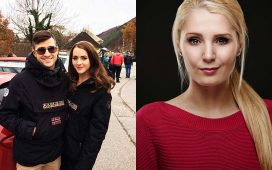