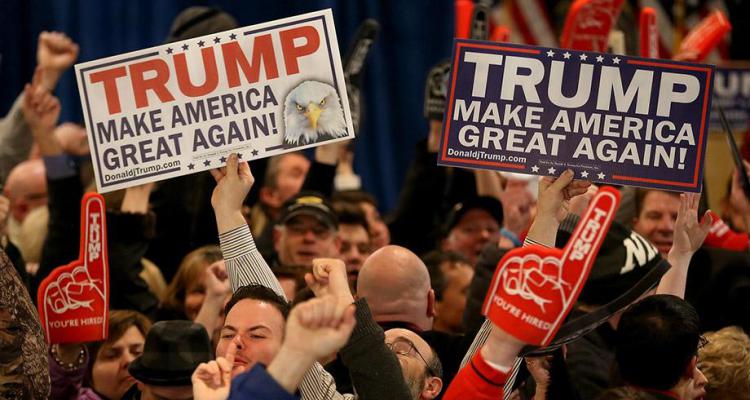 The Front National is Not Ready for Power

An interview with Alain de Benoist in which he discusses the Front National’s prospects, Donald Trump, and the recent controversy surrounding the rapper Black M.

The following interview was originally posted in French on the Breizh Info Website on 19 May 2016. The interviewer was Yann Vallerie. It was translated by Eugene Montsalvat.

We mentioned last week the re-release of the book, Beyond Human Rights by Alain de Benoist, by éditions Pierre-Guillaume de Roux. We asked Alain de Benoist some questions afterwards regarding this book, but also concerning the news, from Black M to Marine Le Pen and the Front National, as well as the rise of Donald Trump.

What is your feeling regarding the ‘Black M’ affair?

My capacities for indignation have been dulled for a long time, the same as yours probably. I do not hold it against Black M especially, to whose style of music I’m indifferent and who may very well detest the country where he lives if that pleases him, but rather against those who invited him. That the representatives of the State could have found it judicious to involve a rapper in the organisation of commemorations for the Battle of Verdun was clearly something stupefying. If we think about it, this speaks volumes concerning the depths of the hole into which French society has fallen.

But the way in which the authorities piteously renounced the initiative they had taken, once the controversy grew,  is no less significant, whereupon, of course, everyone declared that this unfortunate Black M was the victim of ‘racism’. Thus the grotesque was added to ignorance and cowardice.

In a year of presidential elections, we feel an important blurring of the potential forces on the Right as well as the Left. What do you see?

I do not see much for the simple reason that we still do not know, apart from Marine Le Pen, who will actually be running. Experience has shown me that we cannot say anything serious about a presidential election more than two or three months before it unfolds. Beforehand, we gossip.

Is Marine Le-Pen able to win the presidential election and obtain a majority in the National Assembly today?

I do not think so, and I especially think that it’s not in her interest. The Front National is clearly not ready to exercise power. Supposing that Marine Le Pen reaches the second round, which is probable but not certain, it would, on the other hand, be a very important step for measuring the Front National’s ability to attract voters. In this hypothesis, the important point is to know if Marine Le Pen will be running against a candidate of the Right or of the Left. If it’s a candidate of the Left, she will benefit by appearing as the only force of opposition to the latter. If it’s a candidate of the Right, it will be necessary for her to prioritize language capable of rallying the voters of the Left.

How do you perceive the rise of Donald Trump in the United States? Is his treatment by the media that he endures in France linked to a complete ignorance of American political life and his programme?

As I have already had the occasion to write elsewhere, I am extremely reserved about Donald Trump, who gives me the impression of a paranoid billionaire, drugged by reality television and crossbred with a Doctor Strangelove imbued with power. But beyond Trump, there is the Trump phenomenon, a distinct and much more interesting subject. If we can relate it to the Sanders phenomenon, we notice that it’s the first time in a long time that a populist surge this wide has manifested within the two big American parties. It is necessarily the case that traces of this will remain, especially if the abominable Hillary Clinton wins.

As for the all-around critiques that we can read against Trump in the French media, they can be explained primarily by political correctness, even if it is true that the French commentators, who are poorly informed about American political mores, rarely understand that the presidential election in the United States is something very different from ours.

The news of recent months shows a French government which is incapable of respecting the state of emergency that it itself decreed (demonstrations, violence, strikes). Could the country sink into civil war?

Many people advance this hypothesis, but I don’t believe it. In the foreseeable future, we can expect anger, troubles, riots, violence of all types, but civil war remains a phantasm in my eyes. I note elsewhere that those who are the most on guard against this prospect are also, in general, those who wish to see it happen the most. This is doubtless because they imagine that they are able to win the war in question, which only adds to their naivety.

Why have you chosen to reissue and expand your book, Beyond Human Rights?

Since the mid-1970s, human rights has become the civil religion of our time. It represents that which remains sacred in an epoch where the sacred has practically disappeared. Because ‘blasphemy’ is in fashion, it was so tempting for me to see, beyond the slogans and the mantras, exactly what the ideology of human rights consists of, what are its origins, what are its components (what man? What right?), and how it came to form the discourse for the legitimisation of the global expansion of the market. I thus reprised, updated, and largely expanded an essay I had published on this theme ten years ago. The new edition was published two months ago by éditions Pierre-Guillaume de Roux.

View from the Right by Alain de Benoist

It’s time to translate the book that is widely considered to be Alain de Benoist’s magnum opus – Vu de droite, or View from the Right.

One of the primary reasons we created Arktos Media in 2010 was to make the groundbreaking works of Alain de Benoist, the founder and chief thinker of the European New Right, available in English at long last, and toward this end we acquired the rights to his corpus right away. Since then, we have published five of his books in English, and two more will be appearing shortly – The Indo-Europeans and The Runes and the Origins of Writing. However, we now think that it’s time to translate the book that is widely considered to be his magnum opus – Vu de droite, or View from the Right. Campaign page