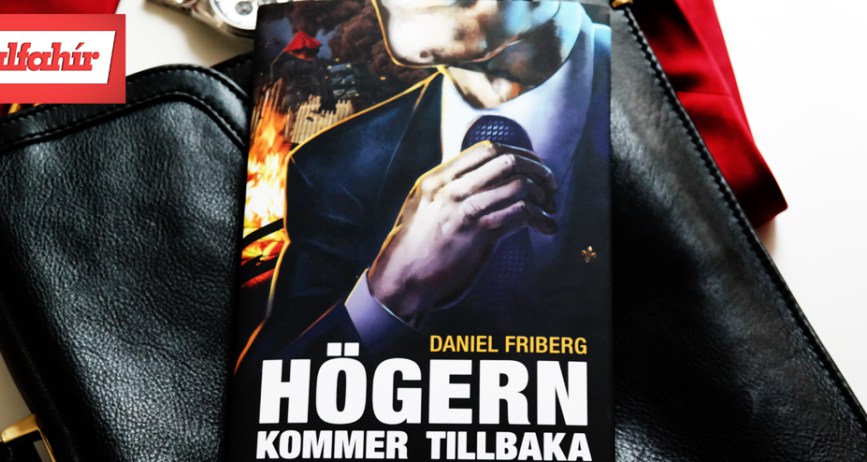 The Liberal Media Has Blood on Its Hands – II

Instead of indulging in self-pity we should view the current threats against Europe as an adventure, a chance for heroic deeds, and a chance to take part in shaping history. We should give faith to our peoples in order to make them view the current situation as a chance to do something important with their lives.

The following is part two of an interview which was published in Hungarian at Alfahír on 29 April 2016. You can find part one here.

Let’s speak a bit about the future. In your book, you write that really successful political change is unimaginable without first changing the ways people think in a society. How is this possible in practice?

This is very hard work. It takes a lot of time and patience, and you also have to understand the basics of metapolitics. The most important prerequisite for the metapolitics that I describe is to acquire a solid influence over the flow of information – the media. This is true for all aspects of the press: print, television, radio, and the Internet.

The real Right must reconquer the media and the cultural institutions from the radical Left and the liberals. The Left very quickly understood its importance. They put a lot of energy into educating themselves to become journalists and to take up positions at other important opinion-forming institutions. For example, in Sweden, many journalists have a background in the radical Left, and in some cases even in the violent antifa movement.

I think we should do exactly the same thing, and we are already doing it. Those of you at Alfahir, we at RightOn.net and the Scandinavian think-tank Motpol.nu (the latter is not a typical news site, but rather consists primarily of theoretical and ideological material). But the Swedish alternative news sites that I mentioned before also strengthen this endeavour. In recent years, they have been able to start competing with the largest mainstream media institutions. The alternative media in Sweden is expanding rapidly, while the liberal-Leftist mainstream media is losing readership and credibility. Some Swedish Leftist newspapers have already gone bankrupt, and I’m looking forward to those others who will share their destiny, which is something I often say to their journalists when they ask me for interviews. (laughter)

As you mentioned, it’s a long process which requires a lot of patience, but because of the dire nature of the crisis that Western society is in, many think that we are in the eleventh hour. Do we have enough time to make it happen?

Yes, I think we do, and while we may be in the eleventh hour in certain ways, the fight has only just begun. The European people are starting to wake up, and the main part of the battle is still before us. We have many years to prepare, even if everything is evolving more quickly than before.

We won’t need as much time as the Left did to change Europe’s culture. They needed 40-50 years to do that, because their ideology is sick, twisted, and crazy, and based on completely false assumptions concerning human nature. A lot of propaganda and brainwashing was required to make people accept their nonsense.

Our ideas, on the other hand, are realistic, natural, and in accord with the instincts and behaviour of normal people, as well as the reality they experience in their daily lives. So we will need a lot less time, perhaps as little as five or ten years, to shift mainstream opinion back to normality and traditional values.

The readership of the Scandinavian Right-wing media has increased by approximately 500 per cent during the last five years, which is an outstanding result, and its progress has not slowed down. Many things can happen in a few years: if there are ten more incidents like the one in Cologne, people’s opinions will change very quickly. The tragic events created by the migration crisis, such as terrorist attacks, mass sexual violence, crime, chaos, and no-go zones will quickly force Europeans to wake up and realise what is going on.

We have basically reached a point where we no longer have to convince the people that immigration is a bad thing, because it’s already clear to the majority in most countries. Our current mission is to make them understand that we have a chance to win – we must give them hope and inspire them to action. This was therefore one of my primary goals when I wrote my latest book, The Real Right Returns.

Naturally, we will win this fight in the end. The only remaining question is how many more European victims it will take, how many Europeans will have to die, before we can reform European societies to the safe and traditional condition they used to be in before mass migration. Our main goal is therefore not only to win, but to win political influence as quickly as possible in order to minimise the number of victims of immigrant-related crime such as murder, rape, and terrorism.

We do have a problem in that many critics of immigration policy tend to focus a bit too much on negative things, such as the statistics about immigrant-related crime, since too much information of this sort will only make the population depressed, demoralised, and passive. We have to instead focus more on reforming their attitude and inspiring new hope, as I am trying to do in the last chapter of my book.

Instead of indulging in self-pity we should view the current threats against Europe as an adventure, a chance for heroic deeds, and a chance to take part in shaping history. We should give faith to our peoples in order to make them view the current situation as a chance to do something important with their lives. Those who were born, for example, in the 1950s didn’t have this chance. They could influence very few things. But we, who are living now, we have the chance to influence the future of Europe itself, which I view as a great privilege.

Let’s talk about another difficult question. How is the situation concerning the second- or third-generation immigrants, who were born in Europe and could not, or didn’t want to, integrate into European societies? It’s difficult to tell them to go home, since they were born here. How do you think this issue can be handled?

I get this question quite often, as this is one of the favorite arguments of the Left when they answer criticism of immigration and multiculturalism: ‘You can’t do anything about all the immigrants who are already here, so it’s no use wasting energy trying to.’ I think the solution is simple: if the political power is ours, it’s easy to implement a humane and peaceful remigration programme.

The easiest group to repatriate are those who have arrived recently and who haven’t received their citizenship yet. Their reasons for requesting asylum should be reinvestigated, and since almost none of them have proper reasons, their visas can be revoked. And those few who still have justifications could be given temporary visas to remain that would have to be renewed and reinvestigated on an annual basis.

After that, our entire social benefits system should be revised in a manner similar to the Hungarian system’s. In this way, we will remove most of the ‘pull factors’ which draw non-European economic immigrants to Sweden, and a large portion of the non-European immigrants already there would go elsewhere, since they came for these same social benefits. They certainly did not come to Sweden for the pleasant weather. (laughter)

Thirdly, we have to implement a zero-tolerance policy towards crime: immigrants without citizenship should be automatically deported when they commit crimes, and it should also be possible to revoke citizenships in cases of severe crimes – especially since many immigrants already have dual citizenships.

Fourthly, we can put a programme in place which will provide positive incentives for them to move back to their home countries, or a neighbouring country in their region, for example with a one-time cash grant of 10,000 euros to those who sign an agreement to remigrate and never return to Sweden. This could be combined with making deals with their home governments, or governments in culturally compatible countries in their vicinity, where we would be willing to provide them with financial incentives to receive these people. Even paying out all of these subsidies will be cheaper by far than the cost of keeping them in Sweden.

What about those who wouldn’t peacefully agree to these measures and would revolt? Do you think it could lead to a civil war situation?

The ideal situation would be that parties willing to implement remigration measures like those I just outlined gain political power. I really hope that is possible over the next ten years. Otherwise, the crisis will deepen, and things can easily escalate into a civil war. There are already tendencies leading in this direction, as we saw in Cologne or Brussels, and these event will seem minor compared to what we can otherwise expect in the future.

A portion of the immigrants are already prepared for a conflict like this. It’s their aim, because they view it as part of their holy jihad to conquer and Islamise Europe. These people are certainly better prepared for armed conflict than most of the urban, feminised Western Europeans who have been weakened by liberal culture for decades.

But we should also consider the fact that people from the Swedish countryside are tougher. They have licensed weapons which they use for hunting, and know how to use them. The people in this category are definitely more prepared for any conflict than the immigrants who are living in the big-city ghettos, and who are used to getting everything for free, who do drugs, play video games all day, and who pass their time by engaging in petty crime. Some of these immigrant ‘ghetto thugs’ might have one or two illegal handguns stashed away, but they are not very skilled at using them. They are more like the stereotypical Black gangsters in rap videos than like true warriors.

It also helps us that we are fighting for our own home, continent, and our entire civilisation. Some of the immigrants may be religiously-motivated fanatics fighting their holy war, but the majority of them are only fighting for a better standard of life. This will ultimately give us the upper hand, if a violent scenario should play out, although this should of course be prevented at any cost.

But the future is not yet decided. We have the chance to shape it. And what we do from this point forward will ultimately decide the fate not only of Sweden, but of Europe as well. And I’m quite optimistic.