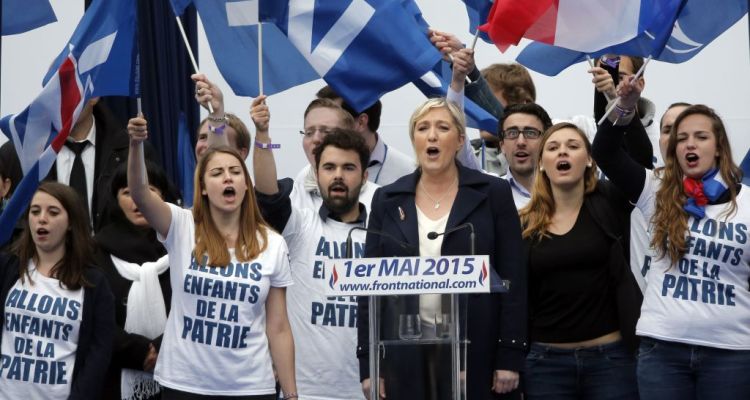 In every epoch and in each country, there are always many Rights and many Lefts.

That firstly means that I do not judge ideas according to their provenance, but according to their correctness. The truth value of an idea does not depend on its label. Alternatively, it also means that I have no more indulgence for the foolishness of the Right than I have for the sectarianism of the Left. José Ortega y Gasset said, in The Revolt of the Masses: ‘To be of the Left or to be of the Right is to choose one of the innumerable ways offered to man for being an imbecile; both, actually, are forms of moral hemiplegia.’ For my part, I was always surprised to note that the men ‘of the Right’ in general have no Leftist culture, and the men of the ‘Left’ in general have no Rightist culture. It’s the reason for which one or the other makes their adversaries into a representation that is usually on the order of fantasy.

Among a certain ‘Right’, it is customary to denounce the ‘false Right’, as on the ‘Left’ they willingly criticise ‘the betrayals of the false Left’. Do these quarrels hide a deep political problem?

Actually, there is a deep political problem, but it is not subjective opinions which can help to identify it. If we hold to a scientific approach, we must recognise that the specialists of political science never managed to agree on a notion that could serve as the common denominator for the entire Right (or the entire Left). Multiple propositions have been advanced (liberty or equality, conservatism or progressivism, order or change, perfectibility or imperfectibility of human nature, etc.), but whatever the criteria, there are always exceptions.

In the historical scheme, we have the habit of dating the Left-Right cleavage to the French Revolution, but in reality – in France at least – these terms only spread into the public discourse in the last years of the nineteenth century. It would never have come to the mind of Karl Marx, Georges Sorel, or Proudhon to define themselves as ‘men of the Left’! The alliance of the worker’s movement with the progressive Left did not occur earlier than the Dreyfus Affair. Moreover, far from being assigned a fixed residence, a number of ideas have not stopped strolling across the political countryside: liberalism passed from the Left to the Right, colonialism was first defended by the Left before being on the Right, ecologism passed from the Right to the Left, and so on.

The truth is that in every epoch and in each country, there are always many Rights and many Lefts. Some of these Rights have more affinity with some of these Lefts than with other Rights. In France, everyone knows the division proposed by René Rémond between the Orleanist Right, the Legitimist Right, and the Bonapartist Right. This is far from exhausting the subject.

Recently, a number of factors have accelerated the dissolution of the Right/Left cleavage, whether it’s the quasi-disappearance of the sociological families where people used to vote in the same way from father to son (today, we zip from one party to another like how we try various products at the supermarket), the crisis of representation, or the extraordinary refocusing of party programmes that feed the dream of a ‘consensus of the centre’. The Right abandoned the nation in order not to displease the multinational corporations, and the Left abandoned the people by rallying to the market-centred society. All are partisans of human rights and the liberalisation of capital, and all pursue convergent policies when they come to power.

The result is that people have more and more difficulty understanding what still distinguishes the Right and the Left. Is Emmanuel Macron a man of the Left? Alain Juppé, a man of the Right? And where to classify Marine Le Pen, who camps on a line that is neither to the Right or the Left? Natacha Polony just declared, ‘When I look at the representatives of the Right, I do not feel Right-wing for a single second. Ditto for the Left, where I no longer find my place.’ More and more people are in the same situation.

If the Left/Right cleavage is fading, what is replacing it?

Today, the fundamental cleavage is globalisation, and behind it, the relationship to the idea of progress, the liberal order (whether economic or societal), and the monetary system. There is on one side those who profit from globalisation, whether they are on the Right or Left, and on the other, those who are victims, whether they are on the Right or the Left (the ‘peripheral’ France).

That’s what has been well understood, to various degrees, by populist movements. Populism, of which we persist in not understanding its true nature, consists of articulating social demands that express themselves from ‘below’ to create a counter-hegemony to the hegemony ‘on top’. The middle and popular classes can thus stand up as representatives of the entire social fabric, on the model of what happened in 1789 when the Third Estate proclaimed itself, on the basis of the ‘notebooks of grievances’, as the true trustee of national legitimacy. Thus it can begin the gradual deconstruction of the system that is in place. But on the other hand, it’s also what explains how, in the dominant class, the idea of national union between the ‘parties of government’ never ceases to advance towards the neutralisation of the ‘recalcitrants’ from both sides. The clarification born out of this is that these two phenomena are mutually reinforcing.

This interview with Alain de Benoist was posted in French on 16 April 2016, on the Boulevard Voltaire Website. Nicolas Gauthier was the interviewer. It was translated by Eugene Montsalvat.