The topic of today’s program is the ongoing crisis in South Africa, and joining us is Dan Roodt, who is an Afrikaner author and publisher who lives in Johannesburg, South Africa.

Dan Roodt is also the founder of PRAAG, the Pro-Afrikaans Action Group, which campaigns for the Afrikaans language, as well as for the rights of the indigenous White minority in South Africa more generally. We discussed the ongoing crisis in South Africa as well as his hopes for the future of his country.

Guillaume Faye and the Future of Europe

This is an effort to get Guillaume Faye’s three latest titles translated and published as soon as possible.

Since its inception, Arktos has acquired the English-language rights to all of Guillaume Faye’s works that were written over the past 20 years. So far we’ve published four of them, and we have a fifth – The Colonisation of Europe – on its way later this month. Recently, we also purchased the rights to his most recent titles. We are now launching a Kickstarter campaign in an effort to get these translated and published within 2016. 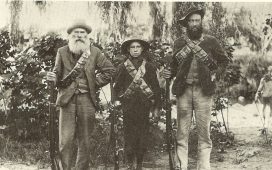 Woe to the Vanquished