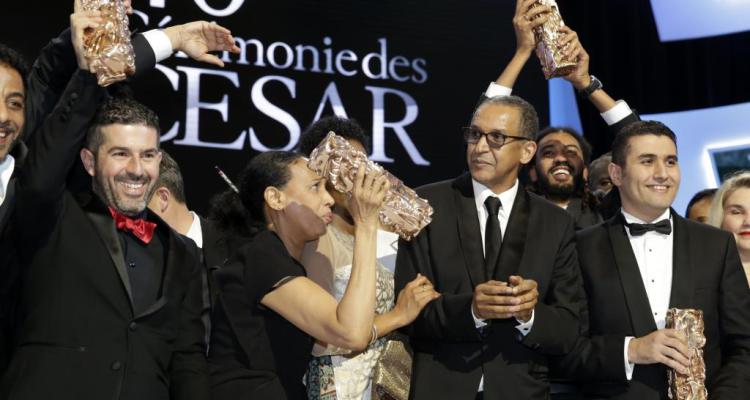 Diversity? No, the Choice Between Right or Left Liberalism

Interview with Alain de Benoist: “It is necessary to promote the races-that-don’t-exist by removing those that do not have the right to exist. As we are in a society of an Orwellian type, we understand from such declarations that today’s promotion of ‘diversity’ really aims to make it disappear.”

At a time where the dominant media stuns us with ‘diversity’, you only have to go a bit further to note that it’s rather uniformity that reigns as master. Paradox?

It was towards 2007, under the influence of a trend coming from the United States, that the term ‘diversity’ (implied: ‘of origin’) began to cover the semantic field with what we called before ‘visible minorities’. When we are told, for example, that the ceremony of the 41st César Awards has sanctified ‘diversity’, it meant that minorities were honoured (except when they were mentioned in a non-conformist fashion, which explains why the excellent film by Jacques Audiard, Dheepan, did not receive even the least award) at the expense of the majority. It’s in the same spirit that Delphine Ernotte, the new president of France Télévisions, could declare a few months ago that ‘we have now a television full of White men over the age of fifty, and this has to be changed’. In other words, it is necessary to promote the races-that-don’t-exist by removing those that do not have the right to exist. As we are in a society of an Orwellian type, we understand from such declarations that today’s promotion of ‘diversity’ really aims to make it disappear.

Another way to proceed is to put in place a false semblance of plurality, together with a false freedom of choice. Consider again the example of television: there is always more choice because there are always more channels, but as they say more or less the same thing, the choice is nonexistent in reality. We could make the same observation regarding political parties. Most of them use different words to deliver the same message, namely that we live in the only possible society. We have the choice between the liberalism of the Right and the liberalism of the Left, as we have the choice between L’Express or Le Point, Total or Esso, Pepsi or Coca Cola.

The standardisation of lifestyles is implied by the global expansion of the marketplace and the necessity inherent in the monetary system to infinitely pursue the process of accumulating capital. Diversity is thus only tolerated on the basis of concrete uniformity and abstract universality. The whole society transforms itself into a machine to fabricate sameness.

Cultural diversity is the finding that different cultures exist. But, for two millennia, all the universalist doctrines have aimed to persuade us that men are fundamentally the same. After having been secularised starting from the eighteenth century, these beliefs aspire to the leveling of what Max Weber called the ‘polytheism of values’, to the suppression of borders, and to global government. The image of man that they convey is that of a man detached from the soil, unbound from every form of belonging and rooting, and that would only be governed by abstract references (the rights of man) and impersonal social mechanisms (juridical contract and commercial exchange). The general idea is that it is necessary to destroy cultures and peoples, that is to say diversity, by favouring general hybridisation and ‘mixing’ as the normative ideals of a vast system of standardisation. There is an allergy to differences that is reminiscent of the ‘monotonotheism’ of which Nietzsche speaks.

Claude Lévi-Strauss, for whom civilisation implied ‘the coexistence of cultures that offer the maximum of diversity between themselves’, already said in 1955, in Tristes Tropiques, ‘Humanity is moving into monoculture; it is getting ready to produce civilisation in mass, like beets.’ Here we are, in an epoch where every culture that claims not to align with the dominant model is regularly presented as ‘archaic’, scandalous, or menacing.

Beyond what happens among humans, there is also biodiversity, that is to say the diversity of living things. But, there as well, the news is not reassuring.

In 3.8 billion years, five massive extinctions of all forms of life have taken place on Earth. The latest to date, that of the Cretaceous-Tertiary period, 65 million years ago, saw the disappearance of nearly 80% of the species of that epoch (including the famous dinosaurs). Many millions of years are necessary to recover biological diversity following a massive extinction. But, in the unanimous opinion of the specialists, we have entered today into the sixth phase of the mass extinction of living things.

Human activity does not cease from speeding up the pace of the extinction of species, that is today at least a hundred times greater than the natural pace. The large wild animals are massacred, sustainable ecosystems are polluted, the habitats of numerous species are destroyed; over-exploitation, productivism, and deforestation does the rest. Already, nearly 41% of amphibians, 26% of mammals, and 13% of birds are threatened with extinction. At today’s pace, many thousands or scores of thousands of species are being annihilated each year. By the end of the century we will have eliminated more than half of the animal and vegetative species on the planet, until attaining the critical threshold of 75% of species extinction, beyond which we can speak of mass extinction. And we will suffer the consequences because, given that the species do not live side by side, but in interaction with one another and their surroundings, there exists a systemic link between ecosystems and the biosphere. This amounts to saying that we depend on biodiversity. By attacking it, it’s ourselves which we put in danger.

This interview with Alain de Benoist was posted in French on 1 March 2016, on the Boulevard Voltaire Website. Nicolas Gauthier was the interviewer. It was translated by Eugene Montsalvat.