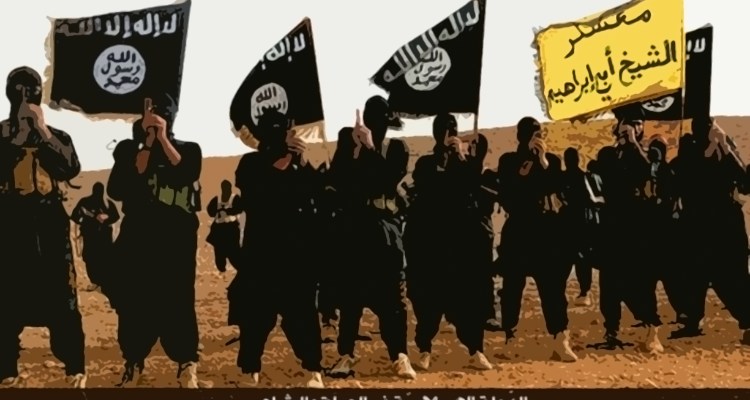 What Do We Replace ISIS With?

France’s response to the Islamic State has been completely inadequate, both on the military and political levels. It has also been hampered by NATO, and France should question whether its continuing participation in the alliance actually serves its best interests.

Editor’s Note, January 26: The original posting of this interview contained several translation errors which have now been corrected. We apologize for this.

François Hollande promised at Les Invalides to ‘do everything possible to destroy the fanatics of the army of Daesh’ (or ISIS-Ed.). Are we taking that path?

It’s posturing. After having refused to bombard the positions of the Islamic State for more than a year in order to concentrate on bringing aid to the opponents of Bashar al-Assad, the head of state has now only decided to intensify our strikes. But air strikes have never allowed any country to win any war, especially when these strikes are made by fighter-bomber planes, which have a hard time in hitting moving targets and enemies who are particularly apt at dispersion and embedding themselves in the population (we would not be so naive at this point as to believe that our strikes only hit the jihadists!). We now make twenty or thirty strikes every day on a territory as large as Great Britain, and there have been about 8,300 strikes since the beginning of the bombing campaign. The strikes carried out by our own combat aircraft only represent 4% of this total. They are, at best, capable of destroying 1% of the total effective forces of Daesh. This is far from what is needed.

He who invokes war means war effort. For years, the military budgets have been the stepchildren of public funds. Henceforth, they have gone below the sufficiency threshold. They can no longer assure us of the defence of our sovereignty in a world that is constantly becoming even more dangerous. Likewise, the thousands of military personnel who could be better employed elsewhere have been transformed into street watchmen (the Vigipirate [the French terror alert system, which sometimes deploys soldiers in France-Ed.] and Sentinelle [the name for the deployment of the French Army within France itself following the January 2015 terrorist attacks-Ed.] operations mobilised the equivalent of two brigades, while we only have twelve). As Colonel Michel Goya put it, ‘It is always difficult to pretend to have the biggest arms when we no longer have arms.’

What must be done?

Everyone knows full well that we cannot forever avoid putting troops on the ground, but no one wants to do that for the time being. To quote Colonel Goya again, ‘One can speak about asymmetrical warfare, and often the successful resistance of the ‘weak’ over the ‘strong’ can only occur for as long as the latter is afraid to fight on the terrain of the former… When one wants to avoid any losses, one does not launch military operations.’

Assuring the closure of the border with Turkey, which is non-existent today, would be one of the first objectives which should be attained. In effect, Turkey is playing an irresponsible game. Everything it is doing is designed to serve the purposes of harming Bashar al-Assad and preventing the birth of an independent Kurdish state. Directly or indirectly, it is aiding Daesh, financing it by purchasing its oil. It does not hesitate to destroy a Russian plane because it bombed a petroleum convoy, and the United States grants its support to them in this very serious aggression solely because the Turks are members of NATO.

This poses the question of our relations with NATO. General Vincent Desportes did not hesitate to say that it has become a ‘threat to the security of Europeans’ and a ‘tool of strategic disempowerment’ that ‘deprives us of the means to win wars, and constitutes the greatest obstacle to the establishment of an independent common European defence’. This should lead us to collaborate without hesitation with all the enemies of our enemies – Russia, Syria, and Iran, to begin with. But, to speak without illusions, all the specialists know that this war can only be a long-winded enterprise that will last at least ten or twenty years.

Suppose that the West – this term is used by design – has the technological capacity to win the war against terrorism, then how would they win a lasting peace?

To speak of ‘war against terrorism’ (or ‘war against fanaticism’), as the Americans do, is only a way of avoiding naming the enemy. Our enemy is not terrorism. Our enemy is those who use terrorism against us – and we have, up until now, terrorized them more than they have terrorized us. Today, we have the tendency to present military interventions as ‘police operations’. This neglects the fact that there is an essential difference between one and the other, because war aspires to achieve peace through victory, while the police pursue a mission without an end (we do not make peace with criminals). To refuse the status of an enemy to those that we fight is to engage in hostilities that will never end.

To fight against the Islamic State implies attacking the primary causes of its strength, which are not military, nor even religious, but which are fundamentally political. It’s useless to suppress Daesh if we don’t know what to replace it with. To imagine that things will resume their normal course once we have made the ‘fanatics’ and ‘psychopaths’ disappear is nothing but a daydream. It will require intense diplomatic activity, both national and especially regional. Ultimately, a major international conference will be necessary that will probably call for the redrawing of the borders. But for the moment, it is already necessary to know more about the Islamic State, and to ask – this question was recently posed by Xavier Raufer – how it is that its leaders are not merely Islamists, but also in many cases were part of the former cadres of Saddam Hussein’s army.

This interview with Alain de Benoist was posted in French on 28 December 2015, on the Boulevard Voltaire Website. Nicolas Gauthier was the interviewer. It was translated by Eugene Montsalvat.