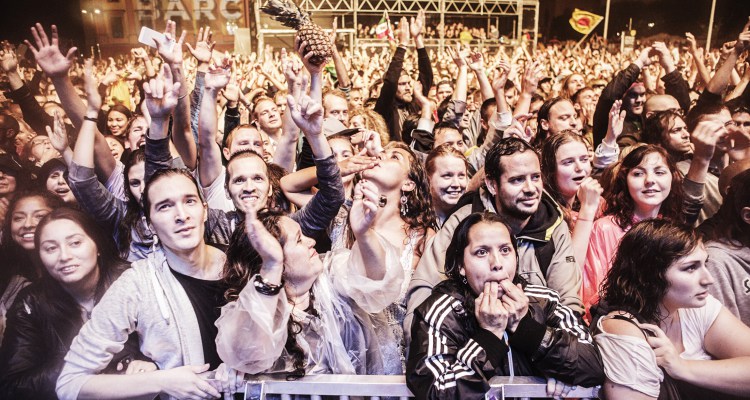 The major Swedish newspaper Dagens Nyheter has attempted to prove its innocence in its cover-up of reports pertaining to the mass molestation of Swedish girls last summer, but its defence has collapsed in the face of incontrovertible evidence to the contrary.

The public outrage in response to revelations that Dagens Nyheter, one of Sweden’s major daily newspapers, attempted to cover up an incident which occurred in August 2015 when recent immigrants, mostly from Afghanistan, molested Swedish girls during a public music festival, has entered a new phase. Today (Wednesday, January 13), the independent news Website Nyheter Idag published further evidence of Dagens Nyheter’s indifference to the public’s right to know about major incidents of felony and criminality perpetrated by immigrants.

As a result of Nyheter Idag’s revelations, Dagens Nyheter has launched a media blitz in its own defence which is without parallel in Swedish media history. The linchpin in its efforts to clear its name in the eyes of the public is its claim that no reliable sources within the Stockholm Police Department could be found at the time, and that its investigative efforts only turned up a single anonymous source from outside the Stockholm Police Department.

However, Nyheter Idag has now published a text message which was sent to a police sergeant within the Department, a message which was sent by the very Dagens Nyheter journalist who had set the entire process in motion. The message was dated 21 August, which was five days after the festival and the mass sexual harassment which took place as it ended.

This message confirms that Dagens Nyheter, contrary to its own public claims, in fact had a reliable source within the Police Department who had access to relevant and up-to-date information concerning the incident. Dagens Nyheter could have acquired all the information about the molestations that it needed – if only it had chosen to communicate with the source that its journalist was in contact with, but instead it chose first to ignore the report, and then deny its existence altogether. There could have been no reasonable doubt that the Swedish public would have wanted to be informed about news concerning the organised, mass molestation of Swedish girls during a public festival. The problem was only in Dagens Nyheter‘s agenda of political correctness.

The second blow to Dagens Nyheter’s credibility in its struggle to regain the confidence of its readers and the public has to do with Sweden’s Availability of Public Records Act. According to the Act, all public documents not specifically designated as classified must be made available to the public on request. A note concerning any documents which are requested and forwarded on must be made in the respective government agency’s, or authority’s, ledger.

The problem which faces journalists or others who would request such documents is that a document can normally only be located from among the mass of other documents by using its assigned number, or by the use of specific knowledge about its contents. The sole alternative is to have the help of a person who has inside knowledge about the document in question.

According to Nyheter Idag, on Sunday, January 10, Dagens Nyheter published material from the Stockholm Police Department’s records in a report on the incident that it had not requested according to the usual procedure, which would have been noted in the ledger, given that there is no record of it. Rather, it must have come from a Deep Throat-esque source within the Department. In fact, the ledger shows that Dagens Nyheter did make such a request on Tuesday, January 12, but the Sunday article was based on material to which Dagens Nyheter had obviously had access prior to that time. It must have been a well-placed person with a high degree of access within the Department who was able to locate the material outside of normal office hours, copy it, disseminate it, and then return it without leaving any trace.

Dagens Nyheter has claimed during this ongoing blitz that nobody in the Stockholm Police Department would help, but this is simply not a credible claim. The evidence shows that they clearly have an excellent contact who went to a great deal of trouble to shed light on the material and the events it covered. This is plain to see by the lack of any notation in the request ledger, and is undeniable. The ledger itself can be inspected under the Availability of Public Records Act.

Dagens Nyheter’s case for its innocence and blissful ignorance about news that it was obligated to report on, but which it failed to do because it was politically uncomfortable, seems to have all but collapsed. Stay tuned for more updates concerning this ongoing investigation.