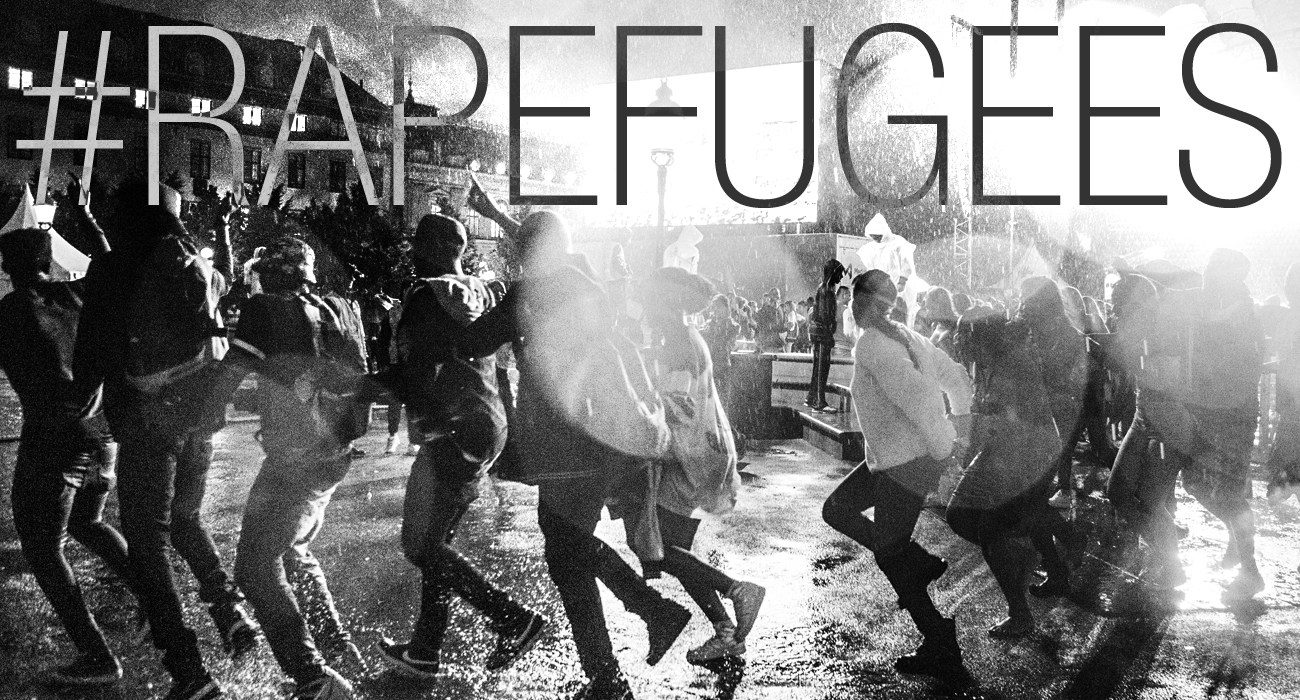 Coverup and Whitewash in Sweden’s Power Triangle – Part I

A psychologist from the Stockholm Police Department has blown the lid off of a prominent newspaper’s attempts to ignore a story concerning mass sexual harassment of Swedish girls that occurred at a recent youth festival in Stockholm.

An inside story by Nyheter Idag (News Today), a news-oriented, independent Website, has recently cast a spotlight on the close collaboration between Sweden’s three most powerful institutions – the media, police, and the government – and equally upon the degree to which denial is the rule in all of them, at least in the case of problems related to immigration and intercultural conflict.

The subject was the annual youth festival which takes place just before the beginning of the schools’ fall semester and which is organised by the municipality of Stockholm. It has the explicit purpose of preventing conflict within school-age youth groups by offering diversions in the form of concerts given by popular musicians.

The youth festival, however, ended up accomplishing the opposite of its intentions. According to numerous eyewitnesses, male immigrants from the Third World used the opportunity to single out ethnically Swedish girls in the crowds in order to sexually harass them. The number of harassment cases that have been reported runs to about 90, as related by festival staff who apprehended the perpetrators and removed them from the area.

The long-standing policy of the mainstream Swedish media is to scrupulously withhold any information concerning immigration-related problems in Swedish society. This would have been just another item on the Swedish media’s long list of cases where they have ignored immigration-related crimes were it not for a psychologist from the Stockholm Police Department who chose to share the story – including all of the ugly, unmentionable ethnical details – with Nyheter Idag.

The root cause was the psychologist’s frustration when he tried to share the story with a reporter at one of Sweden’s largest and most prestigious newspapers, Dagens Nyheter (The News of Today). At first, this journalist lost all interest when he revealed the ethnic profile of the wrongdoers, but then she changed her mind and called him back in the wake of the similar incidents which occurred on New Year’s Eve in Cologne, Germany, and which received wide coverage. E-mail exchanges and recorded phone calls which were published by Nyheter Idag clearly indicate Dagens Nyheter‘s callousness and indifference to human suffering when it doesn’t fit its policy of maintaining silence concerning all crimes in which ethnicity plays a role. The messages and recordings reveal that the journalist at Dagens Nyheter had had a flash of bad conscience, possibly triggered by another Dagen Nyheter reporter’s passionate article the previous day which discussed the Western values of respect for women’s integrity, and how it was the mission of journalists to defend these values.

The conversation turned distinctively sour when the Dagens Nyheter reporter made excuses in which she claimed that she had tried to give the story to other reporters, and how she had failed to reach the Stockholm Police Department for clarification (the Stockholm Police Department has a press service which operates 24/7). She broke it off completely after she learned that the psychologist had given up on Dagens Nyheter and passed all the information about the matter as well as their own interactions to Nyheter Idag, where an article about it was published on Sunday, 10 January.

On that Sunday, the brouhaha quickly grew to epic proportions when Dagens Nyheter‘s Crisis Management Department failed to keep the lid on the breaking news as the information rippled through social and alternative media. The Crisis Management Department, led by Editor-in-Chief P. Wolodarski, quickly made the decision to place the blame squarely on the shoulders of the Stockholm Police Department for allegedly failing to keep Dagens Nyheter informed about the matter, resulting in Dagen’s Nyheter‘s failure to report on the crimes that had occurred at the youth festival. One Stockholm police lieutenant’s subsequent public statement at first seemed to corroborate this assessment – but since then, he has denied the exact language which Dagens Nyheter attributed to him, in which they quoted him as saying that ‘we can’t report on such things out of fear that the Sweden Democrats will benefit’. The lieutenant acknowledges having made this statement, but claims he said it in reference to xenophobes in general, and not to the Sweden Democrats specifically. Other undisclosed police sources have subsequently been quoted as saying that it was ridiculous for the Dagens Nyheter to claim ignorance of a major police matter about which they had repeatedly called Dagens Nyheter‘s news desk at the time.

Meanwhile, Sweden’s Chief Police Commissioner, Dan Eliasson, wasn’t playing along with Dagens Nyheter‘s story. At a recent press conference, he notably made sure to refuse to accept the blame on behalf of either the local or national police authorities, which he leads. Mr. Eliasson’s only statement on the matter was that only an investigation could clear things up.

On Monday, the opposition leader of Sweden’s parliament, the Riksdag, issued a formal summons to Anders Ygeman, Sweden’s Minister of the Interior, to clarify the matter in a parliamentary hearing. Meanwhile, the editor of Nyheter Idag has promised that more germane material concerning the matter will be published later this week. Right On will continue to report on these developments in subsequent articles as more information becomes available. Stay tuned.

TopicscrimeethnomasochismimmigrationjournalistsmediaSweden
Share on FacebookShare on TwitterShare on RedditShare on VKontakte