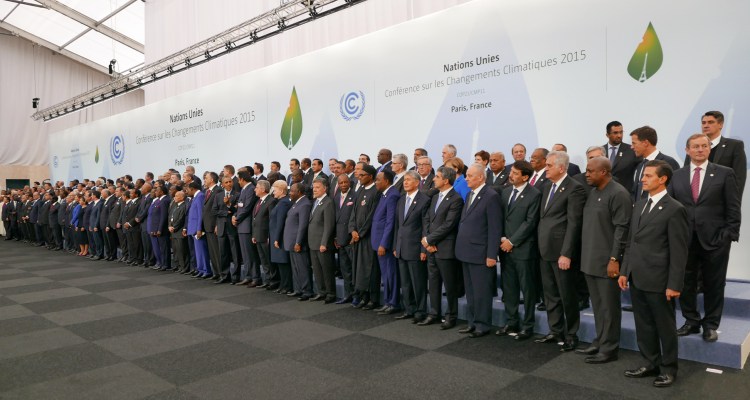 We cannot face the ecological crisis without breaking with the global neoliberal order.

This interview with Alain de Benoist was posted in French on 18 December 2015, on the Boulevard Voltaire Website. Nicolas Gauthier was the interviewer. It was translated by Eugene Montsalvat.

The COP21 has ended on an accord that was presented to us as ‘historic’. You are not a ‘climate skeptic’, how do you interpret it? Simply a mundane and globalist gathering? Or did it indicate a growing awareness of the fact that planetary problems can finally only be resolved on a planetary scale?

The question of climate (or more exactly of climates, because there is not a single and unique terrestrial climate) is an extremely complex question, and I personally have a lot of trouble taking seriously the ‘opinion’ of those who have not devoted at least 12 hours of study to the document in relation to this matter. In any case, even if climate change does or does not have a man-made origin, we will have to face it. The objective, as you know, is to remain below the 2 degrees Centigrade level of global warming by the reduction of greenhouse gas emissions by 2020. The participants in the COP21 agreed to do so ‘without delay’, which means nothing. Moreover, the 187 countries represented, whose divergent interests were in conflict until the last minute, only accepted signing the accord on the condition that there were no juridical constraints. Moreover, how could there be? Who could impose the decisions made by the strongest and most polluting states? Do we imagine it has the means to force the Americans or the Chinese to respect an international accord?

The text of the accord is in fact clearly schizophrenic. On one side, the signatory countries want to react to climate change – a laudable care. On the other, the immense majority adhere to the theses of liberal economists who want to endlessly increase industrial production and commercial exchange, encourage mass tourism, base the economy on the ‘comparative advantages’ of each country, and so on. In other words, they are convinced of the virtues of capitalism that tend to suppress all the obstacles capable of slowing the headlong rush of productivity. On one side they want ‘to save the planet’, and on the other they want to keep doing what destroys it. There is enough here to remain sceptical of the results we can expect from this grand mass of the expertocracy.

During the COP21, climate change was spoken of at length, but not a word was said regarding industrial pollution, agricultural pesticides, deforestation, desertification, etc. Were other major issues also missed?

That was not the subject, but you are right to speak of it. No one has spoken of population growth, which is likely to result in more and more uncontrollable mass migrations. Not a word, not one, on air and maritime transportation (to tax kerosene would harm the interest of airplane manufacturers), no indications concerning the mechanism for setting the price of carbon, and so on. By all evidence, what the participants failed to grasp was the notion of limit. This is the idea that nature imposes impassable limits on development. That is not part of their culture, because they adhere to the doctrine of ‘always more’, and they confuse it with ‘always better’. They do not realise that the true question being posed is not to know if the planet can be ‘saved’, but if civilisation can survive its encounter with the limits nature imposes on it.

Do you believe in all that ‘sustainable development’?

This term has been fashionable since the conferences in Stockholm in 1972, Rio in 1992, and Copenhagen in 2009, but ‘sustainable development’ (or ‘supportable’) is only an oxymoron. It’s a media posture designed to cheaply reassure, and that, in the best case, only delays the deadlines by which we can reduce speed without changing course! We habitually define it as a ‘mode of development that permits the fulfillment of present needs without compromising the capacity of future generations to fulfil theirs’. Clearly, it means to reconcile ecological care with the requirements of growth and the protection of the environment with the interests of the economy. It is only squaring the circle, because growth is the principal source of the deterioration of the ecosystems and the exhaustion of natural reserves.

It is in this spirit, for example, that we have adopted the ‘polluter-payer’ principle, inspired by the theory of Ronald Coase (1960), that seeks to install a veritable market of the right to pollute, where enterprises capable of paying the price for their pollution are the first to benefit. However, they are also the ones that pollute the most: they only add the cost of pollution to their production costs. These ‘permits to pollute’ are also completely unsuitable concerning major technological risks or irreversible damage to the environment, because capital is not a substitute for non-renewable resources. As for renewable resources, they are simply not capable of replacing fossil fuels.

In reality, we cannot face the ecological crisis without breaking with the global neoliberal order, which is to say with free exchange, overconsumption, productivism, and delocalisation. This would happen by limiting long-distance trade, the re-localisation of the production of energy and goods, the promotion of energy conservation, and thus de-globalisation. It’s not something that can wait until tomorrow.