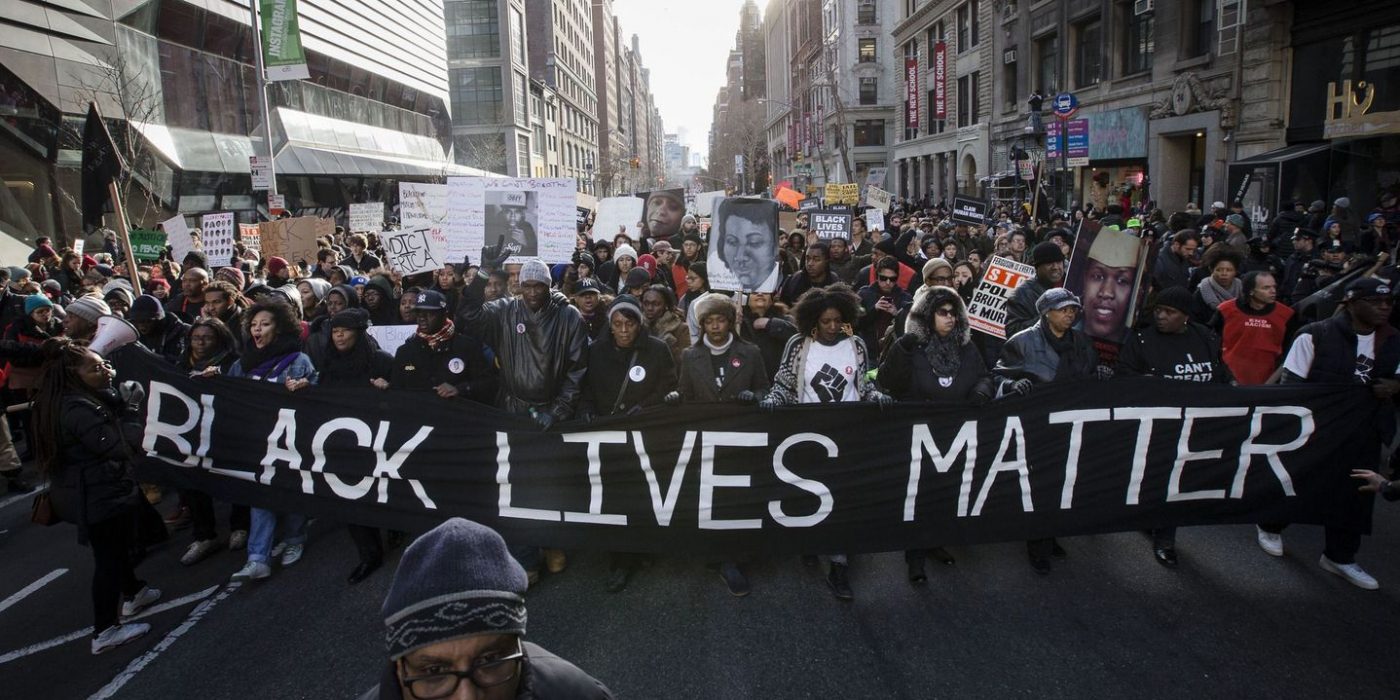 The protest movement #BlackLivesMatter has served as an impromptu Sturmabteilung for the Obama administration, terrorizing local governments into acceding to Leftist diktats. But in the past month, it’s been dealt three blows from which it may not recover.

The protest movement #BlackLivesMatter has served as an impromptu Sturmabteilung for the Obama administration, terrorizing local governments into acceding to Leftist diktats. But in the past month, it’s been dealt three blows from which it may not recover.

The first was when a #BlackLivesMatter agitator was forcibly ejected from a Donald Trump rally after trying to disrupt the event. After repeatedly bending Bernie Sanders over the pinball machine and having their way with him, #BlackLivesMatter assumed that the other presidential contenders would be easy pickings too. But not only did Trump supporters refuse to tolerate this guy’s chicanery, Trump defended them by saying that “maybe he deserved to be roughed up.” Expect Leftist flacks to give the Donald a wide berth from now on.

The second was when #BlackLivesMatter spokeschump Shaun King was given his pink slip. King, a real-life version of the protagonist from Lou Reed’s song “I Wanna Be Black,” was formally ostracized from the movement after revelations that he had been defrauding supporters through his charities. Upon realizing that one of their head honchos was a reverse Michael Jackson with sticky fingers, Black Twitter turned on King with the self-pitying fury of a swindled mark, with even Deray Mckesson – #BlackLivesMatter’s other major spokesfairy – denouncing him.

The third was when Minneapolis City Councilwoman Alondra Cano, a #BlackLivesMatter supporter, doxed constituents who were critical of her involvement in the protests. Cano, a member of the Democratic-Farmer-Labor Party (the Minnesota affiliate of the national Democratic Party), posted the names, addresses, e-mail addresses, and phone numbers of constituents on Twitter, using #BlackLivesMatter hashtags to alert other activists. When she was attacked for putting the people she doxed in danger, Cano claimed that she was “exposing racism” and that state law allowed her to post the info.

While the ghost of #BlackLivesMatter will likely linger into the new year, the Left is clearly losing the battle for public opinion. Support for #BlackLivesMatter has plunged to new lows, with their constant harassment of Christmas shoppers and Manichean mentality further alienating neutrals: for example, Salon has been arguing that saying “all lives matter” is the same as saying “white power.” With Whites increasingly sick of being bullied by the Left, the movement’s future is dim indeed.

#BlackLivesMatter is an evolution of the protest strategy that the Left first debuted with #OccupyWallStreet five years ago. Social media and cultural Marxist indoctrination made it possible to organize protests without the aid of a central figure or group, amounting to what were essentially political flash mobs. #OccupyWallStreet was a leaderless entity with no internal controls, enabling members to rape female protesters, attack police, and vandalize local businesses without anyone to take responsibility. It was the perfect way for the Left to intimidate their enemies.

Unfortunately, emaciated White hipsters make poor stormtroopers. Additionally, #OccupyWallStreet failed to catch fire outside of New York City: the Occupy marches that sprung up everywhere else were the hobbyhorses of various Left-wing agitator groups. For example, I attended the #OccupySyracuse protest when it began; it consisted almost entirely of professional whiners from the Syracuse Peace Council, a local pinko collective. As a result, #OccupyWallStreet collapsed within months of its inception.

#BlackLivesMatter has persisted because it overcame Occupy’s fatal flaw: the spinelessness of its rank and file. Blacks have been fed a steady diet of anti-White propaganda for decades, swelling their entitlement mentalities to the size of Uranus; underclass Blacks have even been targeting Whites in race-based gang attacks known as the “Knockout Game.” Add in the average person’s unwillingness to criticize Blacks in any way – lest they be branded with the scarlet letter “R” – and Obama’s personal Red Guard was born.

If anyone doubts that #BlackLivesMatter represents a threat to public safety, I’ve been on the receiving end of the group’s anger. Last month, Chicago erupted in protest over the release of a video showing a cop shooting Laquan McDonald, a thug who had been high on PCP and was slashing tires with a knife. I wanted to see what #BlackLivesMatter was like for myself, so I attended one of the protests the night before Thanksgiving. Unfortunately, I wasn’t able to record much due to the death of my phone’s battery, but you can see my coverage of the march here.

Before the march started, we were briefed by a portly Black woman who explicitly told us not to “police” anyone’s anger or behavior because it wasn’t “appropriate” to tell others how they should feel. We began walking a half-hour late, marching north through the Loop (downtown Chicago) and into Millennium Park, where protesters began destroying a Christmas tree and knocking over police barricades. All the while, we chanted every hackneyed protest slogan in the book: “WHO SHUT SHIT DOWN? WE SHUT SHIT DOWN!” “HEY HO, HEY HO, WHITE SUPREMACY HAS GOT TO GO!” “NO JUSTICE, NO PEACE, NO RACIST POLICE!”

About 45 minutes in, as we were crossing the Chicago River, some mask-wearing antifas began pointing at me and yelling, “Look at that guy! He might be a cop!” I was understandably spooked and contemplated ejecting right there, but decided against it. Instead, I moved towards the edges of the march, where the cops and news crews were, figuring that the antifas would be reluctant to attack me in full sight of either.

As we filtered into River North, the police started catching up the marchers and trying to control their movement by blocking off streets. To keep them from hemming us in, whenever we reached an intersection, we’d form a circle and lock arms to block off traffic. Around the fifth or sixth time we did this, a pair of tweedy hipsters I was holding hands with decided to make small talk.

“Hey man, are you an undercover cop?” Tweedledee asked me.

“Nah, I’m just a little shy,” I deflected. “This is my first time going to one of these things…”

“Eh, don’t worry, we’re just fucking with you,” Tweedledee reassured me with a goofy smile.

These guys weren’t a threat – my neck was thicker than their biceps – but the fact that more people were accusing me of being a cop was unnerving. Keep in mind that I was explicitly trying to fit in by chanting the chants and locking arms whenever we formed a circle, but I was still being singled out by the other protesters.

The last straw came about twenty minutes later. We were marching east towards Lake Michigan, the police having successfully cordoned us off from going further north, when a gang of Black Panther-types carrying a Black Liberation flag started pointing at me and yelling.

This set off a chorus of jeers from everyone else within earshot.

“You forgot your badge!”

The Black Panthers were deliberately trying to rile up the other protesters and get them to swarm me. Given the psychotic anti-cop mood of the marchers and the fact that there was no one to rein in the rowdier members, I could easily have been attacked or killed had I stuck around. By this point, protesters were actively trying to destroy trees with Christmas lights on them, pounding on the windows of local bars, and getting up in cops’ faces, trying to provoke them into attacking.

Fortunately, the police cordons were starting to break up, so I slipped down a side street, making sure none of the #BlackLivesMatter people were tailing me. I made my way to a subway station a few blocks away and headed home in a panic.

In addition to that protest, Right On co-editor Ann Sterzinger and I also reported on #BlackLivesMatter’s Black Friday march, and I also covered a march on the South Side the day after that. The Chicago antifas were so upset by my #BlackLivesMatter coverage that they later targeted me for a harassment campaign and got me unjustly banned from Twitter.

By harassing ordinary citizens and creating anarchy, #BlackLivesMatter is trying to purge local governments that are insufficiently Leftist and force police to turn a blind eye to Black misbehavior. They’ve pulled it off in Ferguson, they pulled it off in Baltimore, and now they’re trying it in Minneapolis and Chicago. Given that virtually all of #BlackLivesMatters’ chosen martyrs were open criminals – Michael Brown, Freddie Gray, and Jamar Clark being prominent examples – virtually every American city will become Detroit if they get their way.

Unfortunately, despite the Leftist media’s water-carrying, Americans of all races are getting fed up with #BlackLivesMatter. We first saw this in 2014, when the Republicans swept the midterm elections; Asians in particular broke for the GOP 50-49, probably after seeing the media shill for a Black thug who physically assaulted the Indian owner of a convenience store. Donald Trump’s law and order message is resonating with voters in the same way that Richard Nixon’s did in 1968 (the last time America was wracked with racialized, Leftist violence).

Keep your powder dry, folks, because we’ve been cursed to live in really interesting times. 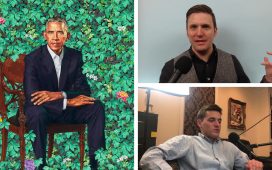