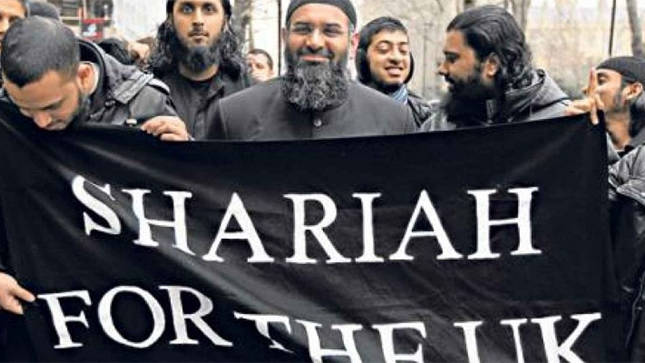 Getting it Right on Islam – Part I

A Response to Trump. How can liberal Leftists defend this religion? Well, at best they do so by arguing that Islam can be reformed – despite the clear evidence to the contrary.

On December 7 2015, the leading Republican U.S. presidential candidate unleashed a firestorm of controversy by publishing this statement: “Donald J. Trump is calling for a total and complete shutdown of Muslims entering the United States until our country’s representatives can figure out what is going on.” After citing some appalling PEW poll numbers of how many Muslims support jihad against the United States, Trump went on to add that “it is obvious to anybody the hatred is beyond comprehension.” Unfortunately, as a teacher of comparative religion, I can tell you that the hatred towards our civilization on the part of Muslim masses is not at all “beyond comprehension” and I “figure[d] out what is going on” a long time ago. But as easy as it is to grasp, the truth is not likely to be processed by “our country’s representatives” because in order to face it they would have to grow the backbone for a world war with Islam.

There is no “moderate Islam”, only the heresy of so-called “moderate Muslims”, and an Islamic equivalent of the Judeo-Christian Reformation is doctrinally impossible. You need to read the Koran – and don’t let anyone tell you that reading Arabic is a prerequisite. Just pick up a standard scholarly translation, like the one published by Penguin Classics. As the text itself states, “It is He who has revealed to you the Book. Some of its verses are precise in meaning – they are the foundation of the Book – and others are ambiguous. Those whose hearts are infected with disbelief follow the ambiguous part, so as to create dissension by seeking to explain it. But no one knows its meaning except God. Those who are well-grounded in knowledge say: ‘We believe in it; it is all from our Lord.’” (3:6–7) All of the legal and political doctrines of the Koran are among its “clear verses.” If Plato and Confucius can be comprehensibly translated into English so can they, and there is no ambiguity about them whatsoever.

Moreover, among these clear verses are ones that declare that the Koran’s injunctions are perfect, eternally valid, and are to be followed without any alteration. Islam’s incompatibility with a legal order based on popular will is made clear in verses 6:114-116, which depict the Koran as a complete guide to life, including perfect legal “justice,” that should be followed over the opinions of the majority of people in the world: “Should I seek a judge other than God when it is he who has revealed the Book for you with all its precepts? Those to whom we gave the scriptures know that it is the truth revealed by your Lord. Therefore have no doubts. Perfected are the words of your Lord in truth and justice. None can change his words. If you obeyed the greater part of those on earth, they would lead you away from God’s path.” Verses 43:2 and 85:21-22 both clearly state that the Koran is a literal transcript of an “eternal book” inscribed on an “imperishable tablet” in God’s keeping: “We have revealed the Koran in the Arabic tongue that you may understand its meaning. It is a transcript of the eternal book in Our keeping, sublime, full of wisdom” (43:2); “Surely this is a glorious Koran, inscribed on an imperishable tablet (85:21-22).”

If one has any remaining doubt as to the intended “eternal” validity of the verses of this book inscribed on an “imperishable” heavenly tablet and merely translated for Muhammad, verses 86:12-14 aim to leave us with no doubt whatsoever: “By the sky that thunders, by the earth that splits, this [Koran] is a word once and for all, not meant lightly.” Verse 2:85 insists that the Koran must be followed in the entirety of its injunctions, which means that whether or not one has a more profound mystical inner faith one is still bound by its legal precepts: “Can you believe in one part of the Scriptures and deny another? Those of you that act thus shall be rewarded with disgrace in this world and with grievous punishment on the Day of Resurrection.” It is echoed by verses 2:174-177: “Those that suppress any part of the Scriptures which God has revealed in order to gain some paltry end shall swallow nothing but fire into their bellies…That is because God has revealed the Book with the truth; those that disagree about it are in extreme schism.” The very first line and opening verse of the Koran, prefacing its contents, explicitly declares: “This book is not to be doubted.” (2:1)

As Verse 6:36 attests, the legal authority of this indubitable book is comprehensive: “We have left out nothing in the Book.” Muhammad’s last revelation in verse 5:3: “This day I have perfected your religion for you and completed My favor to you,” means that Islam, as defined by the content of the Koran, was perfected at that time in such a way that any historical evolution is precluded. The Koran also disallows the possibility that falsehoods could enter into its text over time (such that its authority might be questioned on the grounds of “historical corruption”): “This is a mighty scripture. Falsehood cannot reach (enter) it from before (the past) or from behind (the future).” (41:42) This is reiterated by the claim that: “You shall find no change in the ways of God.” (33:62)

The Koran contains some 500 legal verses, with the length of these legal verses being, on average, two or three times that of non-legal verses. Here are just a few of the tenants of the Islamic State or Caliphate that are firmly rooted in the Koran. 2:194 establishes the law of talion – eye for an eye, commensurate justice. 5:38 establishes amputation (cutting off hands) as the Islamic punishment for theft. 4:34 permits men to beat those of their wives from whom they fear disobedience. 33:50 states that men are allowed many slave girls captured in battle (in addition to his four proper wives), but a woman who sleeps with any other man than her husband is put under house-arrest until death (4:15). In 2:223 we see that a woman does not have a right to refuse a man sex when he wants it, which highlights the fact that a woman’s sexuality belongs to her husband. Women can only inherit half of the property that men do (4:11), and in court the testimony of any woman is worth half that of a man, because she is supposedly feebleminded (2:82). The Koran not only constitutes a political state, it establishes a basic economic policy. In 16:71,75 Allah forbids raising a slave, who is legitimately one’s property, up to the level of one’s social or economic equal; He affirms slave holding and favors maintaining the economic inequality of rich and poor, against the background of which charity or alms-giving is considered edifying for the well-born.

How can liberal Leftists defend this religion? Well, at best they do so by arguing that Islam can be reformed – despite the clear evidence to the contrary that I have presented above. While the aforementioned passages on the Koran’s completeness and unalterable character are really all that is necessary to demonstrate that Islam is the very epitome of totalitarianism, I will take up the question of “Islamic Reformation” from a cultural and historical standpoint in the forthcoming, second part of this essay.

Keep reading: Getting it Right on Islam – Part II

TopicsimmigrationIslamKoranQur'an
Share on FacebookShare on TwitterShare on RedditShare on VKontakte