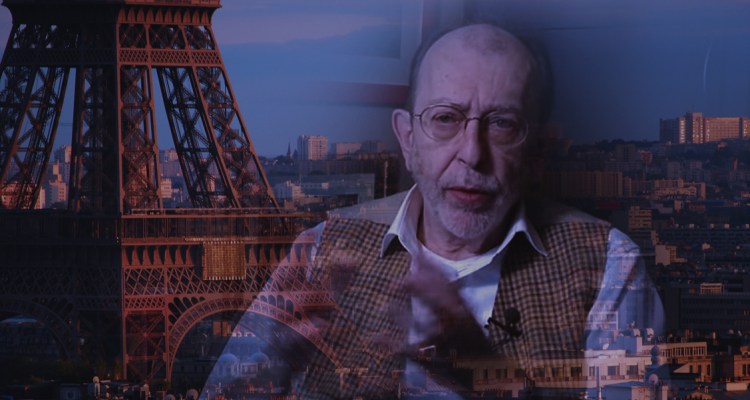 Peace is a Fragile and Unnatural Thing

The reactions of the French people to the attacks in Paris are not those of people who understand what war is.

This interview with Alain de Benoist was posted in French on 18 November 2015, on the Boulevard Voltaire Website. Nicolas Gauthier was the interviewer. It was translated by Eugene Montsalvat.

‘This time, it’s war’ was the headline of Le Parisien on the day following the attacks of 13 November. ‘We are at war’, Manuel Valls also declared. Is that your opinion?

Certainly. But why say it if it’s self-evident? The real issue is: we are at war, but many French people don’t understand it. The attacks of 13 November differ from those of last January in that they did not target anyone in particular, but everyone indiscriminately. The French responded in conventional terms that principally belong on the scale of the humanitarian (‘sadness, horror’), tearful (‘keep the victims in your thoughts’), and maternal (‘deliver us from evil’) registers. They observe minutes of silence and light candles as they would do on the occasion of a killing perpetrated by a madman in a school, in an aerial catastrophe, or a deadly earthquake. They proclaim they are ‘not even afraid’, while scampering like rabbits at every false alarm. Fear, insecurity, psychosis. Ultimately, the attacks boiled down to an unleashing of incomprehensible violence whose perpetrators ‘are those who love death’ and whose victims ‘are those who love life’. This vocabulary, this attitude, and these reactions are not those of people who have understood what war is. The attacks struck men and women who did not have the feeling of being at war or of living in one.

It goes as far as the term ‘kamikazes’ that we see used everywhere, but that is totally inappropriate. The kamikaze (‘divine wind’) pilots were Japanese soldiers who sacrificed their lives by striking military objectives, not fanatics who blew themselves up to kill civilians.

How does one explain this lack of comprehension?

Firstly, because this war is of a particular type, it thus combines conventional war on the ground with terrorism, and our enemies recruit from among us. Thus we have never truly explained to the French people why we have chosen to engage in it. Should we join the side of the Americans in a conflict that, at present, opposes the Sunnis to the Shi’ites? And why do we stubbornly refuse all cooperation with Syria and Iran, who combat Daesh (ISIS-Ed.) with arms in hand, all while continuing to court the oil dictatorships of the Gulf, who directly or indirectly support the jihadists? Such a lack of clarity does not favour understanding.

However, the real reason lies elsewhere. Apart from the wars linked to decolonisation (Indochina, Algeria), France has been at peace for 70 years. That means not only that the young generations have never known war, but – in a case that is unique in history – their parents have never known it, either. In the collective imagination of the majority of Europeans, war is finished. Or more precisely, it’s finished for us.

Despite the events that ravaged Yugoslavia and what is happening today in Ukraine, they have the feeling that war has become impossible in Europe. They imagine that the European construction created a state of peace that could only endure (in reality, it’s the opposite: Europe has not prevented war, rather it’s the end of war that permitted the creation of Europe). Certainly, they know that the French army pursues ‘operations’ in certain countries, like Mali, but all that appears to them as something that does not concern them, especially as the theatres of operation are far away.
This is also the reason why we speak of ‘apocalyptic scenes’ to describe the attacks that have left 130 dead. What word would they use to describe the periods of the First World War in which the fighting left more than 20,000 dead every day? It remains for them to learn that peace is a fragile thing, and that it will never be the natural state of a society. Including Europe.

The old dream of ‘making war disappear’ retains its appeal, even if there have never been so many wars across the world since war was officially abolished!

Above all this is happening in the spirit of those pacifists who want to ‘make war on war’, without even perceiving the contradictory character of this slogan. But pacifism is not peace; it is even the opposite. When in 1795, Immanuel Kant published his Perpetual Peace: A Philosophical Sketch, it was written in the wake of an essay by (Charles-Irénée Castel-Ed.) the abbé of Saint-Pierre (‘The Project to Create Perpetual Peace in Europe’, 1712-1713). Kant contented himself by making ‘perpetual peace’ a requirement of practical reason: ‘Moral reason enunciates to us its irrevocable veto: it should never have war.’ We see that it implies a pious vow, because if it were possible to realise in practice what can only be revealed in the domain of pure reason, the distinction between empiricism and metaphysics no longer has a reason to exist. The Kantian project postulated the sovereignty of metaphysics and morals over reality, and the affirmation of the sovereignty of metaphysics over practice.

Peace cannot be conceived without war, and the opposite is equally true. War always remains a possibility because we can never make its causes disappear, since we cannot know all of the virtually manifold antagonisms and aspirations, or the values, interests, and projects of everyone. The abolition of the nation-state would change nothing in this regard: within the ‘global state’, foreign wars would merely be replaced by civil wars. We do not make an enemy disappear by declaring ourselves ‘for peace’, but by showing ourselves to be stronger than him.