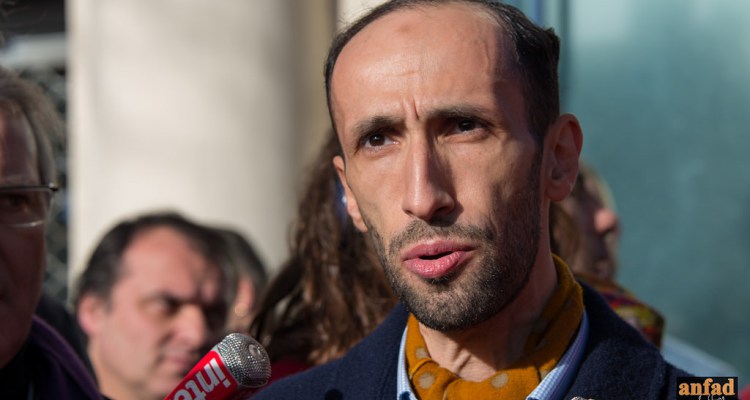 The obvious social pathologies that immigration engenders make us forget everything else, beginning with the fact that numerous recent Muslim immigrants still make reference to the traditional values that we ourselves honoured in the past, but that modernity has caused to disappear from amongst us. Far from promoting ‘living together’, immigration generalises hate – a hate that grows from all sides.

This interview with Alain de Benoist was posted in French on 4 November 2015, on the Boulevard Voltaire Website. Nicolas Gauthier was the interviewer. It was translated by Eugene Montsalvat.

For a long time you have followed the activities of Fils de France, the association of Muslim patriots founded by Camel Bechikh. What judgment do you make concerning his action?

Camel Beckikh is a friend whose courage I admire as much as his modesty. He founded the association Fils de France in order to rally the ‘Muslim patriots’ of whom you spoke. He proclaims his ‘love for eternal France’ with accents of patriotism that would be hard to find among many ‘native-born’ French. He supports stopping immigration. He has just launched a petition for the President of the Republic to denounce the ‘tragic and barbarous persecutions of Christians and other religious minorities perpetrated by Daesh (Daesh is the name commonly used in France and by Arabs to refer to ISIS, as the word resembles the Arabic words daes, or ‘one who crushes something underfoot’, as well as dahes, ‘one who sows discord’—Ed.) in Syria or in Iraq’ and called to ‘utilise any means to rid the world of these murderers.’ All his actions boil down to this question: ‘How to endear France to French Muslims?’ The least thing to do would be to encourage him.

In place of that, the imbecile Islamophobe commentators who are rampant even here prefer to spit in his face by accusing him of taqiyya (in Islam, taqiyya is the act of disavowing one’s faith, concealing one’s faith, or of violating Islamic law in situations where one’s life or one’s religious community is believed to be at risk—Ed.). As they are, for the most part, uncultivated, of course they ignore the very strict theological framework in which the practice of taqiyya (or of kirman) fits. Such commentaries give me nausea. They remind me of the fate of those unfortunate harkis (from the Arabic, haraka, or ‘war party’, which was the term used to designate those who fought alongside the French during the Algerian War—Ed.) who, after having pushed this taqiyya as far as fighting on the side of the French army, had only the thanks, when they could escape the killers of the FLN, of seeing themselves herded like dogs into camps.

After waves of post-war immigration, we have known an ‘Islam in France’, then an ‘Islam of France’. Do you think that we can succeed in seeing a ‘French Islam’, such as that advocated by Imam Tareq Oubrou, rector of the mosque of Bordeaux?

I do not exclude it, but we must be realists: it will take time. We should already be subduing the passions that are devouring us more each day, and to which everyone is subjected. I recommend, in this regard, the last book of Pierre Manent, Situation de la France, of which I will be less critical than Camel Bechikh is. A disciple of Charles Péguy, Manent is disturbed by a ‘new secularism’ in which he sees the ‘dream of an education without content that effectively prepares children to become members of a formless society where religions would dissolve like everything else’. Before all else, I feel myself to be the heir of a European culture whose earliest roots predate monotheism. What interests me in relation to my Christian, Muslim, or Jewish compatriots is not what they are, nor where they come from, but what they think; what values they refer to and what they decide to do. As Oswald Spengler said it, what forms a people is not a common origin, but the idea that its different components are capable of defending themselves together. This obviously poses the question of whether we can realise a common project of mobilisation capable of arousing the will in each one to associate in such an endeavour. But this can only occur on the condition that we make a new departure and that we can write a new page in history that will be to the honour of our country.

When French Muslims declare that they don’t like France, certain people say that this is nothing surprising. But when others claim their love for France, others (unless they are the same) assure us that they are liars… How do we get out of this infernal circle?

The conclusion at which I arrived a long time ago is that immigration creates madness. The obvious social pathologies that it engenders make us forget everything else, beginning with the fact that numerous recent Muslim immigrants still make reference to the traditional values that we ourselves honoured in the past, but that modernity has caused to disappear from amongst us. Beyond the morality that we can rightly challenge (although have we forgotten that little more than a century ago, a woman could only bathe on the beaches of France dressed from her neck to her ankles, and that even after the Second World War, ‘crimes of honour’ were still common in many Southern European countries, where they systematically benefited from the indulgence of the courts?), these values include respect for authority, a sense of honour, a taste for gratitude, and the importance of the head of the family. Such values contradict, from a right angle, those that reign today in the West: performance, competitiveness, obsession with consumption, axiomatic self-interest, and the logic of merchandise and profit. This shock of values is certainly only an aspect of the problem, but we would be at fault to neglect it. That is what explains, for example, why so many French Muslims are repulsed by gender theory and ‘marriage for all’, to say nothing of the unkempt hysterics of the Femen…

I often go to Arab and Muslim countries. I was in Jordan for a bit. There I found a spontaneous gentility, a sense of hospitality, and was given what we ourselves knew in the past, but have for the most part forgotten. Immigration causes those who contest it to project their justified criticisms against the countries of origin of the immigrants, of which they are completely ignorant. The adversaries of immigration share this quality with those immigrants who don’t want to integrate (‘then they should assimilate’), with those who cannot (‘they are unassimilable’), and those who should not (‘the worst would be that they feel French in their bones’). These three positions are self-evidently contradictory. Far from promoting ‘living together’, immigration generalises hate – a hate that grows from all sides. A disaster. Pierre Nora was not wrong to say: ‘French identity would be just as miserable even if there was not a single immigrant.’