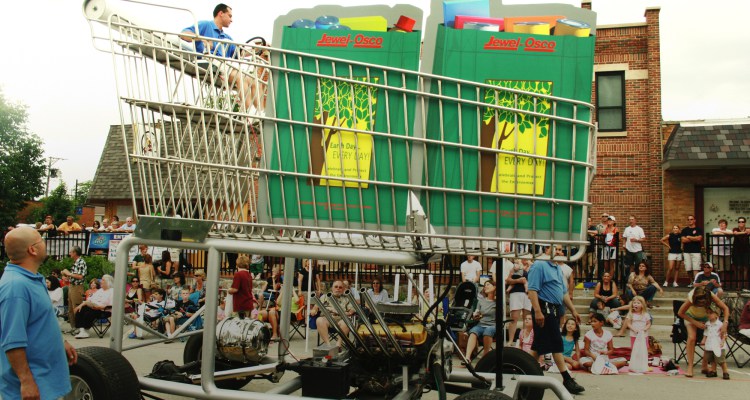 Confronting the Capitalist System from the Right

Capitalism knows no other pluralism than the multitude of products, which is only an appearance of diversity.

All traditional societies have held economic and market values (characteristic of the ‘third function’ in the Dumézilian sense of the term) as inferior or subordinate values for the reason that the economy above all should not become autonomous in relation to the social sphere, to global society. The economic was ‘built in’ (‘embedded,’ as Karl Polanyi said) into the social, and the social obviously was not reduced to the economic. It is with the bourgeoisie, as a class bearing values that were characteristic of it, that the ‘merit’ lies of having established the economic sphere, at the same time that it asserted itself and precisely in order to assert itself, first as an autonomous and then as the dominant sphere. From this point of view, all European history can be read as a history of the rise of the bourgeoisie, in favour of whom the ideas that they bore were progressively established: individualism (against the significance of social relations), the cult of efficiency and utility (against the ethic of honour), and the normalisation of interest (against charity and gifting).

The bourgeoisie has historically driven itself like a wedge into the social structure, rejecting by the same stroke aristocratic values (which it forced itself at the same time to ape without understanding their basis, that is, honour and disinterestedness) and working class values (at the top of which was the ‘common decency’ evoked by George Orwell and of which we shall speak again). The rise of the bourgeoisie has put an end to everything that could remain of common goods in daily life, that is to say, of goods which were not yet subjected to individual appropriation, of spaces of life which could be the object of a common enjoyment. In England, for example, the ‘enclosure’ movement converted open fields and common pasture lands into separate territories possessed individually by some people, which contributed to the encouragement of rivalries in the rural world and thus the social disintegration of communities. At the same time, the bourgeoisie set about monetising everything that had avoided being evaluated in this way in the past.

Liberalism is closed to all social perspective to the extent that, faithful to its intrinsic reductionism, it can analyse society only from the standpoint of the individual and understands it only as a sum of individuals and individual utilities. The notion of a common good, that is to say, a good whose enjoyment is situated prior to all possibility of sharing, is meaningless in its eyes. ‘There is no such thing as society’, said Margaret Thatcher! All that liberalism recognises is a diversity of egoistic and selfish aspirations whose free movement, it maintains, paradoxically ends — through the exercise of the ‘invisible hand’ — in the general harmony and ‘happiness’ of all and, at the same time, that this cannot be reconciled to a collective adherence to a shared idea of the good life. From the liberal point of view, there are only individual values, no collective values, and no collective project that can be legitimately structured on them. Liberalism never sees the collective character of individual difficulties and miseries, which it always tends to attribute to chance circumstances or individual psychology. As for politics, it is understood, from this perspective, only in the form of a procedural neutrality reduced to mere technical expertise and to ‘rational’ management administration, a process of neutralisation which is equivalent to ignoring and eliminating the very essence of politics. That is to say, that a good political decision always comes down to deciding among several possibilities in the name of values which are incarnated in the people.

It is in reaction to this development that the magazine Rébellion has been forcefully proclaiming the necessity of a ‘revolutionary socialist rupture’ for some years. Faithful to the spirit of the immortal Commune of 1871, its young team claims to follow the original form of socialism, which was directly opposed to the world of capital. In my opinion, nothing could be better. In each issue of Rébellion a brief programmatic statement appears (‘Our Positions’) which I wholeheartedly subscribe to — excepting, perhaps, the reference to ‘National Bolshevism’, which seems to me to refer to a notion not only linked to obsolete historical circumstances but also contradictory in relation to the rest of the text (one cannot at the same time reject ‘centralising nationalism’ and claim to represent a ‘state of a federalist type’ while adhering to a National Bolshevism whose revolutionary spirit was based on an exacerbated Jacobin centralism). But it seems clear to me that Rébellion is also situated in the tradition of innumerable popular uprisings and peasant revolts, from the Peasants’ War to that of the Demoiselles, of the English Levellers and Diggers, of the Lyonnais Canuts, but also of the Vendée rebels and the Chouans, whose revolt against the ‘infernal columns’ of the bourgeois revolution of 1789 was very far from being reducible to a ‘royalist and clerical’ reaction. Rebellion, rupture, socialism, revolution: in a few words, everything has been said.

The irrationalism which is inherent in the capitalist system, as Claude Guillon notes, ‘may be read in its inability to take into consideration whole sections of reality, such as the finitude of available geographical space, the exhaustible and degradable character of natural resources, the fragility of the ecosystem, etc.’. But the capitalist system is also completely incapable of assessing the unrealism of its theory of value, its theory of competition, its belief in the ‘invisible hand’ which is supposed to be at work in self-regulatory and self-regulating markets, and its analysis of the ‘irrationality’ of politics and power. Capitalism, finally, nourishes a lack of culture, which it replaces with specialised technological knowledge — for the sole reason that it needs it. Only a ruling idea reduced to the slogans of the spectacle of the market allows the market to expand throughout the world. Only a symbolic imagination reduced to the narcissism of competing interests can justify the absolute rule of merchandise and allow the transformation of every individual into a merchant.

The engine of capitalism is not the production of goods and services, as is too often said, but the profit that this production allows, a profit that is maximised through the exploitation of work and the labour force. The notion of profit is based on itself: on the abstraction of exchange value, of which money is the support, whether material or (increasingly more often) immaterial. All modern egalitarianism is basically built on the monetary model, which is also by definition the sphere of profitability. One man and another man, one dollar and another dollar: the same. Whereas each of these is unique and irreplaceable, men are perceived as interchangeable in the way that money is defined as the universal equivalent, and as that which permits the reduction of everything to the equivalence of commodification and calculability, once its qualities are removed and reduced to quantities.

Capitalism knows no other pluralism than the multitude of products, which is only an appearance of diversity. It aspires to a vast, homogeneous market where men would all aspire to the same possessions, and where the specificities of culture and mentality would never hinder the system of capital. It aspires to remodel minds through the sole desire to have, and through an obsession with merchandise. It considers as superfluous, transitory, or non-existent everything that cannot be reduced to numbers. In this way it causes all those areas which had formerly escaped commodification to be subjected to it, bit by bit. In this way it shows itself to be the producer of a one-dimensional man, a man with no internal or imaginary life other than that of merchandise, of a man without characteristics, with a mechanical body, and a formatted, conditioned mind aspiring to ‘happiness’ through having, and no longer experiencing any other passion than the burning desire to maximise his own interests. This is the ‘last man’ of whom Nietzsche spoke.

The above is excerpted from the Afterword to On the Brink of the Abyss: The Imminent Bankruptcy of the Financial System by Alain de Benoist, which was recently published by Arktos.