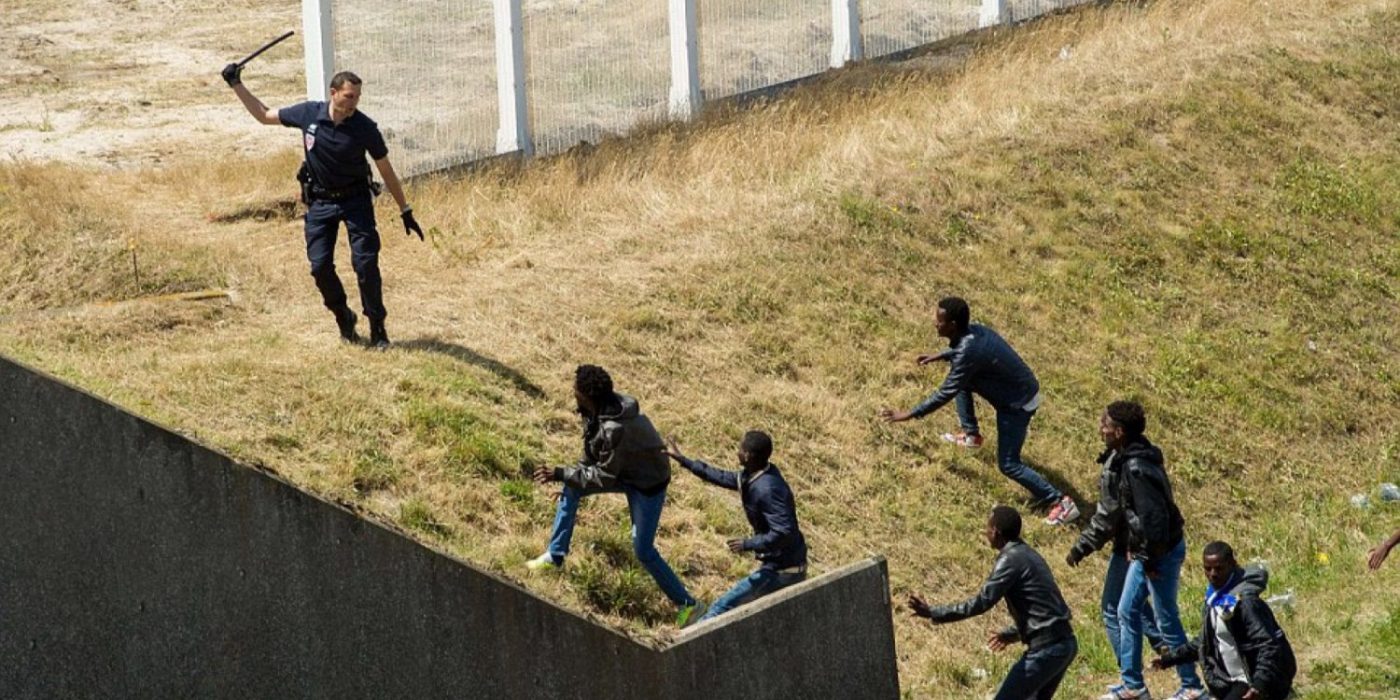 4 Ways to Stop the Invasion: Advice to Anti-Colonialists

It is your duty as a European to make sure the present, anti-European colonisation of this continent is not allowed to continue without facing massive popular resistance.

Europe is being colonised. This is news to no one, and has been going on for decades. Before giving a few practical suggestions regarding solutions to this problem, let’s examine the reasons how this could happen.

There are mainly these following three interrelated factors:

1) The conscious, at best naive, at worst malicious, campaigns of Western elites to increase economic migration from Africa and the Middle East. The elites of my native Sweden, unfortunately, constitute the worst instance of this, being the leaders of the most self-hating, far-Leftist nation in the world. One example: Sweden sends its already decimated Coast Guard – whose actual purpose is to guard the Swedish borders – to the Mediterranean to assist illegal immigrants from Africa and the Middle East in safely reaching European shores. In most cases, the journey goes on to Sweden and Germany, the nations offering the greatest economic benefits, and hence having the greatest ‘pull factor’.

2) The post-war foreign policy of the United States – especially during the last few decades – has been marked by military interventions in the Middle East and Africa. The strategy is central to neoconservative geopolitics, in which realpolitik aimed at strengthening American influence in the region and control over its natural resources merge with Leftist fantasies of universal, one-size-fits-all democracy. Repeated bloodbaths follow automatically, since cynicism and starry-eyed ‘idealism’ combined is the worst imaginable recipe for a policy meant to be applied in these chaotic, often impoverished and conflict-ridden, regions. The price for this stupidity is paid first by the afflicted regions, and then by Europe. Entire ethnic groups are now migrating into our nations. At best they remain unassimilable and constitute enormous economic burdens; at worst they are or will become terrorists and criminals. Oftentimes these tendencies reinforce each other and interact in a manner which our incompetent governments are completely unable to even begin to counter.

3) An outright spirit of colonisation spread in mosques all over the Muslim world. The sermons of imams teach young Muslim men that they have a holy duty to ‘spread the religion of peace’ to unclean Europe through mass colonisation. It is no coincidence that the vast majority of the participants in the present stream of migrants are young men in the prime of their lives, rather than women and children. The latter would make sense if this was purely a matter of refugees seeking shelter. The former, and actual, demographic make-up is far more reminiscent of an invasion army. This holds for not only the age and sex of the ‘migrants’, but for their attitude as well. The calls to colonise Europe are a clear ‘push factor’. When push and pull factors interact in this fashion, the result can be overwhelming, as the present record migration wave to Europe illustrates.

What can be done?

As a European, it is not certain that you view mass immigration and the accompanying Islamisation of our continent as something altogether positive. It may even be the case that you perceive these developments as problematic – perhaps even threatening and unpleasant, since they promise to exterminate our culture and traditions and slowly displace us. To be perfectly frank, I would say that no mentally competent human being could view any of this as unproblematic, or even acceptable in any way.

Some of you can probably feel your blood boil with anger when faced with this development, despite the enthusiastic work being done by the Left to deconstruct and feminise European men.To this group of men, that still possess common sense and intact testosterone levels, it is natural to feel that they would like – that it is even their duty – to do something about the situation: to rise up in defence of our culture, our civilisation, and our way of life. Hopefully, if you are reading this, you belong to this select group of men.

When tidal waves of colonists freely walk across our borders at unimaginable rates, the time has come to act. The question is: what can be done? What follows are some points of advice, steps that can be taken by anyone to improve the position of our ravaged continent:

1) Participate in protecting the borders against illegals. Organise groups of peers and surveil spots where illegal aliens are likely to be attempting to cross the border. Insofar as national laws allow, detain anyone who crosses and contact the police.

2) Defend your community. Organise protests whenever the government tries to turn historic sites, hostels, hotels, private summer homes, and homes for the elderly into accommodations for asylum-seekers. Organise protests, appeal the building permits, collect signatures, and turn them over to the officials concerned, and actively lobby your local political representatives. Mobilise a massive resistance against the destruction of your community and the displacement of its inhabitants. Do not give an inch, and never accept your local community turning into a multicultural chaos. This is about the future of your children and grandchildren.

3) Report government agencies which discriminate against ethnic Europeans. When any European government offers benefits to foreigners or immigrants which are not similarly available to their native populations, it is a clear case of ethnic discrimination. ‘Affirmative action’ is unacceptable, and should be abolished anywhere it rears its ugly head.

4) Organise yourself politically. Support movements opposing the present trends. Contribute whatever and however you can. If you vote, make sure the party you vote for has a clear and honest intention to stop the colonisation of our continent. Make your voice heard – online, in the establishment media, and in the alternative media. Speak clearly and honestly, without crudeness or brutality, but also without falling into the hypocritical and stupid discourse of political correctness, which has played such an important role in placing us in this horrible situation.

It is your duty as a European to make sure the present, anti-European colonisation of this continent is not allowed to continue without facing massive popular resistance. Voting for your local Right-wing populist party in every election is an acceptable beginning, but far from enough. When the ethnomasochist, emasculated rabble of the Left, together with the power elites of Europe, communicate the message ‘Refugees Welcome’, make sure to drown out their noise with the far more rational message: ‘Colonists NOT welcome’. Let this message echo across Europe until Sweden, Germany, and all other European nations cease to be the destinations of choice for economic migrants and Islamist colonists.

Until a serious, humane program of repatriation has been put in place, nothing is more important than stemming the tide of Third World immigration and the ongoing Islamisation of our societies.

TopicsactivismcolonisationDaniel FribergEuropeimmigrationIslamListsreconquista
Share on FacebookShare on TwitterShare on RedditShare on VKontakte