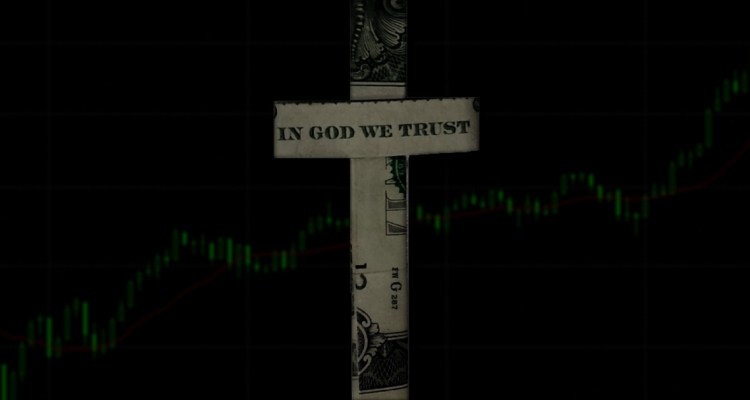 On the Rule of Money

This interview was first posted in French on the Boulevard Voltaire Website on 13 September 2015. Nicolas Gauthier was the interviewer. It was translated by Ann Sterzinger.

NICOLAS GAUTHIER: Chinese tradition tells us that money makes a good servant but a poor master. Doesn’t it depend on how you use it? And anyway, doesn’t everyone need it?

ALAIN DE BENOIST: We also need toilet paper every day, but we don’t consider it sacred! People who fancy that money is ‘neutral’ are the same people who think language is nothing but a system of communication (when its main function is to instil a conception of the world) and that technology is good or bad depending on how we use it (when in reality, no matter what use you put it to, it makes you relate to the world on its terms).

Stripped to its essence, money can be defined as the universal equivalent. It’s what allows us to reduce everything to a quantity, that is to say a price. It shows the way that everything can be thought of as being similar to everything else. On the other hand, money is a social mediation, in which individual liberty is identified with the objectification of the relationships of exchange (which is to say, the individual projects himself onto his monetary benefits), as Georg Simmel effectively showed in his Philosophy of Money. Currency itself is never just a currency. The euro, for example, is also a subtle form of governance; by liquidating the gains that labour has made over the last century, it helps to render the workers as nothing more than a commodity.

People have been thundering against money throughout European history, from Aristotle’s critique of chrematistics—that is, the accumulation of money for its own sake—to Pope Francis, who, in The Joy of the Gospel (2013), denounced the ‘money-fetish’ and the ‘dictatorship of the faceless economy’. Didn’t Thomas Aquinas write that ‘business, when you look at it, is a bit shameful’ (Summa Theologica)?

NG: But the ‘reign of money’—what does that mean, exactly?

AdB: The reign of money is the transformation of each thing into its monetary equivalent, in other words its price. It’s also the substitution of commercial riches for the raw riches offered by nature. Finally, it’s the institution of a world where all practical ends are considered interchangeable, a world that detaches itself from ends to concentrate on rationalising the means. All of this goes on in the name of the ‘laws of the market’.

The market, in the modern sense of the term, obviously has nothing to do with the old village markets. It describes a system that’s assumed to be self-regulating and self-enclosed, but which is in reality embedded in history, and has made itself the paradigm of all human activities, public and private: there’s a marriage market, a political market, a health market, and so on.

The founders of economic liberalism (Adam Smith, Quesnay, Mandeville, etc.) all assure us that the market is our natural form of exchange, since man is fundamentally a homo œconomicus, always naturally inclined to seek his own utility (his optimal material interests); in other words, an autonomous, rational agent whose every act obeys the logic of the market. Thus social virtue is discredited, and private vices are supposed to support the general good (this is the idea of ‘the natural harmony of selfishness’ under the effects of the ‘invisible hand’ of ‘free and fair competition’, the new avatar of Providence). Nothing must be allowed to obstruct the quest for profit. Economic activity justifies excess and becomes our very reason to live.

With this as a springboard, it’s not hard to understand how capitalism has penetrated every aspect of our lives and subjugated them all to the rule of ‘always more’: making merchandise seem infinite makes our desires infinite, and instantly turns them into needs. Money serves to produce goods which produce even more money. Exchange value is more important than the value we get from using anything, and the ‘law of the market’ imposes itself everywhere: there’s a market for athletes, a market for contemporary art, a real estate market, a labour market, a market for internal organs, for stem cells, for embryos, for surrogate mothers, and so on. And the peasants, who’ve in turn become farmers—then been turned into ‘agricultural producers’—weren’t the last to fall victim to this law of profit that leaves them with nothing but the liberty to keel over.

NG: Capitalism used to be mostly industrial; hasn’t it today become fundamentally financial? Is that why we are, to paraphrase the Vatican, changing from a market economy into a market society?

AdB: In his recent book, What Money Can’t Buy, Michael Sandel examines a society where everything that used to be free from the rules of the market (land, art, culture, basic relationships) is now prostrate before them. He asks whether we might as well admit that we pay the unemployed to stand in queues in our place, that social security pays smokers and fat people to get help, that children get money from schools for doing well academically, and that prisoners can pay to have better cells. (In his book, Sandel cites actual examples of instances in which unemployed people have been paid to stand in a queue in someone else’s place, cash incentives were offered to cause people to give up smoking or to lose weight [unsuccessfully] or to do better in school, and in which convicts in Santa Ana, California can pay to have better cells.—Ed.) These are some of the bizarre but fundamental questions that the expansion of the market into all aspects of life forces upon us. Sandel then demonstrates that, since money mediates all social transactions, financial incentives can have the opposite effect of what we expected, since money erodes the value of all the goods to which it purchases access (paying a child to go to school eats away at the very idea of education).

A society which no longer consists of anything but legal contracts and market exchanges is simply not viable, because contracts and trades are never enough by themselves, and thus can never be the foundation for a society. If the system lives by money, it will die by money, and we’ll find this out all too soon.